April 7 is World Health Day. It’s also the birth anniversary of Pt Ravi Shankar, who went on to live a good 92 years. A look at the iconic Hindustani musician from the angle of another top instrumentalist: 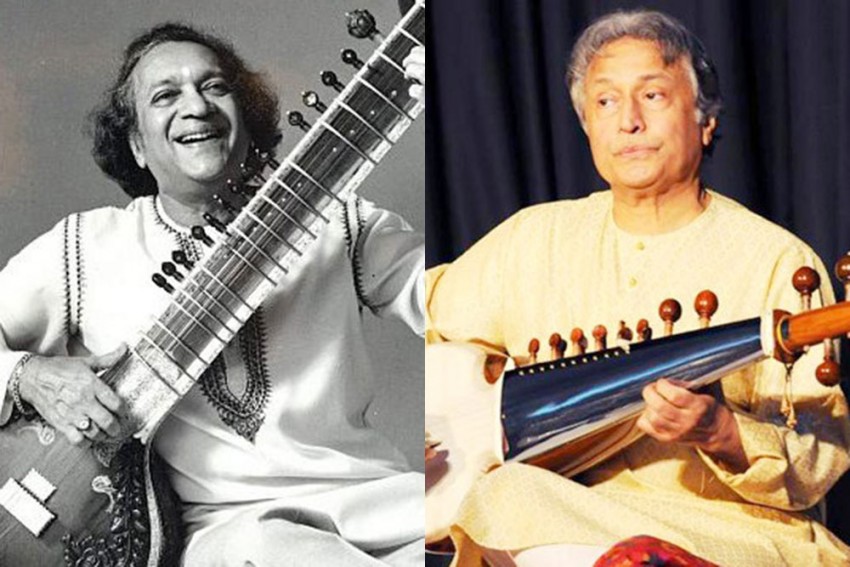 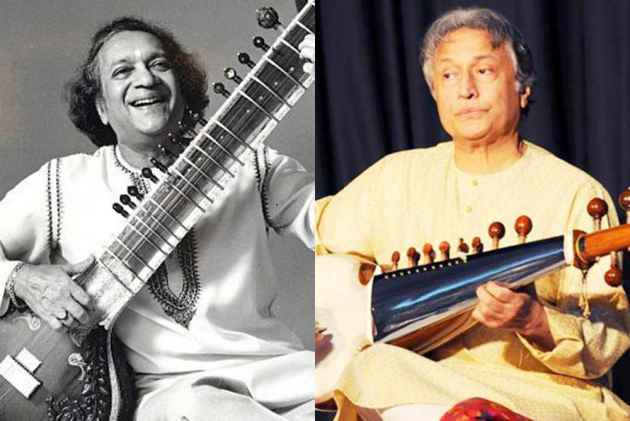 Three-and-a-half decades ago, when they were already in the peak of artistic fame, classical musicians Ravi Shankar and Amjad Ali Khan happened to stray into a patch of strained relations. The two world-renowned instrumentalists did recover from that uneasy phase which was apparently triggered by the Indian media, though “how exactly?” they patched up is one question that a recent book doesn’t offer to answer.

It all started with a 1984 report by a leading news agency in the country, recalls Khan, who is 72 now and has for long been an acclaimed sarod player of the Hindustani idiom. That year, United News of India (UNI) approached him for a one-on-one, having informed Khan that the wire service had already interviewed the sitar maestro in what sensed like a prequel. A journalist with the Delhi-headquartered UNI had “said they had Ravi Shankar on a set of prepared questions, and wanted my views on the same,” Khan looks back in his latest book titled Master on Masters.

For all admiration two fellow professionals share, it is not necessary that they agree on every point even within their art. And signs of that began popping up when Khan opened his mind to the scribe. “In response to one of the questions, Raviji had said young musicians should not go on the stage,” the sarodiya notes in the 122-page book released last year. To Khan, early-age exposure and encouragement are “healthy” for up-and-coming artistes. “If they are not good, the audience will reject them, but we must encourage young musicians to perform.”

Then came a query. That was on sadhana. The sitarist had ostensibly gone by the literal meaning of it—and said that daily/regular practice (or ‘riyaz’ as is the usual term in north Indian music parlance) is something seen less among the newer generation. Khan, 26 years younger to Ravi Shankar, sought to go by its spiritual connotation and said “sadhana is a relationship between the individual and God”.

There could have been more in the list of differences. Khan, “however, was not aware of our contradictory statements at the time”. What’s more, not long after the interview, he left for a foreign tour. While the sarodiya was giving concerts in the US, back home the national media was hotly debating a virtual spar between him and the sitarist. The print headlines went like ‘Amjad flays Ravi Shankar’, he recalls. “It was blown out of proportion.”

Then, something Hindustani happened in Canada. Khan was in Ottawa, where he was to give a concert with accompaniment from star percussionist Zakir Hussain. The tabla wizard “told me that Raviji wanted to meet me.” How come? Why suddenly? “Before coming to Ottawa, Zakir Bhai had met Ravi Shankar somewhere in Canada.” Khan goes on to write that he “admired and appreciated the fact that Raviji wanted to clarify things.”

It would read like the stage was set for rapprochement. But then, if the senior artiste was admirably the one to make the first move to break ice, the sarodiya found the prospect of such a sit-together—where he will have to make his point clear too—rather awkward. Or, so it seems. Thus, “as a mark of respect, I felt it was inappropriate on my part to have that kind of a conversation with him so we didn’t end up having a meeting on this matter.”

This episode apart, the relations between the two masters had been “very close”, as Khan notes. Ravi Shankar had, in the autumn of 1977, “visited my residence in Delhi when my elder son Amaan was three months old. That year, Ravi Shankar had performed in Calcutta for the the Haafiz Ali Khan Memorial Trust set up in memory of Amjad Ali’s sarodiya father. A couple of year, on an identical occasion, the sitarist gave a concert in the national capital. “He also attended a few of my concerts,” notes Khan, pointing out that some of them were abroad: New York, Los Angeles and Birmingham.

Much before all these, a performance of Khan in Calcutta in the presence of Ravi Shankar had been “a turning point of my life”, says the sarod player. That was in 1964, when a week-long Sarba Bharatiya Music Conference was coming to a close at Shyam Park in the eastern Indian metropolis. He was scheduled to play on a night that was slated to conclude with a duet between sarod master Ali Akbar Khan Sahab and Ravi Shankar. In between, towering Bhimsen Joshi was to give a vocal recital.

Around that midnight, Khan got a phone call from a key festival organiser that an unanticipated logistical issue had led to an alteration in the programme sequence: the sitar-sarod jugalbandi will now happen before Khan’s concert. Yet, when he reached the venue and got on to the dais, Khan noticed that Ali Akbar and Ravi Shankar were conspicuously present among the listeners. “I was a bit overwhelmed, but I closed my eyes.... When I finished, both the musicians came on to the stage soon after and immediately began playing a duet...”

Clearly, Ravi Shankar (1920-2012) has been a presence that inspired many fellow musicians. It was eight decades ago—in 1938—that the Benares-born Bengali teenager took to sitar in a big way under court musician Baba Allauddin Khan, giving up a breezy tryst with dance as a member of a renowned troupe led by his elder brother Uday Shankar (1900-77). Not only did he debut at a public performance the next year, in barely two decades’ time, Ravi Shankar played a landmark duet with top-most Western violinist Yehudi Menuhin when they cut an LP disc in 1958. That was a decade after the sitarist has joined the studios of nascent India’s All India Radio by taking charge of its national orchestra called Akashvani Vadya Vrinda.

Then, by 1966-67, Ravi Shankar migrated to America by shifting his Kinnara School to Los Angeles. Since then, for the past half-a-century Indian classical music has found increasing charm on the trans-Atlantic shores.