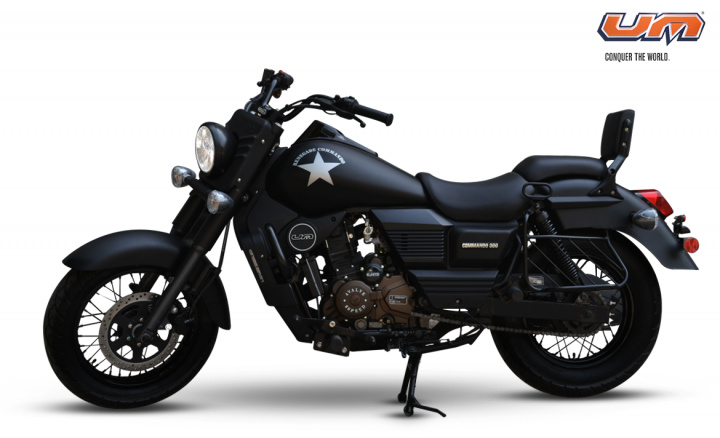 To cash in on the ongoing merry-making, UM Motorcycles has announced festive season savings on all its bikes along with new paint schemes for the Carb variant of the Renegade Sport S and the Renegade Commando. The Sport S now comes in gloss black while the Commando gets a matte black paint job. Aside from these colours the bikes are also available in three other colour options: red, silver and orange for the Sport S; and matte green, burgundy and black for the Commando.

Additionally, customers who purchase a UM Renegade stand a chance to save up to Rs 10,000 in the form of cashback. Up to Rs 7,500 can be availed via Paytm or up to Rs 4,000 on Droom, an online car trading portal. 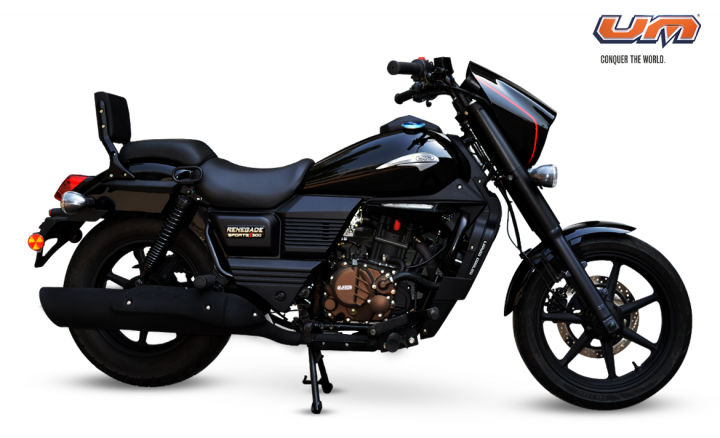 In terms of features, both bikes get an USB charging port and a single-pod semi-digital instrument console mounted on the tank. Apart from the new colours, the carb variant looks identical to the Fi variant.

The Renegade Commando and Sports S are powered by a 279.5cc, single-cylinder engine which is offered in both fuel-injection and carburetted states. While the Fi and Carb variant produce a similar torque output of 23Nm, the former churns out 25.15PS of power while the latter makes 23.7PS (down by 1.5PS). It comes mated to a six-speed transmission.

Both the bikes share the same underpinnings. Wherein, suspension duties are handled by conventional telescopic forks up front and a twin shock absorber setup at the rear. Anchoring the bikes are a single 280mm disc brake at the front and a 130mm drum unit at the rear. Their 16” front and 15” rear tyres come shod in 110-section and 140-section tyres respectively.

The UM Renegade Commando and Sports S now sporting a carburetor are priced at Rs 1.85 lakh and 1.79 lakh respectively. At this price point, they compete with the Royal Enfield Thunderbird 350X (Rs. 1.57 lakh) and the Bajaj Dominar 400 ABS, priced at Rs 1.63 lakh (all prices ex-showroom, Pune).