Five people were killed at around 7 pm on Thursday in Bishnoimukh village near Dhola-Sadiya bridge in Tinsukia district. 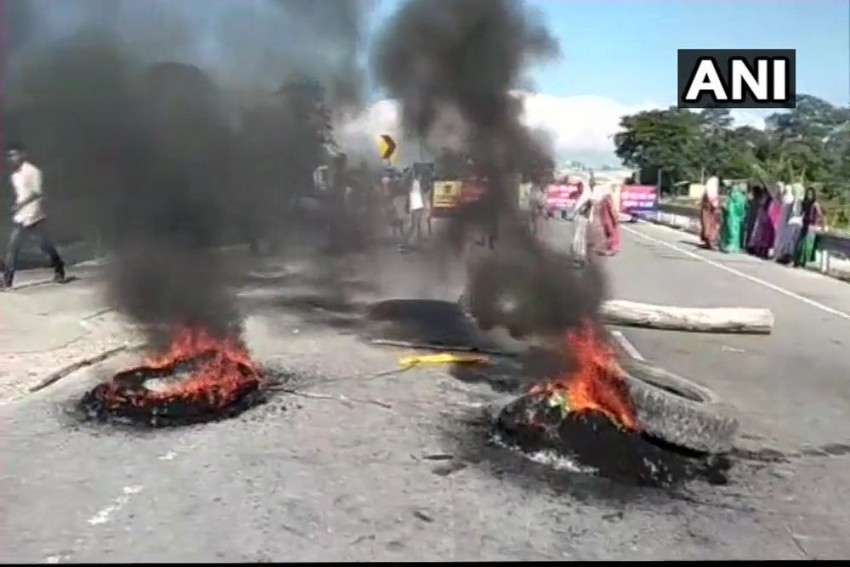 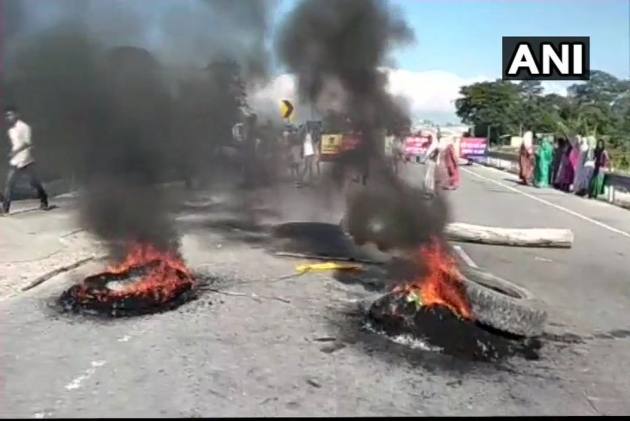 The All Assam Bengali Youth Students Federation has called for a 12-hour shutdown in Tinsukia town as a sign of protest against the killings committed by the United Liberation Front of Assam (ULFA) terrorists  on Thursday.

"The incident has hurt us. The Union government had promised to protect the Bengalis. But, these claims are in vain. Big leaders must provide us with adequate security, and the guilty should be awarded rigorous punishment," said Shubhankar Dev, the leader of the Student Union.

Ministers Keshab Mahanta and Parimal Suklabaidya, accompanied by Director General of Police, Kuladhar Saikia, also reached the spot, even as some local women blocked the Dhola-Tinsukia highway and burned tyres in agitation.

Assam: Women block Dhola-Tinsukia highway & burn tyres in protest in Tinsukia. All Assam Bengali Youth Students Federation has called a 12-hr shutdown in the dist today in protest against murder of 5 people by ULFA terrorists in Bishnoimukh village near Dhola-Sadiya bridge y'day. pic.twitter.com/IOmhEpTx4W

Dev further refuted reports of a divide among the Assamese community.

"Some people have been spreading lies about a rift between people of Lower and Upper Assam. We are Assamese, born on Assam's land and will die on this very land. People who were murdered on Thursday were locals, not Bangladeshi. Armament is not a solution to peace. Assam government should hold talks and apologise to the Bengali ethnic community in Assam. The police are ineffective and have failed to protect Bengali completely," the student union leader added.

Sanjay Kishan, a local Bharatiya Janata Party MLA, also criticised the attacks and condoled the killings. "The unity between us can never be broken. Some outfits are trying to break down this unity. We will visit the scene of the attacks. It is not sure whether ULFA is behind this attack or not. We will weed out the perpetrators and the government will conduct operations to identify them," he said.

Assam: Visuals from Tinsukia. All Assam Bengali Youth Students Federation has called a 12-hour shutdown in the district today in protest against the murder of 5 people by ULFA terrorists in Bishnoimukh village near Dhola-Sadiya bridge yesterday. pic.twitter.com/9GyPMvnUjq

Assam Chief Minister Sarbananda Sonowal has condemned the attack in Tinsukia and directed the law enforcement agencies to take stern action against the perpetrators.