Neomi Rao comes from a Parsi family and her parents, both doctors, immigrated from India. 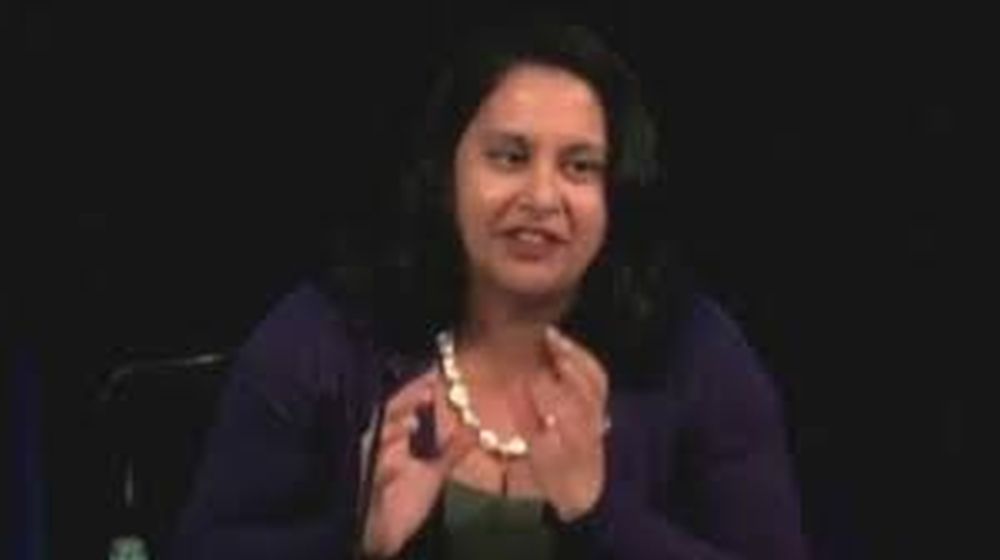 US President Donald Trump has announced that he is nominating an Indian-American woman, Neomi Rao, to the senior judgeship that was vacated by Brett Kavanaugh when he was elevated to the Supreme Court.

Flanked by a phalanx of about 20 top Indian-American officials in his administration, Trump said at the annual White House Diwali celebrations on Tuesday that Rao was his pick for the District of Columbia Court of Appeals judgeship.

She is a "great person" who "is going to be fantastic", he said.

Considered the most important court below the Supreme Court, serving on it is considered to open a path to the nation's top court as four of the nine current justices had risen from its bench.

Of the 13 courts of appeal, the one in the District of Columbia is regarded as the most important as it is based in the nation's capital and weighty federal litigation ends up before it.

Another Indian-American, Sri Srinivasan, who was on former President Barack Obama's shortlist for the Supreme Court, is also on the DC court of appeals.

Trump said that Rao's announcement was scheduled for Wednesday, but that he decided to do it a day early because the celebration was an appropriate venue.

A conservative former law professor, Rao, 45, heads the Office of Information and Regulatory Affairs in the President's executive office which reviews government regulations and oversees collection of information by government and privacy policy.

The Senate will have to approve her appointment.

As a woman and a minority, her appointment carries a lot of symbolism after the messy elevation of Kavanaugh to the Supreme Court after at least two women accused him of sex abuse.

Although the Senate approved his appointment to the Supreme Court with a vote mostly along party lines, Trump faced strong criticism for nominating him and protests were held around the nation because of the allegations.

During the approval process, the Senate heard graphic testimony from a woman who said that he had abused her while they were high school students more than 35 years ago.

For Trump, who has been accused of being personally abusive towards women and of insensitivity to them and to minorities, Rao's nomination could ensure smoother sailing for his nominee in the Senate, although as a conservative she will face an ideological inquisition at the hands of the Democrats.

Rao comes from a Parsi family and her parents, both doctors, immigrated from India.

A graduate of Yale University, she received her law degree from Chicago University and went on to be a clerk for Supreme Court Justice Clarence Thomas.

She has worked as a lawyer in former President George W. Bush's White House and with the Senate judicial committee before becoming a professor at George Mason University.

Trump praised the Indian-Americans in his administration, saying: "I'm grateful to have numerous Americans of Indian and Southeast Asian heritage who fulfil critical roles across my administration. And they've done an incredible job."

About 20 Indian-Americans holding senior positions in Trump's administration surrounded him at the celebration.

But the senior-most of them, UN Permanent Representative Nikki Haley, who is a member of his Cabinet, was not there.

Haley, who has announced she would be leaving her office at the end of the year, was in New York speaking at a Security Council session on the elections in the Democratic Republic of Congo.

Trump proudly introduced several of the officials with individual remarks praising them.

When he called up Federal Communications Commission Chairman Ajit Pai, Trump joked about a decision he had made against the merger of two broadcasting companies, which the President had favoured.

Earlier, Indian-American Bimal Patel  was nominated to a key administrative position in the Treasury Department by US President Donald Trump.

President Donald Trump has roped in a top Indian American nuclear expert for a key administrative position in the department of energy.  Trump has announced his intent to nominate Rita Baranwal to be an assistant secretary of energy (nuclear energy) at the Department of Energy.