Social Media Moghuls: Meet The Top Influencers Of India In 2021

Love, hate them, you sure cannot ignore them. Social media influencers are revolutionising content creation and shaping our viewing and buying habits. But do we know how influential these influencers are? Find out as Outlook Business in association with Grapes Digital brings you the nation’s first ever Influencer Ranking.

Avneet Kaur caught the attention of the masses when she participated alongside Darsheel Safary in the celebrity dance show Jhalak Dikhla Ja 5. That was eight years ago. Today, the 20-year-old has more than 2.5 million followers on Instagram and is one of the top ten social media influencers in India. Yes, for the first time ever, Outlook Business in association with Grapes Digital brings to you the official ranking of the Top influencers in India. Exciting, isn’t it, but certainly not easy. What will go on to be a twice-a-year exercise in the future keeping in mind the evolving segment that social media and influencer marketing are, the outcome, we expect, will be more than interesting. Isn’t it surprising enough that in a country obsessed with Bollywood and Cricket, a new crop of ‘people next door’ are inspirations? Is it just one of the post-pandemic effect or is the phenomenon here to stay? We are as inquisitive as you are… 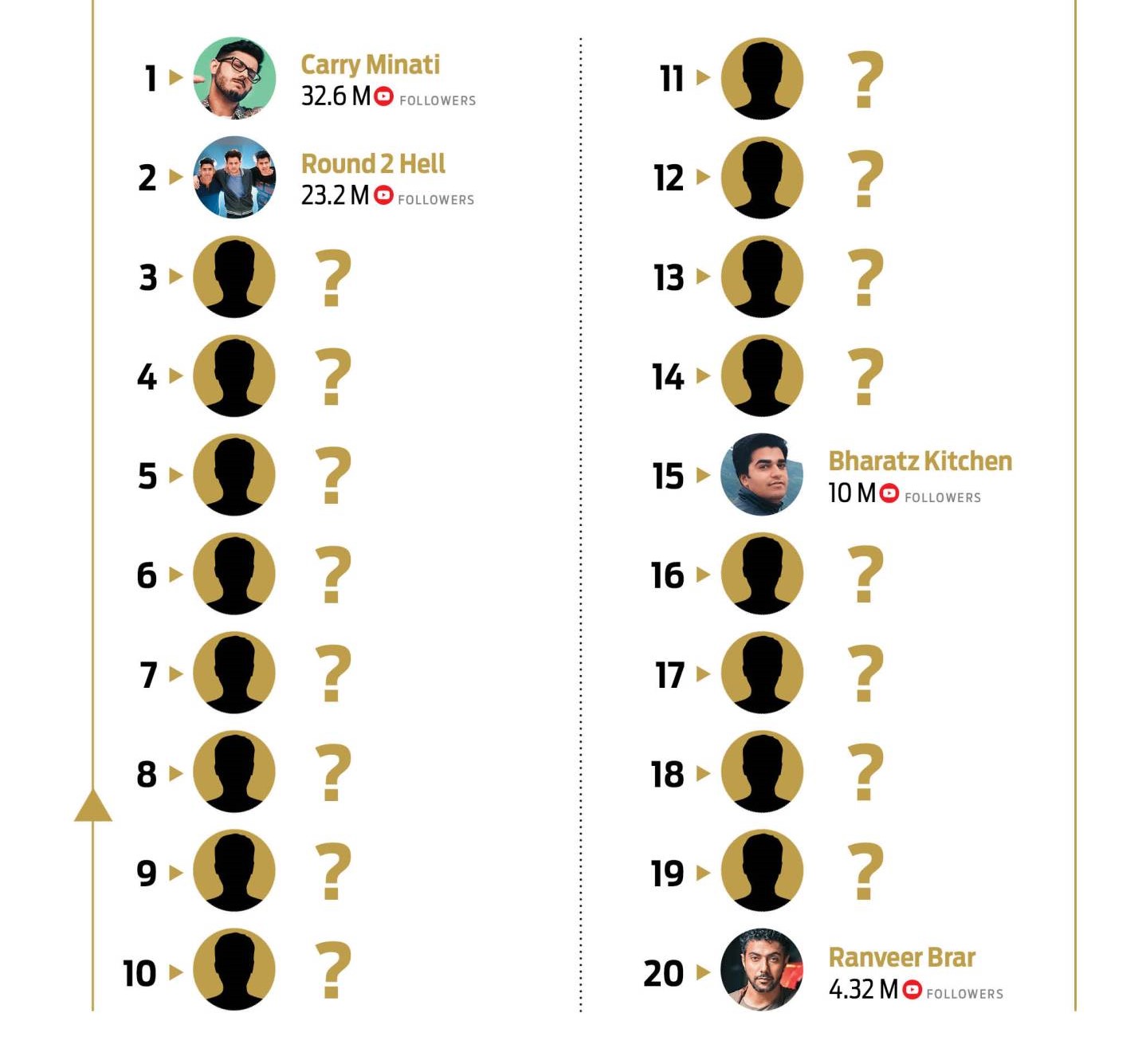 The first of its kind rankings is measured mainly by considering the follower base and the engagement rate of influencers. Sometimes, there’s an increase in the follower base but not an increase in engagement, which is mostly because of a lack of credible followers. Several influencers buy followers to help increase their visibility with a hope of attracting more brand associations. That said, the formula that is used is the Influencer Index Score, which is the weighted average of 40% of the follower base and 60% of the engagement rate, so many top scorers might have lesser followers than those ranked below them. But it is engagement that matters in the world of influence.

This also helps establish the authenticity of the followers and the right engagements based on the quality of content. This ranking will help brands take an informed decision armed with insights into the real Influencer Index Score. So, along with the top 10 influencers across platforms and categories, we also bring you the top 5 in the most popular segments of influence and consumer engagement. Cheers to those influencing India the most.

To read more on top influencers of India and their impact on brands and consumers. Visit: https://www.outlookbusiness.com/category/magazine/November-01-2021/November-01-2021-260