'I first resigned and then I was expelled from the party... I resigned to go public with my protest...There is a problem with inner party democracy. Activists are feeling more and more suffocated because their voices are not heard' 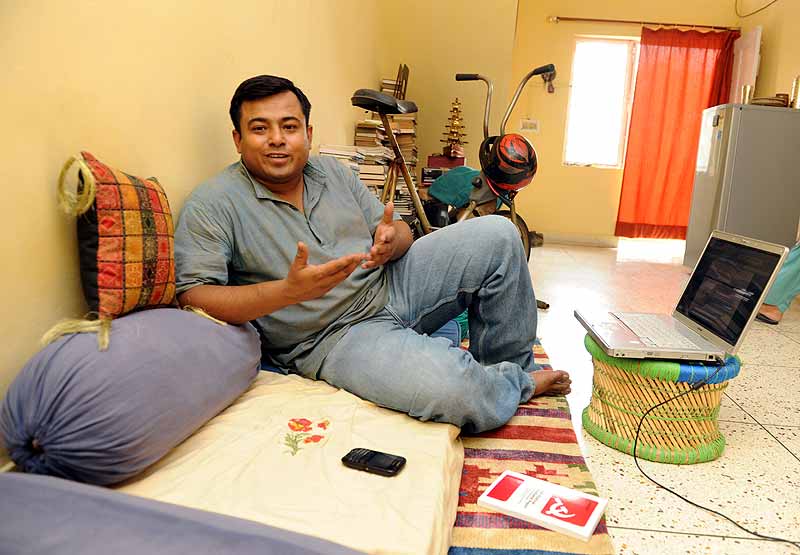 What is your status in CPI (M) now? Resigned or expelled?

I first resigned and then I was expelled from the party. I don’t want to make out anything from the expulsion. All that I can say is I am not a party member now.

Censure for V.S. Achuthanandan and expulsion for you?

Comrade VS has been censured apparently because he spoke out against the brutal murder of a political leader in his state belonging to another leftwing party. I personally think there is nothing wrong in condemning the murder of T.P. Chandrashekharan and demanding action against the guilty. But his case is not comparable to mine. He is a senior mass leader. I am simply an activist.

I have had disagreements with several major decisions of the party on which I wrote letters to the polit bureau. In all I gave six letters…the first one I wrote was in 2006 on the issue of industrialization and land acquisition in West Bengal. I never made those letters public. But this time I felt like openly protesting against the decision to support Pranab Mukherjee because that was not in keeping with the party congress decision. I resigned to go public with my protest.

So, the problem is with the party leadership?

Not any individual leader but yes I think that the leadership as a whole is unable to decide which political direction to take collectively.

You are hinting that party top leadership is confused on how to tackle the state issues, or they are deliberately doing this or they are unable to control the crisis at states?

I do not think this is deliberate. I am sure that party leadership also wants to resolve these issues. The problem is that the approach is incorrect. The political direction should be decided through an informed debate involving the rank and file, through democratic discussions. Unfortunately, the structure of the party does not permit this. There is a problem with inner party democracy. Activists are feeling more and more suffocated because their voices are not heard. This is quite unfortunate.

So has CPM become a one way traffic party?

Democratic centralism should mean that the flow of opinions is in both directions. Right now it only works in one direction – from the top to lower levels. Feedback or criticism from below is not reaching the top. While reviewing major decisions, nobody is held properly accountable. If we keep going like this, we are bound to repeat the mistakes.

Supporting Pranab Mukherjee is not the first mistake committed by the party. There has been one mistake after another in recent years. This is not a good thing and this is affecting the credibility and popularity of the party.

Your party general secretary says that there are some individuals who are trying to hit-back in an undisciplined manner.

I resigned before going public. I am not raising personal or individual issues; I am raising political issues which have an impact on the larger Left movement.

Some insiders say that since 2005, when Prakash Karat became the general secretary of the party, the party is facing a down fall.

I don’t see the problem in that way at all, especially with Comrade Karat. The problem is with the decision-making process of the leadership. Our generation views things in a different manner…it is more result oriented, it demands more clarity, transparency and accountability and there is a greater impatience with mistakes. The leadership should address this. There is a need to change the style of functioning.

What about both the strong-hold states (Kerala and West Bengal)? What went wrong there?

I have less to speak on Kerala. I come from West Bengal. There is a serious problem with the direction of the party in my state for some time. The tactic to divide the Trinamul Congress and Congress at all costs have not served any purpose. Party’s position on the nuclear deal was compromised by allowing the UPA-I government to go to the IAEA with the safeguards agreement. Narrow considerations related to panchayat elections prevailed. This turned out to be a mistake. Again a similar mistake was repeated by supporting Pranab Mukherjee. Within weeks, we find ourselves voting along with the TMC for a Congress candidate in the Presidential polls. This is happening because there is a problem with the political direction of the party.

You also pointed out generation gap?

I am not talking about the age of party leaders. Party’s decision making process is non-transparent. Major decisions are being taken which are not based on sound political principles. And the style of functioning of the party is also leading to a disconnect with the younger generation.

Are you saying that party has left the space for civil society representatives like Anna Hazare? They are now at the centre stage where the party should have been?

I don’t think that is the case. Anna’s movement is basically a middle class movement. He is addressing the unrest of the middle class. I don’t see it like Anna Hazare coming and replacing the Left. But yes, I agree that the Left should have gone more on the offensive against corruption. In late ‘80s and then during Narsimha Rao’s time, the Left was in the forefront of the anti-corruption movement. That helped the Left too. That initiative is missing.

Your comments on party’s action against its own students’ wing in JNU?

The SFI leaders in JNU have minds of their own and they can comment or react on issues independently. They are taking political positions given their political interests and experiences in JNU. Some of their positions are similar to the positions I have taken. The way this drastic disciplinary action has been taken and the SFI unit has been dissolved in an unprecedented manner over political differences is very unfortunate and a wrong move. This four decade old unit has contributed a lot to the Left movement.

Other left parties are saying that the crisis within the CPM is damaging the image of left as whole.

Intolerance towards dissent has become a big problem for the party as well as for the larger Left.

So what should be done?

Where do you plan to go from this point now?

In interest of the larger Left movement, I would like to write about issues which I consider relevant in order to promote debates, discussions and dialogue. Recent developments from across the world suggest that the only Left which has been able to grow and flourish in the times of capitalist crisis is a united, non-sectarian and radical Left. The Left movement in India has to address these issues while facing the challenges before it.

Any plans to join any left party? Any proposals from other left parties?

I don’t have any immediate plans to join any party. In the medium term, I am not closing the option of joining any left party, including the CPI (M).