They Pretended To Hit Me In Video, But Never Harmed: Tom Uzhunnalil Narrates His Life In ISIS Captivity 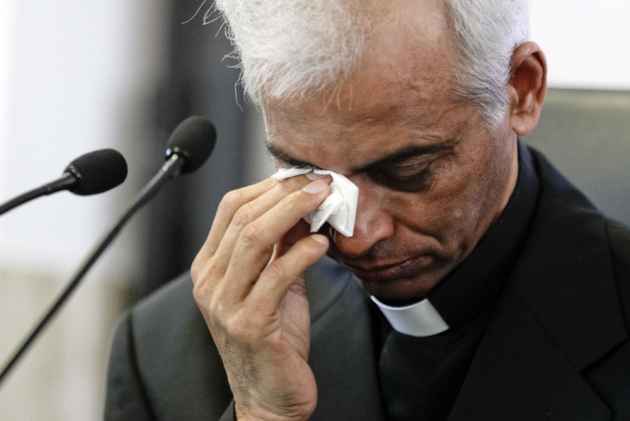 Indian priest Tom Uzhunnalil, who was rescued from ISIS terrorists in Yemen, has said that he was never physically harmed by his abductors even though they pretended to hit him in videos released during his captivity for speedy response in negotiations, reported AP. He also said no gun was pointed at him.

“I thank God Almighty for this day. He saved me healthy enough. Clear mind. Emotions under control until now,” the report quoted him as saying. “God has been extremely kind to me. No gun was pointed at me,” he added.

Uzhunnalil worked at an old-age home, founded by Mother Teresa’s Missionaries of Charity, and had spent 17 months in captivity.

According to the AP report, Uzhunnalil’s voice broke as he publicly expressed his condolences. He said when the home for senior citizens was attacked, he identified himself as an Indian and he was brought to another room “while they killed the others,” the report says.

He said he was taken from Yemen by car to Oman, and then brought by air to the capital. From there he had gone to Rome.

Meanwhile, the head of Uzhunnalil’s Salesian order, Don A.F. Artime, said they had no knowledge of any ransom having been paid to terrorists for his release. “No one asked us for even a euro,” Artime said, adding, “We don’t know anything about this. I believe that Father Tom knows even less.”

They provided tablets to treat his diabetes and took care of his basic needs, the priest said.

According to the priest, Uzhunnalil lost about 30 kilos in captivity. He said Uzhunnalil’s health is “very delicate, very weak,” but “he is calm of spirit.”