The Monster On The Hill

As long as huge sums are needed to get elected, corruption will reign supreme. 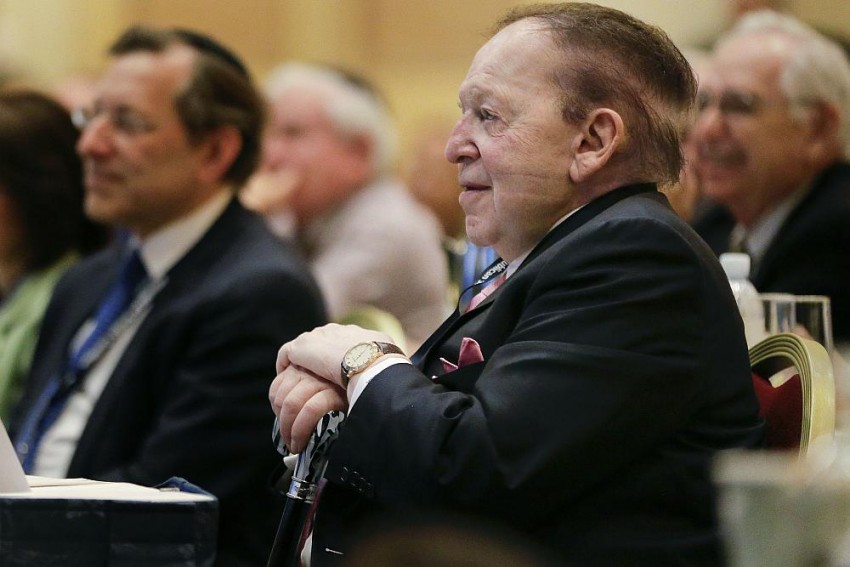 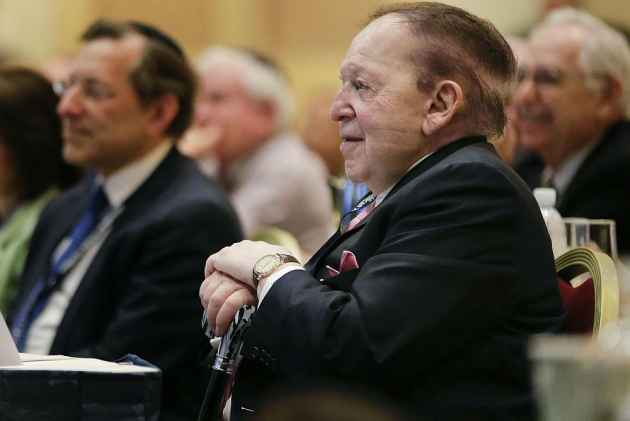 THERE IS nothing better than a scandal every week. A juicy scandal excites people, engages the media, takes our minds off matters like war and peace, occupation and apartheid. Like panem et circenses (bread and entertainment) in ancient Rome.

This week we had several scandals to occupy us. Ehud Olmert, a former prime minister, was convicted of taking huge bribes when he was the mayor of Jerusalem. He was paid for approving a monstrous building complex on the highest hill of West Jerusalem, visible from a great distance.

As if this was not enough, Sylvan Shalom, a cabinet minister with half a dozen functions, was suspected of sexual assault. A former secretary remembered that 15 years ago he had attacked her in his hotel room.

With such exciting news to deal with, who can spare the time and energy to think about the crisis in the Israeli-Palestinian negotiations, which never really started at all? The public knows well enough that these negotiations are a farce set in motion by an American administration which does not have the guts to stand up to the hirelings of the Israeli government in Congress and impose anything on Binyamin Netanyahu.

INDEED, IF anyone had any illusions about American politics, they were dispelled this week.

The casino mogul, Sheldon Adelson, organized a public display of his power.

He summoned to his Las Vegas betting paradise the four most probable Republican candidates for the next presidential elections, in order to choose one of them. All the invitees heeded the summons, of course.

It was a shameless exhibition. The politicians grovelled before the casino lord. Mighty governors of important states did their best to sell themselves like applicants at a job interview. Each of them tried to trump the others in promising to do the Mogul’s bidding.

Flanked by Israeli bodyguards, Adelson grilled the American hopefuls. And what was he demanding from the future president of the United States? First of all and above everything else, blind and unconditional obedience to the government of another state:

Adelson is one of the richest Jews in the world. He is also a fanatical rightist— not only an American rightist, but also an Israeli one.

While he is now looking for the best American president money can buy, he has already chosen his Israeli stooge. He has done something unprecedented in Israeli history: created an instrument to impose his ultra-right views on the Israeli people.

For this purpose he has invested large sums of money in a daily newspaper of his creation. It is called “Israel Hayom” (Israel today), and is literally priceless: it is distributed for nothing all over the country. Its readership is now the largest in the country, threatening the existence of the former No. 1, “Yedioth Ahronoth” and killing the next one, “Maariv”.

The sole purpose of Adelson’s paper is to serve Binyamin Netanyahu, personally and politically, unconditionally and unreservedly. This is such a blatant intervention in Israeli politics by a foreign billionaire that it is causing a reaction: all Knesset factions, both rightist and leftist (except the Likud, of course) have signed a demand to put an end to this corruption of democracy.

CURIOUSLY ENOUGH, the Zionist movement was founded in a casino. That was the name of the hall in Basel, Switzerland, where the First Zionist Congress took place in 1897. But it had nothing to do with betting. The Stadtkasino was just a centrally-located hall.

Since then, casinos had become betting places, connected in the public mind with the Mafia. Nowadays they seem to be kosher in the US, though strictly forbidden in Israel.

Las Vegas has now become the capital of American politics. Everything Adelson does is done openly, proudly, shamelessly. I wonder how ordinary Americans react to this spectacle of one billionaire - especially a Jewish one - choosing their next president for them.

We are told that anti-Semitism is on the rise in Europe and and across the globe. In the crazy mental world of the anti-Semites, Jews control the cosmos. And here we have a Jew, straight out of the pages of the Protocols of the Elders of Zion, trying to appoint the ruler of the mightiest country on the planet.

Adelson has failed in the past. Last time, he spent huge sums of money on one hopeless candidate, and then on the winning Republican nominee, who was soundly trounced by Barack Obama, a liberal, black abomination. But nobody can be sure that this will happen again. For Adelson, the slogan could well be: “If money does not work, try more money!”

THE BASIC problem is that the American political process is totally corrupt. There is no other way to put it.

In order to become the nominee of one major party, and then to be elected president, one needs enormous sums of money. Since the major battlefield is TV, and candidates have to pay for it, these sums get bigger and bigger.

It is nice to think that ordinary citizens can raise these sums with their modest donations, but that is an illusion. Donations of these dimensions can only come from the rich, especially from the very, very rich. (Americans don’t like this revealing word anymore and speak of “the wealthy”. But that is sheer whitewashing.)

A billionaire does not donate a fortune for a presidential candidate for nothing. That’s not how he became a billionaire in the first place. Once he gets his man elected, he demands his pound of flesh, many pounds.

I am told that Adelson wants internet betting to be prohibited, so that ordinary, honest-to-goodness casinos can flourish. But I have no doubt that his right-wing Zionist passions come first. If he succeeds in installing his favourite in the White House, the US will become totally subservient to the extreme right-wing in Israel. He might as well put Netanyahu in the Oval Office. (Now there's an idea! It just needs a small amendment to the constitution. How much can that cost?)

That would have been OK with me, if Adelson really understood anything about the Israeli-Arab conflict. With the typical arrogance of the very rich, he thinks that he does. Yet it seems that he has not the slightest idea about the roots of the conflict, its history and the acute dangers lurking in our future.

If Adelson could dictate our future, it would spell disaster for our country.

OUR OWN political system is not quite as corrupt as the American one, but it is bad enough.

Israeli parties which participate in elections get free TV time according to their size in the last Knesset, with a minimum time reserved for new parties. But that is far from enough for an election campaign.

Parties are limited in the amount of money they may accept from donors and in the amount they are allowed to spend. The state comptroller exercises strict control.

And so we come back to Olmert.

No ambitious politician contents himself with the amounts allowed. Many of them look for tricks to circumvent the comptroller, sometimes reaching the limits of legality, often going beyond. Olmert himself has been suspected several times in the past of using illegal money, but he always succeeded in wriggling out.

Contravening the law in this way is a criminal offence, but in the past, the Israeli public did not really condemn it too vigorously. The general attitude was “politicians will be politicians.”

This attitude changed when, for the first time, it appeared that politicians were accepting bribes not for the good of their party, but for the good of themselves. The first major scandal of this kind, uncovered by my magazine in 1976, concerned Asher Yadlin, a Labor Party leader who had just been appointed Governor of the Bank of Israel. It appeared that he took the bribe for himself instead of the party, and went to prison. Since then, many such cases have been uncovered. Several ministers have been sent to prison. One has already served his prison term and is back playing a central role in the Knesset. Ariel Sharon and Avigdor Lieberman escaped from indictments by the skin of their teeth.

(I have already told the story about a former education minister, who was told by a colleague: “Congratulate me! I was acquitted!” To which he drily replied: “Curious. I have never been acquitted!”)

Olmert is the latest one, and overshadows all the others because he was a prime minister. The country is shocked. But his long career has been spotted with indictments, from which he was always saved by his lawyers. At first he took money for his election campaigns. Later on he took money for himself.

THERE IS no way to roll back the corruption of the political process in the US— or here— without completely changing the electoral system. As long as huge sums are needed to get elected, corruption will reign supreme.

Until such a reform takes place, the Adelsons and the Olmerts will corrupt democracy.

And the Monster on the Hill in Jerusalem will stand as a warning.

A Glass Half Empty