Some of the legendary names in the franchise-based cricket leagues reportedly agreed to sign up with various teams in England, which is starting a new concept cricket tournament. Here's everything you need to know about The Hundred 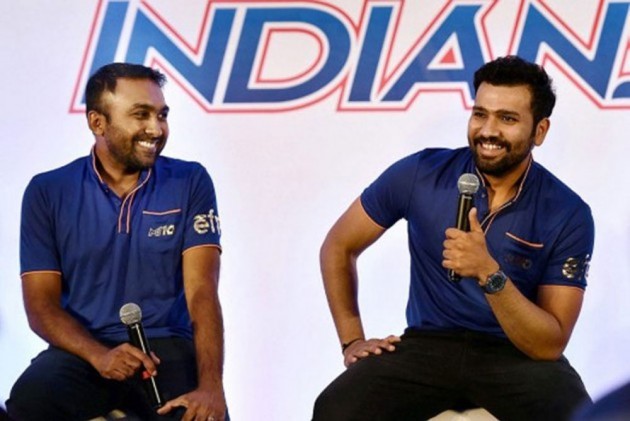 Although the deal is yet to be finalised, the talks are at an advanced stage and could be concluded imminently, ESPNcricinfo reported.

Just like his cricketing career, Jayawardene excels in coaching career as well. The 42-year-old has twice led Mumbai Indians to clinch the Indian Premier League title. He also provided his consultant coach services to the England team.

Jayawardene, however, turned down a request to work with Sri Lanka at the ICC Men's Cricket World Cup. Meanwhile, former New Zealand cricketer Shane Bond is likely to be named as Jayawardene's assistant coach.

England and Wales Cricket Board (ECB) in the last week of February this year had confirmed that the first-class counties of England and Wales agreed to a 100-ball format competition, called The Hundred.

Scheduled for 2020, The Hundred will see eight new city-based teams competing over a five-week period.

The new white-ball cricket is a 100-ball per innings. In this format, a change of end will take place after ten balls and bowlers can deliver either five or ten consecutive balls. Each bowler can deliver a maximum of 20 balls per game and each bowling side gets a strategic timeout of up to two and a half minutes.

Moreover, The Hundred will have a 25-ball powerplay start for each team and two fielders are allowed outside of the initial 30-yard circle during the powerplay. These playing conditions had been recommended by ECB's Cricket Committee. (ANI)