The Great Delhi Earthquake Of 2017

India’s capital is doomed if it is hit by a severe earthquake. What can we do about it? 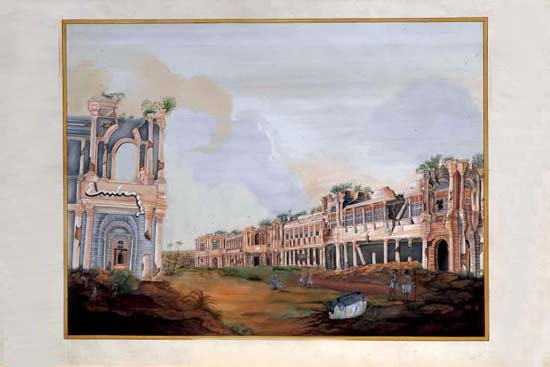 The 7.9 Richter earthquake struck at 2 AM when the city was asleep. It lasted barely 20 seconds, but its destructive power flattened almost 60% of the capital, killing half the city’s 16 million population. First to collapse were the illegal colonies of East Delhi and the trans-Jamuna and the multiple builder high-rises in NOIDA and Gurgaon, many built with local sanction but cleared without the requisite structural inputs for earthquake protection. With little preparedness and inadequate machines and supplies, disaster teams were slow to react; as fires from gas leaks raged across the city, hospitals were ill equipped to deal with the injured and homeless, who spent the night huddled in parks. Uber cabs were seen ferrying dead bodies for mass cremation in what was once Connaught Place...

The imaginary but painful scenario comes closer to reality each time the earth rumbles. The Nepal quake left a trial of destruction with over 7,000 dead, and a grim reminder to its Southern neighbour that the destructive power of a similar earthquake will be abnormally higher when urban populations is a hundred fold Nepal’s. India’s Zone 4 and 5 -- including Delhi, Lucknow, Varanasi, Patna and the mountain belt — are home to some of the densest cities on earth.

Earthquakes happen to other people, is part of the misguided belief that keeps the government unfocussed and out of sync with natural disaster regulations. Other countries have adapted to early warning systems that allow substantial lead time for evacuation and precautionary measures. Japan employs hundreds of seismometers throughout the country to provide the few extra seconds that bring bullet trains to a halt and sound alarms on private mobiles to direct people to evacuation centers. Given that at least 90% of all construction in North Indian cities is illegal, subpar, or unregulated, the necessity of warning devices becomes an important criterion for saving lives.

What would happen to the numerous illegal colonies all across Delhi, the ramshackle construction on the Jamuna river bed, and the shaky buildings of Lal Dora areas, were a high intensity earthquake to hit? The catastrophe is too grim to fathom. That many builders and their accomplice government engineers are serious criminals and should be charged with murder waiting to happen gives no comfort to people who live in makeshift or legally approved — but earthquake deficient construction.

With unchecked illegal high-rises and a history of corrupt building sanctions, mountain cities like Shimla, Nainital and Gangtok are most vulnerable. Shimla has upward of eight and ten storied concrete structures rising on conventional foundations and precariously hanging off cliff edges. According to experts, a major earthquake there would not just kill a third of its 8 lakh population with a domino-effect of collapsing buildings, but the landslides themselves would bury half the city.

The irony of such shameful administrative negligence rankles in a state with a history of traditional earthquake-resistant construction. The wooden frame that tied all the external elements of a house into an integrated whole and protected against erratic earth shifts is still visible in the rural pockets of Himachal and Kashmir, as is the light wood house of Assam and the North East. Yet a bureaucratic amnesia incorporates none of the principles of traditional construction into bye-law and leaves you wondering why forests are not cultivated for wood buildings, as they are in Canada, Sweden and elsewhere. Why are the destructive technologies of the plains allowed to proliferate in the mountains, when light frame construction should be used. Why indeed is there no city wise classification of neighborhoods and structures on the levels of earthquake resistance?

That the country remains entirely unprepared for disasters was amply demonstrated when in 2005 the Delhi government in a sudden panic approved a US aid project to retrofit some of its own buildings with earthquake protection, including the secretariat and police headquarters. To keep the government functioning in case of an earthquake may have been selfish lopsided reasoning, when the real intent was to protect VIPs, but the project was left incomplete. The Commonwealth Games were announced and attention quickly turned elsewhere. Even the National Disaster Management Authority, set up after the 2001 Bhuj earthquake, has retained its role primarily in policy making but made little headway in planning serious relief operations.

Some of the doomsday mystics of San Francisco who live close to the San Andreas Fault sleep inside steel cages built above their beds. Known as ‘survivalists’ they also keep a ready supply of freeze-dried food, giving search and rescue teams enough time to dig through the rubble in case of a 9-pointer on the Richter scale. Obviously the urban Indian cannot live like a survivalist, but with little help expected from the government, perhaps the only answer is to take matters into your own hands.