Recollections of a 27-year-old Delhiite show that anti-Sikh violence in 1984 affected more than just the one community. The city has never been quite the same since.

Eleven days after Harsha Wadhwani Basu turned three, Indira Gandhi was killed. When talking about 1984, Basu, now 27, appears obsessed with numbers. Responding to a 1995 New Yorker article written by Amitav Ghosh – The Ghosts of Indira Gandhi – Harsha pointed out, in a letter to his website, that Ghosh was 39 when writing it, while she was an awkward 14. When you meet the Sindhi literature graduate, you realise that her fascination with age is but a means of coming to terms with her personal history.

As she walks around Adarsh Nagar, the north Delhi colony where she grew up, Harsha resembles a curious anthropologist, keen to measure the extent of poison that has laced her village well. She says, “I grew up listening to my mother tell me stories of how this locality turned violent in 1984, but I hadn’t seen it with my own eyes, yet it happened to people I knew. Only after reading Amitav Ghosh’s essay and other such reports, did I realise that the scenes in my head were not my personal childhood fantasies; these terrible acts had actually occurred.” She explains further: “In a sense, it was like listening to stories from the Mahabharat, scenes where the characters acted in a manner that was all haywire. I realise now how unsympathetic my response was to the real victims who were killed and burnt,” she adds. 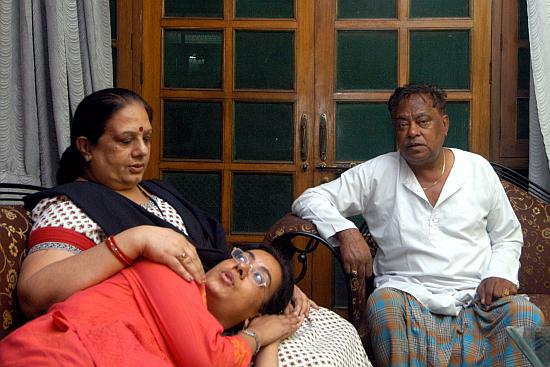 Despite the fact that her age and religion placed her on the periphery of anti-Sikh violence, Harsha’s adult response to the carnage is impassioned. She recounts daily visits to a stationery shop that was just behind her school bus stop. The Sikh owner, she says, was a friend of her father’s, and even though there were better-stocked stores in her locality, she was a patron of the little hole-in-the-wall outlet that was run by an endearing Sardar “uncle”. Harsha grew up with her mother Lata Wadhwani’s stories of how she, Lata, had stood at the gate and watched the shop being broken into and looted by goons who were menacingly roaming the streets on November 1, 1984.

As Lata now reminisces in the comfort of a peaceful Adarsh Nagar, she says, “I went up to our terrace and saw these huge flames rise into the sky. They had burnt down the nearby petrol pump.” For the longest time, Harsha believed that the burnt petrol pump was haunted. She describes her childhood visits to the place as scared flirtations with the unknown. Deconstructing why her daughter might feel this way, Lata later told her that when people die an unnatural death, their unfulfilled desires make their souls linger in the living world. Harsha was made to learn that the petrol station and its owner had been burnt by mobs in those first November days of 1984. When she read Amitav Ghosh's essay invoking Indira's ghosts, Harsha was reminded of her own phantoms. The subject of her e-mail to the writer after reading his piece is telling – “Sharing something that you created in me”.

One of the cases registered at the Adarsh Nagar police station in 1984 indicates how the locality’s non-Sikh residents did much to restrain the mobs that were intent on massacre. FIR 910/84 details the extent of fatal injuries that Hindu police officer Hari Singh was made to suffer as he tried to protect his Sikh neighbours. Sardar Harbant Singh, owner of a small fabric store in Adarsh Nagar, says that it was a show of unprecedented communal fraternity that saved him and his family. He recounts, “Mobs broke the locks of my shop and my house, but before they could enter, they were stopped by all my neighbours. They all stopped something big and tragic from taking place.” 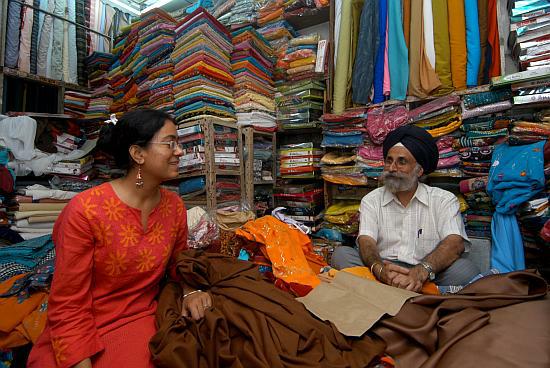 Harsha says that when she was young she would often take her mother’s duppattas to Harbant Singh for him to dye, and it is Singh’s retelling of events that makes her conclude, “Violence did not escalate in this neighbourhood, because people believed in the power of community. Scratch the surface and you will find that we can all be human.” Before she can convince herself of this silver lining, however, Harsha contradicts herself to prove that the humanism argument can easily be flipped, rendering all those around her both, culpable and capable. She says, “The fact remains that people I knew were subjected to violence by people who were angry.” The ghosts of 1984, it would seem, continue to linger, as Harsha goes on to add, “I see on TV, riots still happen in the world. I just feel scared that the next time a riot happens in my city, I will be the next victim.”