Horror Is Like Semi-Porn In India But Netflix's Ghoul Is Different: Ratnabali

Actor Ratnabali Bhattacharjee talks about her formidable Lakshmi Das and how playing the character was difficult, yet easy, at the same time. 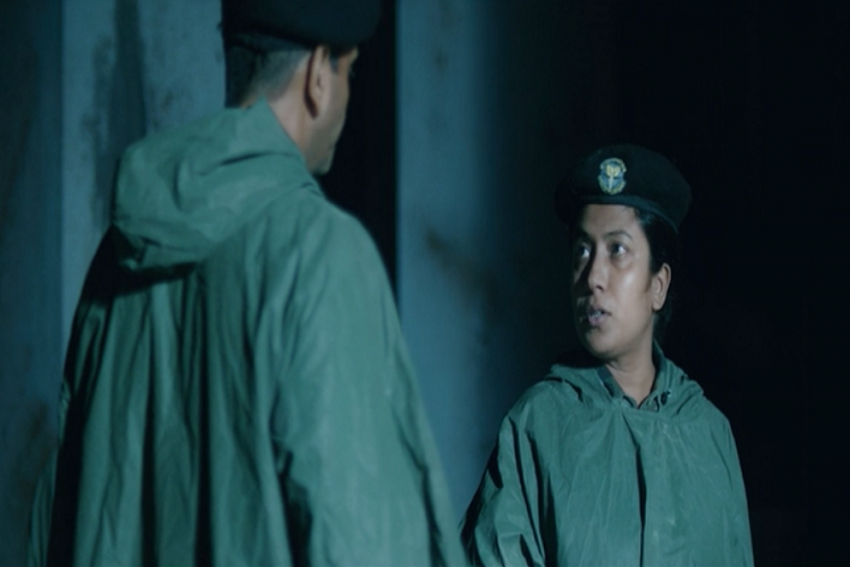 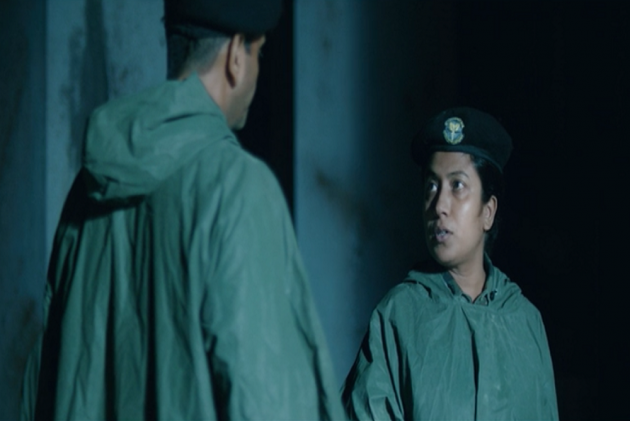 Men who look like zombies cooped up in cells that are painted with blood, a society hunting down individuals who challenge the authorities and arranging for their “waapasi”, a vulnerable Radhika Apte navigating her way through the dystopian world based some time in the near future set the stage for the Netflix India original, Ghoul, released on August 24. Directed by Mumbai-based British filmmaker Patrick Graham and also starring Manav Kaul, Ratnabali Bhattacharjee, S. M. Zaheer and Mahesh Balraj in lead roles, Ghoul’s premise feels all too familiar, yet unsettling in the present day political scenario.

As social media platforms start buzzing with opinions on the 3-episode long horror mini-series, actor Ratnabali Bhattacharjee enjoys a rather ecstatic moment in the limelight for having convincingly portrayed the role of the formidable officer Lakshmi Das, working at the secretly tucked away hellish detention centre where the action unfolds.

The actor who juggles stage and screen quite deftly was recently seen in the Bangla film Jonaki, by Aditya Vikram Sengupta. She has also starred in films like Sold, Offshore, Shorts and Waiting, and in The Viral Fever's web-series, Permanent Roommates, in the past couple of years.

In an interview with Outlook, Ratnabali Bhattacharjee talks about how different and despicably so Lakshmi Das is from Ratnabali, but how it wasn’t too difficult for the actor to find such people around her in today’s time. Excerpts:

How did Ghoul happen to you and what made you say yes to portraying the intimidating, despicable character of Lakshmi Das?

Patrick is a friend and I have known him since 2012. He is a great movie buff, especially horror, and all of us would sit and watch films together. I had no idea he was developing this story, but later he told me that he was writing a character with me in mind. I was damn kicked about it! He gave me the script to read first before I agreed to it, and the moment I read it I knew it was a page-turner...It was around 2015-2016 that he sent me the first draft. 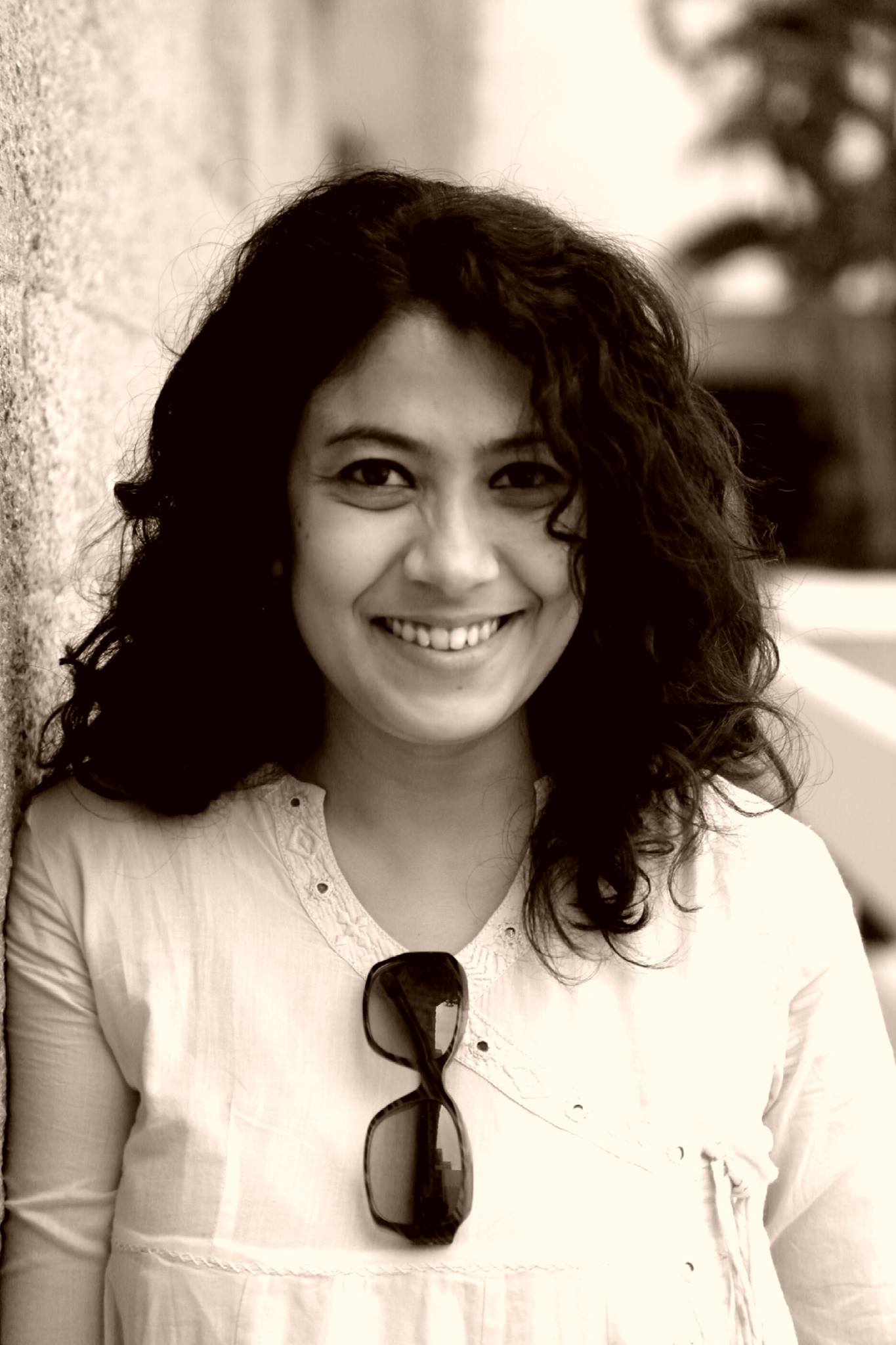 How easy or difficult is it to situate yourself in that kind of a terrifying, dystopian set-up, knowing perhaps that’s where we are headed in the future?

Obviously, I, the person cannot stand that kind of a character, who is so brainwashed that she believes in whatever she does. My own judgement of the scenario or things doesn’t come into play because it’s absolutely diametrically opposite. So it was difficult for me to want to believe in what the character believes, but I had to do it as an actor. The extremist ways in which this character thinks is unfortunately not a new thing, because every second person around us is screaming themselves hoarse on Twitter. So to start thinking like them, one can just follow them, which I have been online. It is a horrific trend one sees in India, to go the extremist way. I am in touch with reality. This is how they would think and react...you see fundamentalists going crazy on Twitter. Or even in the real world, say while killing a Pehlu Khan...you know what I mean. So to make my character believable, I had to understand that she really believes in the system. She will do what she is told, that people of this religion or that religion have been creating trouble. I will take that, I will do what I have to do. That’s basically what I took my reference from — to be the person who doesn’t question the people in authority with regard to the laws, no matter how strange they are. And this is not just right wingers, it’s also a lot of herd mentality. This is a woman who’s been put in power, and she loves power, quite clearly. So she will do it no matter what.

You’ve portrayed a wide range of emotions through Jonaki earlier this year, and now Ghoul. Do you think now is a good time to be an actor in India, especially with players like Netflix and Amazon in the field?

It’s a good time to be an actor because the webspace has challenged the age-old, traditional cinema industry across the world with really good content. So even horrendously shot dog or cat videos do well, because the content is so gripping. Content is king right now. The web has come up so organically. Even a smiling monkey taking a selfie does well. There’s bad content there too, but no one watches it even though it is just a click away. So that makes this time very exciting, across the world, not just India. And Netflix has become such a big name, everyone knows Netflix. People know that the content over there is going to be good. For writers especially it’s a very exciting time. People want unpredictable, interesting and intelligent content which does not spoon-feed, but actually challenges them, because it’s their most personal experience of viewing something nowadays on your laptop or phones, vis-a-vis a movie hall. I hope to goodness that the internet is left forever free for the whole world, because my God we could do with less chains. 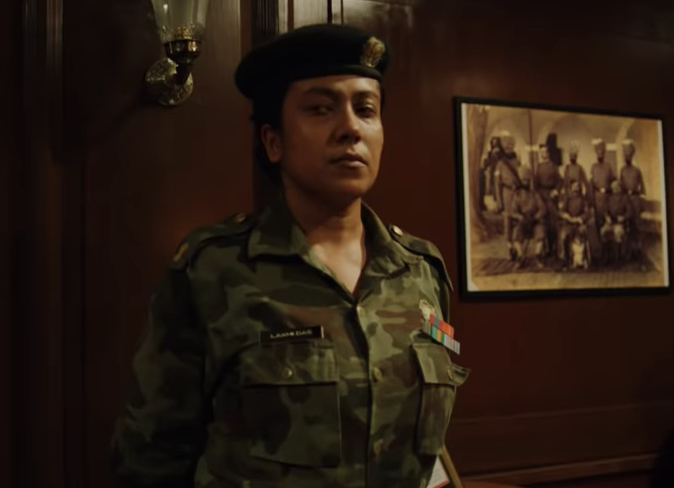 There’s also so much amazing content and important roles being written for women now. Everyone seems to be talking about Radhika Apte’s omnipresence in all of Netflix, and your role has garnered a lot of appreciation from across all quarters. Do you think production houses have now started investing more in the women of the industry, as opposed to a more male-dominated outlook earlier?

I think whatever is happening is good, but way more needs to happen, and for that women producers need to come into the field. The money to produce something has been in the hands of men, barring one or two women, which is why the content has been so male-oriented so far. The men at some level don’t get what women go through perhaps. So if there were more women producers, that would mean more women writers, because you definitely need women writers to write stories from the perspective of women. It is because men need to understand the levels to which a woman would want to go. Because every time you say “palat” and a woman doesn’t have to palat. One needs to go beyond those cliches. For example when I was writing for this web-series called Ladies Room for Y-Films with another writer, and there was this episode on abortion, there was a lot of talk between us two women on whether you’d want to have the characters feel a little sad about the abortion in one scene. Frankly speaking, in the last 20 years I have seen some hundreds of my women friends go through abortions and not be all heartbroken! It’s been a practical choice, so can we go with that thought? We did have a bit of an argument about it, but eventually they agreed and understood this point, and we turned out to do what we did, which was basically barely touched upon the thing. I mean yes, sure, she was a little iffy about it, and then her friend talks some sense into her. So it’s minute details like this, on how a woman will react, and how one woman does not represent all the different types of women that there are. Just like one man does not represent all the men that there are. It depends on different types of thoughts based on where they come from. For all these things to come into content, we need women producers. It would be nice to have some newer voices, and better representation.

With the ascent of the webspace, there is not only a lot of good content and youngsters getting an opportunity to work, but there’s simultaneously a lot of sub-standard content too. Do you think the bad content sometimes garners more attention than the good ones do?

The thing is every kind of content has its audience. Whether it’s an Ekta Kapoor serial, which I hear have also gone online, — those also have their audience. It’s not necessary that I will watch it because it does not interest me. But I will watch something else which interests me. So it’s all about perspective. Even with Ghoul, the reviews I am seeing are so mixed. Some people are saying they absolutely loved it, some are saying they aren’t enjoying it at all, there’s not enough horror and all that. That’s okay. Whoever wants to watch it will watch it.

Lastly, is there something new you have learned about the craft while shooting for Ghoul?

Watch Ghoul! But seriously, it’s been shot so well. My God! And to think it’s been shot in the basement of Tulip Star Hotel (erstwhile Juhu Centaur Hotel in Mumbai) for a month, and to transform those corridors into that kind of a look, it’s just fabulous! And for me, as an actor to hold a gun and be a bad guy and be in a horror movie… I have ticked a lot of things off my bucket list! And then to die so spectacularly on screen — shot dead and ear bitten off! Ah! Personal kick! I am very chuffed to be a part of this, and that’s because it’s good content. If it was a stupid thing being promoted so wonderfully, I’d be like “oh no! Damnit!” Especially in the horror genre, because in India horror has mostly been like semi-porn. I am glad Ghoul is not like a Sar Kati Laash or something!