In many a Hindi film the driver has been the fall guy for his seth. 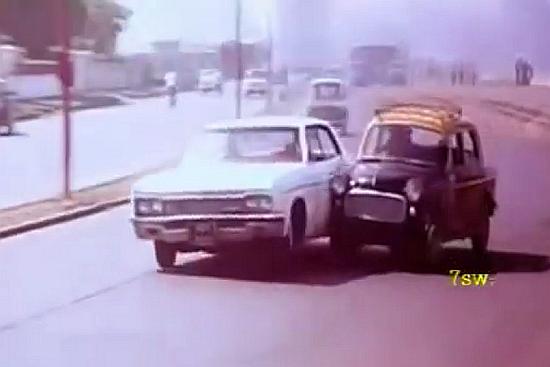 In the big news of the day Ashok Singh, the family driver of Bollywood star Salman Khan, told the sessions court in Mumbai that it was he and not the actor who was driving at the time of the 2002 hit-and-run accident in which one person was killed and four others were injured.

It prompted me to sly tweet: "Driver Satyen Kappu went to jail many a times for his master #youremember". Fact is, it was once, as driver Jack for his gangster-killer boss Shakal (Ajeet) in Nasir Hussain's 1973 musical superhit Yaadon Ki Baraat.

But Yaadon Ki Baraat is not the only one. In many a Hindi film the driver has been the fall guy for his seth.

As @diptakirti pointed out: "The most famous driver-taking-fall-for-master was Pran (Kishanlal) in Amar Akbar Anthony (1977, Manmohan Desai). The boss Jeevan (Robert Seth) did not pay his family the promised money (triple the salary)."

I found that in Geraftaar (1985) Kader Khan switches side. It is he who gets chauffeur Kishan (Kamal Hasan) framed for murder.

In Yash Chopra's 1965 classic Waqt it gets more complicated. Chinnoy Seth (Rahman) kills a drunk employee in self-defence and frames Raja (Raj Kumar). Shashi Kapoor, Chinnoy's chauffeur Vijay, who is a witness, is bought over with the promise of money for his mother's treatment.

Talking of on-screen hit-n-run cases and hostile witnesses, here's one from Zanjeer (1973)

And more recently, there was this epic drunk driving scene in Shaitan (2011)

And our TL suggested there are some fall guy drivers from foreign films as well:

@mihirfadnavis: In Wild Tales (Argentine-Spanish, 2014) a rich guy in a hit & run case pays a lifetime of money to his gardener to pose as the (errant) driver. No relevance, just tweeting.