'The Book Promotes Prejudices And Biases Against Hindus'

'Can Penguins editors really be incompetent enough to have allowed this to pass to publication? If this is not deliberate malice, Penguin must act now in good faith' 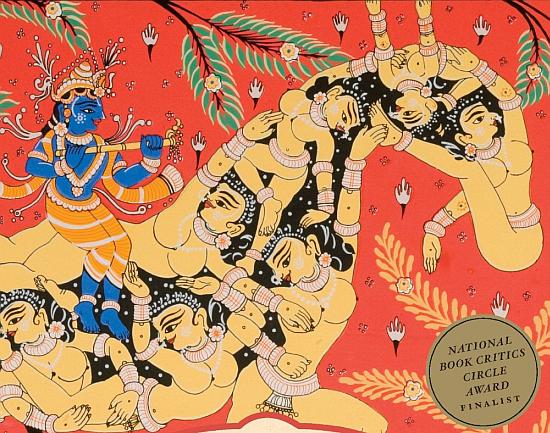 More stories from Sarasvati Research and Education Trust
View All

The following is a petition from concerned signatories to the Penguin Group asking for an apology for the publication of the factually incorrect and offensive book The Hindus-An Alternative History by Wendy Doniger. We expect Penguin Group to withdraw the book immediately.

The Hindus: An Alternative History is rife with numerous errors in its historical facts and Sanskrit translations. These errors and misrepresentations are bound and perhaps intended to mislead students of Indian and Hindu history.

Throughout the book, Doniger analyzes revered Hindu Gods and Goddess using her widely discredited psychosexual Freudian theories that modern, humanistic psychology has deemed limiting. These interpretations are presented as hard facts and not as speculations. Doniger makes various faulty assumptions about the tradition in order to arrive at her particular spin. In the process, the beliefs, traditions and interpretations of practicing Hindus are simply ignored or bypassed without the unsuspecting reader knowing this to be the case. This kind of Western scholarship has been criticized as Orientalism and Eurocentrism. The non Judeo-Christian faith gets used to dish out voyeurism and the tradition gets eroticized.

The following are a just a SMALL SAMPLING of examples of the factual errors that run rampant through this disgusting book. By due diligence that is badly overdue from your editors, you can either find for yourself, or we will be glad to direct you to, scholarly references so that you can verify these errors yourself and withdraw this obscenity.

[Page number precedes a reference to inaccurate statements in the book. This is followed by a comment citing verifiable facts.]

Maps in front pages: Maps titled Indias Geographical Features and India from 600 CE to 1600 CE
COMMENT: In the first map, the Waziristan Hills area is marked erroneously as Kirthar Range. The Kirthar Range is at least 200 miles further south. In the third map, Janakpur, Nagarkot, Mandu and Haldighati are marked several hundred miles from their correct geographical location.

Pg 112 - Wheat is mentioned as a food item in the Rigvedic period.
COMMENT: Wheat is not mentioned in the Rigveda at all. It first occurs in the Maitrayani Samhita of the Yajurveda.

Pg 130 - The author claims that there are no Gods in the Vedas who are Shudras.
COMMENT: It is anachronistic to assign castes to Rigvedic deities, but nevertheless, Pushan, Vesmapati and others have been considered Shudra deities in later times.

Pg 206 - The book wrongly states that the Hindus had only a triad of passions.
COMMENT: Hindu scriptures list six main evils and the concept of shadripus (six internal enemies) is very well known.

Pg 441 - The book claims that Firoz Shah redeemed a number of Hindu slaves
COMMENT: A misrepresentation of the fact that he employed (not redeemed) 12,000 of his 180,000 slaves forcibly in royal factories for producing articles of consumption by Muslim elites. No manumission was involved.

Pg 450- It is claimed that Emperor Ala-ud-Din Khalji did not sack temples in Devagiri.
COMMENT: His contemporary Amir Khusro clearly mentions that the Emperor sacked numerous temples and raised mosques instead.

Pg 459 - King Ala-ud-din Husain of Bengal patronized Saint Chaitanya.
COMMENT: Saint Chaitanya never met the king, and left his kingdom to avoid persecution, as did his disciples. The king had destroyed Hindu temples in Orissa.

Pg 552 - The book claims that the Ramcharitmanas was written at Varanasi.
COMMENT: Both modern scholarship as well as tradition accept that the work (or at least most of it) was written in Ayodhya.

Section on Bibliography: Shekhawat, V. Origin and Structure of purushartha Theory: An attempt at Critical Appraisal. Journal of Indian Council of Philosophical Research 7:1 (1900), 63-67.
COMMENT: The correct issue and year of this Journal issue are actually 8:2 and 1991. The bibliography has dozens of errors. Some references cited by Doniger simply do not exist.

B. DEROGATORY, DEFAMATORY AND OFFENSIVE STATEMENTS

Clumsily written, each chapter is a shocking and appalling series of anecdotes which denigrate, distort and misrepresent Hinduism and the history of India and Hindus. Doniger uses selective quotations from obscure and non-original, peripheral and ignorant references with a bizarre emphasis on sexuality and eroticism. Cited below are only a handful of quotes along with our understanding and interpretation, with references from Hindu scripture.

[Page number precedes the quote from the book. This is followed by a rebuttal comment.]

Pg 112 - The author alleges that in Rigveda 10.62, it is implied that a woman may find her own brother in her bed!
COMMENT: The hymn has no such suggestion. It is offensive to suggest that the sacred text of Hindus has kinky sex in it.

Pg 128 - The book likens the Vedic devotee worshipping different Vedic deities to a lying and a philandering boyfriend cheating on his girlfriend(s).
COMMENT: This is offensive and ignores that fact that in the Rigveda, the gods are said to be all united, born of one another, and from the same source.

Pg 225 - Dasharathas son is certainly lustful... Rama knows all too well what people said about Dasharatha; when Lakshmana learns that Rama has been exiled, he says, The king is perverse, old, and addicted to sex, driven by lust (2.18.3)
COMMENT: Sri Rama is revered and worshipped as a deity. The highly acclaimed and critical edition of Valmikis Ramayana records no such statement attributed to Lakshmana. An imagined phrase, 'kama-sakta' is mistranslated as 'addicted to sex' by the author whereas it normally means filled with desires. Valmiki uses a phrase 'samani-madhah' (trans. Possessed of passion).

Pg 467 - Harihara and Bukka (the founders of the Vijayanagara Empire that saved Hindu culture in S India) double-crossed the Delhi Sultan when they reconverted to Hinduism.
COMMENT: The brothers committed apostasy as they had been imprisoned and forcibly converted to Islam, and immediately reverted to Hinduism when they were 1000 miles from the Sultan, under the influence of a Hindu ascetic.

Pg 468-469 -The mosque, whose serene calligraphic and geometric contrasts with the perpetual motion of the figures depicted on the temple, makes a stand against the chaos of India, creating enforced vacuums that India cannot rush into with all its monkeys and peoples and colors and the smells of the bazaar
COMMENT: It is simply unacceptable that a scholar can flippantly, pejoratively and derogatorily essentialize the Hindus as monkeys and peoples, colors and smells.., and chaos in most insulting manner with the aspersion thrown at the entire Hindu culture and community all over the world. Such generalization has no place in serious scholarly work.

Pg 509 - Shankara and the philosophers wife This tale contrasts sex and renunciation in such a way that the renunciant philosopher is able to have his cake and eat it, to triumph not only in the world of the mind (in which, before this episode begins, he wins a series of debates against the nonrenouncing male Mimamsa philosopher) but in the world of the body, represented by the philosophers wife (not to mention the harem women who clearly prefer Shankara to the king in bed). The author attributes the tale to Shankaradigvijaya of Madhava and to Ravichandra's commentary on Amarushataka.
COMMENT: The author concocts the story as a sexual orgy in which the Saint Adi Shankara and King Amruka take turns making love to the latters wives after he is tired. Both her sources however state that the King was already dead and the Saint transferred his soul into the dead Kings body through his yogic powers. There is no suggestion in the texts that the queens prefer Shankara to the king in bed.

Pg 571- It is alleged that in a hymn from Saint Kshetrayyas poetry, God rapes the women devotees.
COMMENT: The hymn merely presents devotion using spiritual metaphors and the hymns of the Saint seen collectively depict it as a passionate love affair between the God and the devotees. No rape is implied in this hymn at all.

Again, the above is simply a sampling of the scandalous and offensive statements in the book. By her own admission in the book, Doniger has no credentials as a historian and the title of the book is misleading as the book is not on the History nor an Alternative History of India. This shows that the author is not an authority on the subject as she is not able to understand the deep meaning of Sanskrit verses or Indian Concepts. These cast serious doubts about the authors integrity as a researcher and ability to interpret accurately. Additional examples of the authors shoddy scholarship will be made available upon request.

We emphasize that this defamatory book misinforms readers about the history of Hindu civilization, its cultures and traditions. The book promotes prejudices and biases against Hindus. Can Penguins editors really be incompetent enough to have allowed this to pass to publication? If this is not deliberate malice, Penguin must act now in good faith.

As concerned readers, we ask PENGUIN GROUP to: