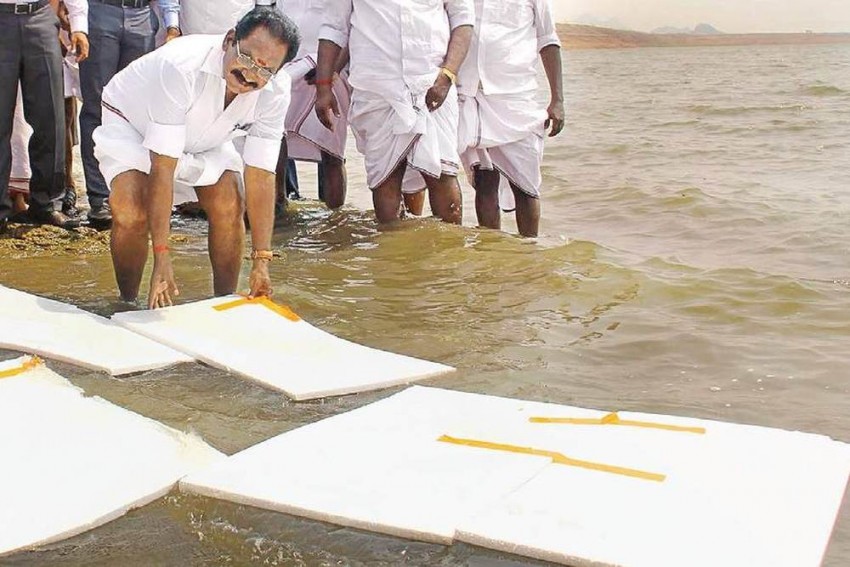 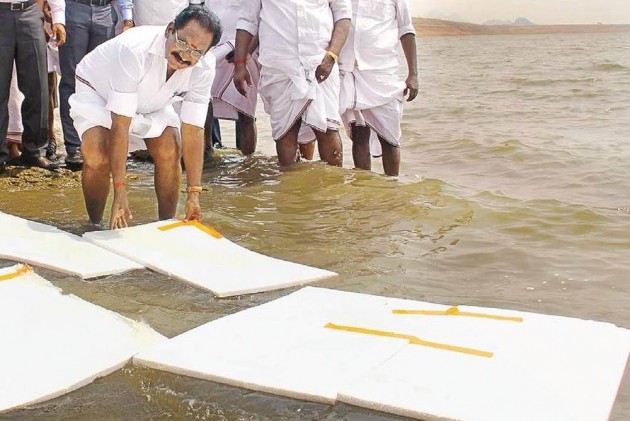 The Minister proposed but the winds disposed. Tamil Nadu’s Co-operative Minister Sellur K. Raju looked patently foolish on Friday when his brainwave to use thermocol sheets to prevent water evaporation got ripped by winds.

The Minister had taken a big media team from Madurai to Vaigai Dam, 70 kms away from the city, to show off his innovation - cover the reservoir of the dam with thermocol sheets so that evaporation in the summer heat would come down. The reservoir meets most of Madurai city’s water needs.

As a start to the ‘project’ the Minister’s assistant taped together a dozen white thermocol sheets which the Minister placed on the edge of the reservoir standing in ankle deep water with his dhoti hitched up. The strong winds quickly unhinged the taped sheets which drifted away separately. The Minister and officials were at a loss.

Then a helpful official suggested that the sheets can be placed deeper into the reservoir. So a coracle was summoned and two fisheries department staff members took a bunch of thermocol sheets and placed them on the water, about 200 metres from the shore. Before they had returned the sheets had floated back to the shore exposing the total ineffectiveness of the hare-brained idea. Officials refused to say if the fiasco was the Minister’s idea.

But an undaunted Raju announced that Rs. 10 lakhs had been sanctioned to come up with innovative ideas to prevent water loss. Tamil Nadu is going through one of its worst ever droughts with most of its reservoirs down to dead storage leading to a massive drinking water crisis. 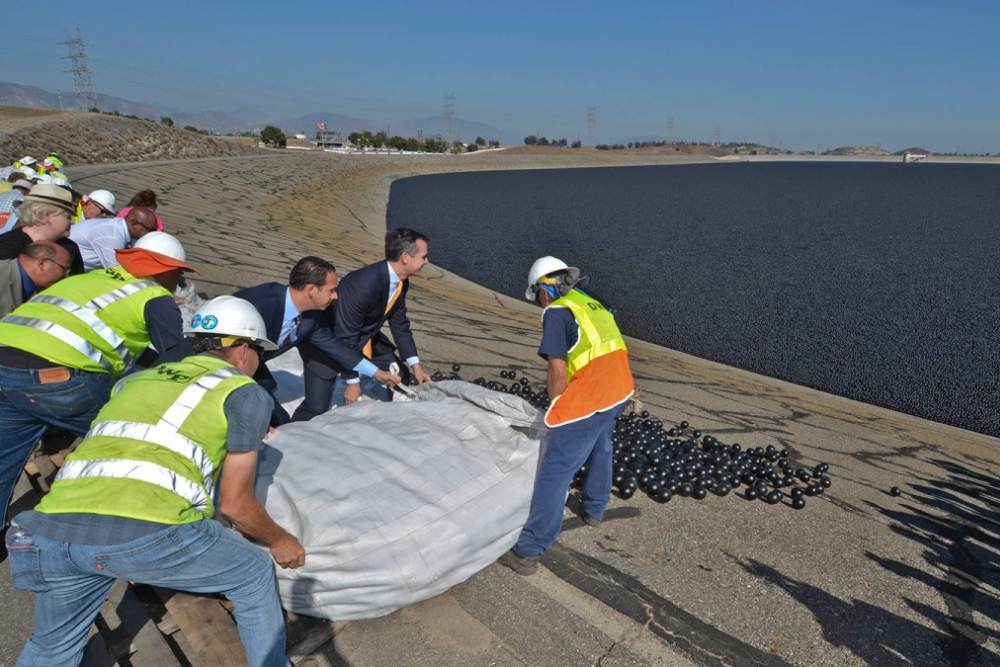 In August 2015 the Los Angeles City dumped 96 million black plastic balls (called shade balls) into the LA Reservoir which was touted as an attempt to prevent water loss through evaporation. In reality they were dumped on the water mainly to prevent sunlight from reacting with bromine and cholrine in the water and formation of bromate, a carcinogen.

After the LA Mayor Eric Garcetti had himself released a batch of balls, his office had claimed that the balls would save 300 million gallons of water a year, which otherwise would be lost to evaporation.  When the costs got calculated 300 million gallons of water was worth about USD 2 million. And the cost of the shade balls worked out to a whopping USD 34.5 million – simply not worth it. Apparently the Mayor’s office gave the spin only to the evaporation aspect hoping to score much needed PR points as California was going through one of its worst droughts that year.

Experts then recalled that black plastic balls had been used in the LA Reservoir since 2008 to fight bromate formation but the Mayor’s office spoke of it as some kind of innovation to prevent water loss.  And here comes our own Sellur K. Raju to go one up on the LA Mayor.