We All Lied About Jayalalithaa's Death, Tamil Nadu Minister Apologises To People

'I seek pardon from you. Please forgive me. We told lies Amma (Jayalalithaa) is eating sambar, chutney, tea etc so that you will believe that she is improving. In fact nobody saw Amma eating idli or drinking tea or chatting... All are lies' 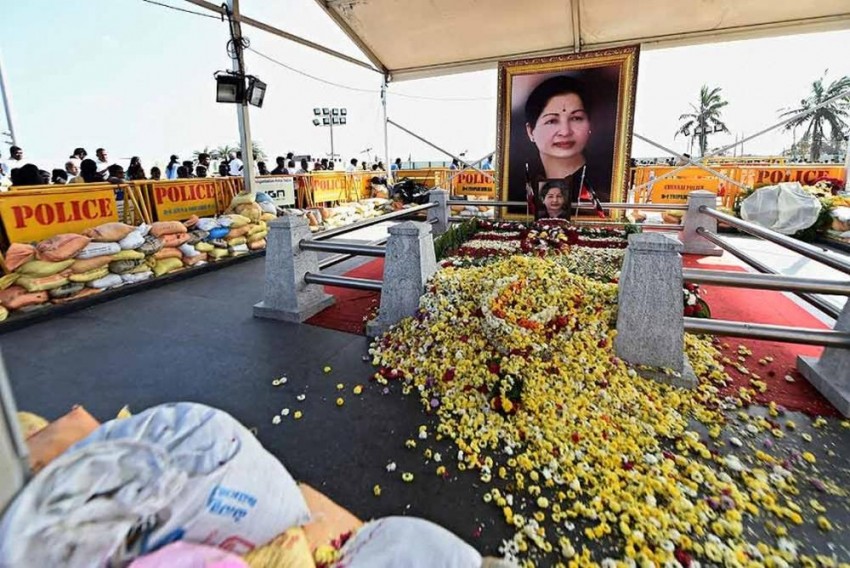 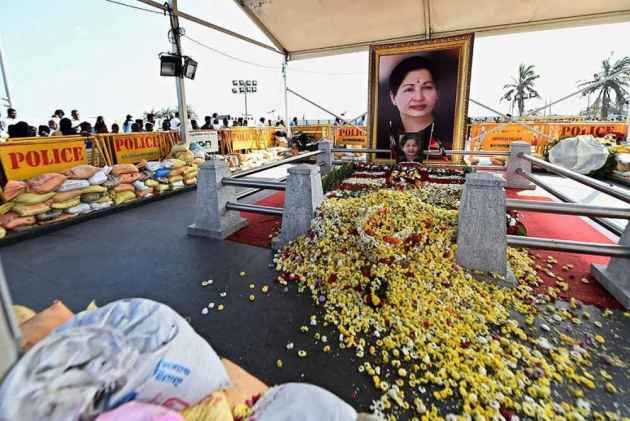 Raising fresh doubts about the timing of former Tamin Nadu CM J.Jayalalithaa’s death, the state's minister for Forests, Dindigul Srinivasan, has sought an apology from the people for ‘lying’ about circumstances surrounding her death.

Senior Tamil Nadu minister and AIADMK leader Dindigul Srinivasan has claimed that afraid of Sasikala, party leaders lied about Jayalalithaa's health last year so that people believe that she was improving.

No one was allowed to meet the late chief minister. Whoever came, would be briefed by Sasikala's relatives that she was "all right", he said.

The minister sought the pardon of AIADMK cadres and the public for lying about Jayalalithaa's health.

Reacting to the minister's comments, sidelined AIADMK leader T T V Dhinakaran told reporters at Kodagu in Karnataka that they have footage of Jayalalithaa getting treatment in hospital and would hand it over at "an appropriate time".

Addressing a public meeting at Madurai late last night, Srinivasan said he was now coming out with the truth pushed by the situation.

The fact was none including himself was allowed to see Jayalalithaa, who was admitted to the Apollo Hospitals in Chennai on September 22, 2016, claimed Srinivasan, who had also made such statements to the media last year.

After prolonged treatment for infection and other complications, Jayalalithaa had died of a heart attack on December 5 last.

Chief Minister K Palaniswami recently announced that a commission of inquiry would probe the death.

Present deputy chief minister and former rebel leader O Panneerselvam had pressed for a probe into the death of Jayalalithaa saying there were doubts in the minds of people.

"I seek pardon from you. Please forgive me. We told lies Amma (Jayalalithaa) is eating sambar, chutney, tea etc so that you will believe that she is improving. In fact nobody saw Amma eating idli or drinking tea or chatting... All are lies," Srinivasan said.

Similarly, news about several leaders meeting Jayalalithaa in the hospital and their version that she was improving was also false, he claimed.

"We were afraid of Sasikala at that time and lied about Jayalalithaa's health condition," he claimed.

"It is very common that sisters who fight inside the house will appear to be friendly outside. We did not want the secret of the party to get leaked... That is why we lied," he said.

Referring to statements by people loyal to Dhinakaran that they had evidence to refute doubts over the treatment given to Jayalalithaa, he dared them to release these and face the inquiry commission to let the people know the truth.

Dhinakaran said even Governor CH Vidyasagar Rao had visited the hospital and had issued statement on her health.

"Doctors from Apollo Hospitals, the staff, even doctors from AIIMS had come for treating Jayalalithaa. But the truth is they did not allow even my aunt (ousted AIADMK general secretary V K Sasikala) to see her," he said.

"Amma was admitted on September 22 (last year). But from October 1, she (Jayalalithaa) did not even see my aunt due to spread of infection," he said.

"We are not afraid of anything. We have the footage. And without her (Sasikala) consent, how can I give it. If there is any judicial or CBI inquiry, then we will give it at the appropriate time," he said after meeting his 18 loyalist MLAs staying at a resort in Kodagu for the past one week.

Srinivasan said it was they who made Sasikala as interim general secretary after Jayalalithaa's demise.

"We did that because Sasikala claimed she was with Jayalalithaa and took care of her. But people thought otherwise. They were angry and asked why did you handover the party to the Sasikala clan," he said.

He maintained that Sasikala was selected only due to the compulsion of the circumstances.

A recent general council meeting of the party had annulled the appointment of Sasikala as interim general secretary and held as invalid all her decisions.

On chief minister K Palaniswami criticising him during various public meetings, Dhinakaran said "I don't want to degrade myself by responding to comments made by him."

DMK Leader M K Stalin said in Chennai that it was due to the comments made by various AIADMK leaders on the health of Jayalalithaa that his party had sought "an inquiry".

He said Palaniswami and deputy chief minister O Panneerselvam) had announced that a judicial inquiry would be conducted into Jayalalithaa's demise. "But so far it is not clear on who is going to probe it," he added

BJP state unit president Tamilisai Soundararajan said "If there are doubts raised by (AIADMK) ministers', my view is that the state government itself can inquire about it," she said.