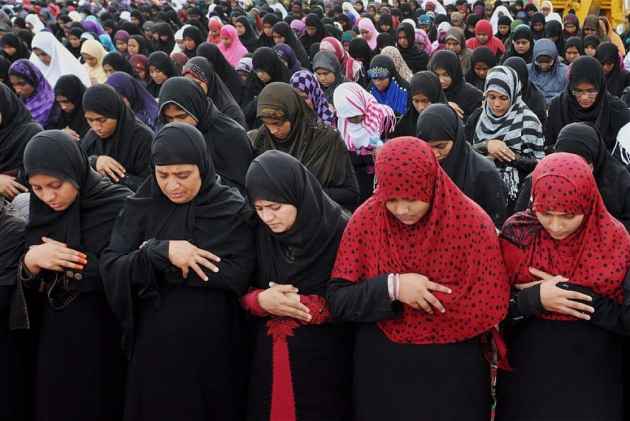 The Supreme Court on Monday agreed to examine the constitutional validity of the prevalent practices of polygamy and 'nikah halala' among the Muslims and sought responses from the Centre and the Law Commission.

A bench headed by Chief Justice Dipak Misra considered the submission that an earlier five-judge constitution bench, in its 2017 verdict, had kept open the issue of polygamy and 'nikah halala' while quashing triple talaq.

On Monday, the bench, which also comprised Justices AM Khanwilkar and DY Chandrachud, said a fresh five-judge constitution bench would be set up to deal with the constitutionality of 'nikah halala' and polygamy.

While polygamy allows a Muslim man to have four wives, 'nikah halala' deals with the process in which a Muslim woman has to marry another person and get divorced from him before being allowed to marry her divorcee husband again.

By a majority of 3:2, a five-judge constitution bench had earlier held triple talaq as unconstitutional in its judgement last year.

The bench was hearing at least three petitions including some PILs challenging the practices on various grounds including that they violate Right to Equality and gender justice.

Delhi BJP leader Aswini Kumar Upadhyay, who filed a PIL on March 5, claimed that the ban on polygamy and 'nikah-halala' was the need of the hour to secure basic rights.

The harm caused to the women due to the practices of triple talaq, polygamy and 'nikah-halala' is violative of Articles 14, 15 and 21 of the Constitution and injurious to public order, morality and health, Upadhyay's petition said.

On March 14, a Delhi-based woman, had moved the apex court saying that by virtue of Muslim Personal Law, section 494 of IPC (marrying again during lifetime of husband or wife) was rendered inapplicable to this community and no married Muslim woman has the avenue of filing a complaint against her husband for the offence of bigamy.

She sought to declare the Dissolution of Muslim Marriages Act, 1939, unconstitutional and violative of Articles 14, 15, 21 and 25 (freedom of conscience and free profession, practice and propagation of religion) of the Constitution in so far as it fails to secure for Indian Muslim women the protection from bigamy which has been statutorily secured for women in India belonging to other religions.

The petitioner, who herself claimed to be a victim of such practices, has alleged that her husband and his family used to torture her for want of more dowry and she was ousted from the matrimonial home twice.

She also alleged that her husband had married another woman without taking any legal divorce from her and the police had refused to lodge FIR under section 494 and 498A (husband or relative of husband of a woman subjecting her to cruelty) of the IPC stating that polygamy was permitted under the Sharia.

Later on March 18, a Hyderabad-based lawyer, had also challenged the practice of polygamy, claiming that all these types of marriages under the Muslim personal law violate the fundamental rights of Muslim women.

The petition has contended that while the Muslim law allows a man to have multiple wives by way of the temporary marriages or polygamy, same permission is not extended to women.

The petition has opposed the practice of Nikah Halala, where a divorced woman has to remarry and then get a talaq before being able to marry her first husband, as well as Nikah Mutah and Nikah Misyar -- both temporary marriages where duration of the relationship is specified and agreed upon in advance.