Stone Pelters Should Be Termed As OGWs Of Terrorists: General Rawat

General Bipin Rawat termed stone pelters as overground workers (OGWs) of terrorists and said that strict action will be taken against them. 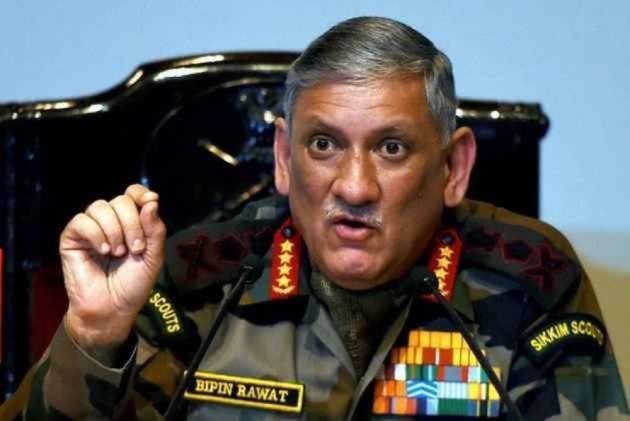 Gen Rawat said that the soldier who died in stone pelting on Friday was guarding a road construction team.

"I again say that stone pelters should be treated like OGWs. The deceased was just guarding the convoy of soldiers who were given the task of building roads and bridges. Every time the army keeps quite and bears the pain but this time we have filed an FIR against the stone pelters. A strict action should be taken against them," the Army chief said after paying tribute at the Amar Jawan Jyoti on the occasion of Infantry Day.

Rajendra Prasad, an army soldier of the Quick Reaction Team, succumbed to injuries he sustained when unidentified persons hurled stones at the convoy passing through the Anantnag bypass tri-junction.

Gen Rawat said that Pakistan is using terror to keep the 'pot boiling' in Jammu and Kashmir.

"Pakistan is fully aware that they will not succeed. It is just another way of keeping the pot boiling, keeping the turmoil going and not allowing development to take place in the state of Jammu and Kashmir and ensure that the Indian Army continues to remain embroiled in the proxy war," he asserted, adding that "Jammu and Kashmir will remain a part of India and no force can take it away from us."

A Central Industrial Security Force (CISF) jawan Rajesh Kumar was killed in Jammu and Kashmir's Budgam district in a terrorist attack and the an injured ASI Rajendra Prasad was evacuated to the hospital for medical attention but succumbed at the hospital.