SL Vs ENG, 1st Test: Not A Perfect Swan Song For Herath As Visitors Win By 211 Runs

In an illustrious career, the left-arm orthodox bowler took 433 Test wickets in matches, putting him eighth on the all-time list, which has Lankan compatriot Murali Muralitharan at the top with 800 scalps. 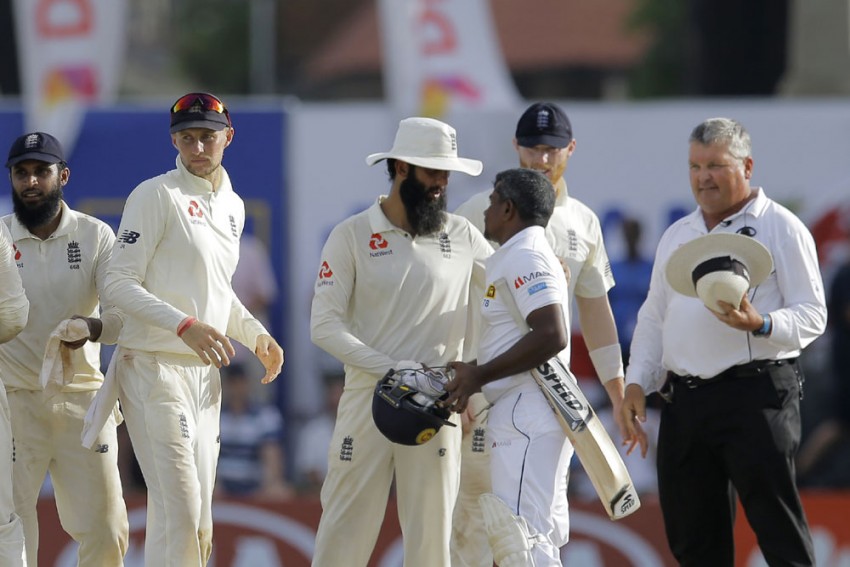 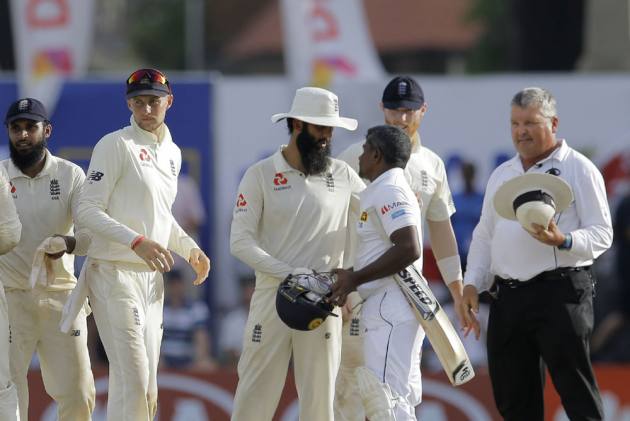 Rangana Herath, the most successful left-arm spinner in the sport's history, ended his cricket career on a sad note as Sri Lanka lost the first Test against England by 211 runs on the fourth day at Galle Friday.

The hosts, chasing 462 for victory, were all out for 250 on the penultimate day of the match, with Moeen Ali taking four wickets and Jack Leach three. Last man out was Herath, returning to the pavilion for the one last time.

Herath, 40, thus retired after getting run out in the 86th over. After the match, he said "As always, losing is not a good result but this is part of the game."

"We [wanted to] have played much better cricket, as we used to play. Hopefully, the guys will come back strongly for the second and third.

"It's an emotional situation, but all in all everybody has to take a decision at the right time. I'm thankful for all those years that I have played, all the people behind me, especially team-mates, Sri Lanka Cricket, I must thank every single person who's behind me.

"It's been a privilege and honour to play for my country, because in Sri Lanka we have 22 million people, so very few get the opportunity to play for Sri Lanka, so that's a remarkable achievement and honour for any player," he added.

In an illustrious career, the left-arm orthodox bowler took 433 Test wickets in matches, putting him eighth on the all-time list, which has Lankan compatriot Murali Muralitharan at the top with 800 scalps.

Herath also took 74 ODI and 18 T20I wickets. He made his international debut at the same venue, in a Test match against Australia in 1999.

The win helped England claimed their first away Test victory in 13 matches. The visitors had secured a first innings lead of 139 runs and on Thursday an unbeaten 146 by Keaton Jennings, his first century since a ton on his 2016 debut, allowed skipper Joe Root to declare at 322 for six.

But both fell after attacking shots, with Kaushal leg before trying to sweep Leach for 30 and Karunaratne caught and bowled by Ali for 26 and skipped down the pitch for an attempted heave.

Dhananjaya de Silva, after a confident start, was caught at first slip by skipper Joe Root off Ben Stokes in the last over of the morning session for 21.

One ball earlier, de Silva had been given out caught behind flashing at a Stokes delivery wide of the off stump, but he was reprieved on review.

After Lunch, Kusal Mendis hit Leach for four over his head but attempting a repeat the next ball skied the ball to Ali and departed for 46.

He had earlier appeared confident at the crease, employing the sweep shot especially well against all England's spinners, while secure in defence.

Home skipper Dinesh Chandimal, suffering from a groin injury that kept him off the pitch all of Thursday, was bowled by Leach for 11.

The final session began badly for the hosts. Niroshan Dikwella fell the first ball after tea, caught adroitly by Stokes one-handed at slip off Ali for 16.

Soon afterwards Angelo Mathews -- dropped on 18 by James Anderson -- went for 53, caught by Jos Buttler at midwicket with Ali again the wicket-taker.

He was followed into the pavilion by Akila Dananjaya for 8 before Herath was run out for five.

England's varied attack, with three quicks and three spinners, applied substantial pressure, with the slightly expensive Adil Rashid the only disappointment so far.