Real Madrid need a new head coach, but how does Zinedine Zidane stack up compared to his predecessors? 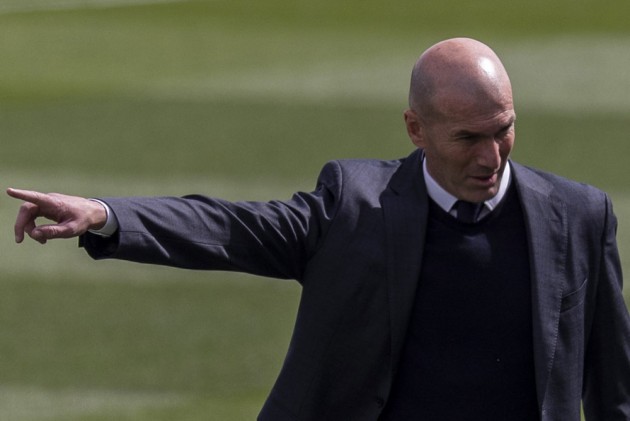 Zinedine Zidane and Real Madrid have made official what has long been rumoured – they are parting ways, again. (More Football News)

The Frenchman’s future at the Santiago Bernabeu was a hot topic for weeks, at times overshadowing Madrid's attempts to retain their league crown.

In the end, despite Los Blancos producing an 18-game unbeaten run in LaLiga as they surged towards the finishing line, Atletico Madrid did just enough to keep their noses in front in a title race that went down to the wire.

The focus for Madrid now turns to finding a replacement: What about club legend Raul? Or could the suddenly available Antonio Conte be tempted by a project in Spain?

And what next for Zidane? As so often is the case with sequels, the second episode was not quite able to live up to the standards of the original production. Still, as Opta data shows, he leaves with an impressive coaching resume across his spells in charge in the Spanish capital.

Thank you for everything, Zinedine Zidane! pic.twitter.com/fJ7dZ5zTHR

Better than Beenhakker, behind Benitez

First, the basic numbers: Zidane had 263 games in charge in all competitions across his two tenures in Madrid, winning 65.4 per cent of them.

He achieved a points-per-game ratio of 2.17, which seems impressive, right? Well, perhaps surprisingly, that average sits behind both Rafael Benitez (2.21) and Manuel Pellegrini (2.35), two coaches who did not last anywhere near as long in the job.

Indeed, Pellegrini's time in charge spanned just 48 games, despite winning him 36 of them. In his solitary LaLiga campaign, Los Blancos collected 96 points – good enough for only second place, behind Pep Guardiola's Barcelona. Despite such an impressive points record, the Chilean made way as Jose Mourinho arrived from Inter.

Zidane also finished runner-up in the 2020-21 campaign, unable to quite close the gap on Atleti down the stretch.

In comparison to the notable head coaches who reached a century of matches, both Mourinho (2.31) and Carlo Ancelotti (2.36) exceeded Zidane in terms of points per game. Leo Beenhakker – who won three successive titles in the late 1980s – however, managed 2.11 during his reign.

The reunion and a second LaLiga title

Zidane's second spell lowered his overall points-per-game average, as he won 68 out of 114 matches upon his return. That is a notable drop-off when compared to his time between January 2016 and the end of the 2017-18 season, when he rattled along at 2.29 points per outing.

His win percentage in LaLiga in his initial spell was a mighty impressive 70.8, yet Madrid still only finished top of the table once in that time, crowned champions at the end of the 2016-17 season when collecting 93 points, enough to be above a Barca squad coached by Luis Enrique in the final table.

However, since Zidane sensationally agreed to replace Santiago Solari in March 2019, Madrid have the best record in LaLiga.

That 87-game span produced 188 points, three more than rivals Barcelona managed - though both won the same number of games (56) - and it puts Madrid 12 points ahead of newly crowned champions Atleti.

Having set a ridiculously high bar in his initial stint, Zidane has not been able to match his previous successes in the Champions League either.

Madrid were already out of the 2018-19 competition when he came back to the job, stunningly beaten 4-1 at home by Ajax in the second leg of a last-16 tie. They fell in the same round a year later to Manchester City and, while able to get past Atalanta and Liverpool in the knockout stages in 2021, a 3-1 aggregate semi-final loss to Chelsea ended hopes of further European glory.

Life with and without Ronaldo

It helped Zidane first time around that he had a star-studded squad at his disposal, most of whom were in their prime. Plenty were still around for a reunion when he took over again, though one notable departure had left a sizeable gap in the squad.

Just like his head coach, Cristiano Ronaldo decided the time was right to leave Madrid after they had been crowned Champions League winners for a third successive year in 2018. A move to Juventus broke up the formidable 'BBC' triumvirate, the forward having prospered when playing alongside Gareth Bale and Karim Benzema.

The Portuguese superstar departed as the club's all-time leading scorer, with 112 of his Madrid goals coming while working under Zidane. That is the same number as he managed when Ancelotti was at the helm, while four behind his career tally with Alex Ferguson at Manchester United.

However, Ronaldo's most successful player-coach alliance in terms of scoring output was with Mourinho, when he managed 168 working alongside his compatriot.

Perhaps surprisingly, Zidane's Madrid were actually better without the five-time Ballon d'Or winner during his initial reign, at least in terms of average goals for and win percentage.

When Ronaldo was involved, the head coach won 68.4 per cent of matches, his team scoring at a rate of 2.6 goals per game. However, without him, those figures actually climbed to 74.3 per cent and 2.8 goals for. Addition by subtraction perhaps, but Madrid's loss was certainly a gain for Juve when the superstar decided he wanted a new challenge in Turin.

Zidane, too, will now contemplate what is next in his coaching career. Considering his ties to Madrid, the possibility of a third stint should not be ruled out.