Zimbabwe Vs Pakistan, 2nd Test, Live Streaming: Preview, When And Where To Watch ZIM-PAK Cricket Match

Pakistan will be aiming to keep their winning run in Test cricket going when they take on Zimbabwe in the second and final match of the series. Check match and telecast details 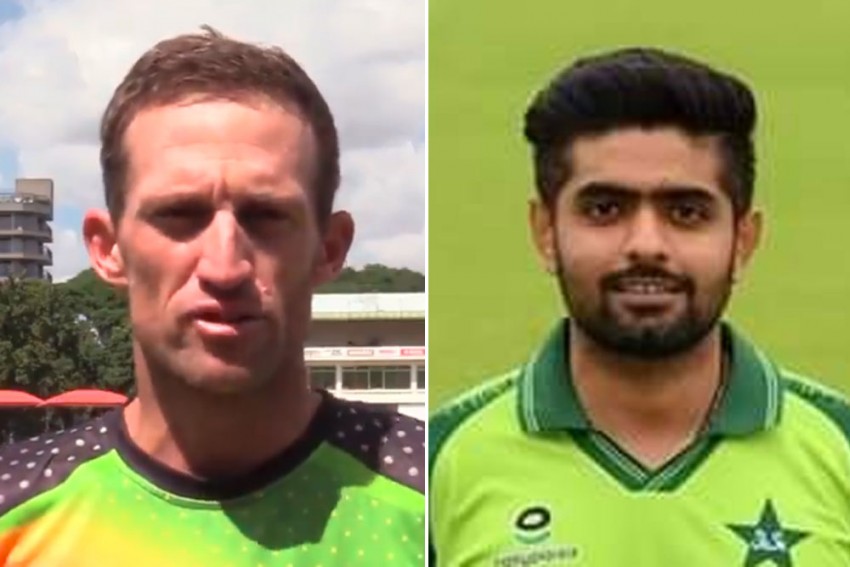 Zimbabwe captain Sean Williams, left, could be fit to return to action. Babar Azam's Pakistan crushed their hosts by an innings at the Harare Sports Club in the previous meeting.
Outlook Web Bureau 2021-05-06T19:51:38+05:30 Zimbabwe Vs Pakistan, 2nd Test, Live Streaming: Preview, When And Where To Watch ZIM-PAK Cricket Match 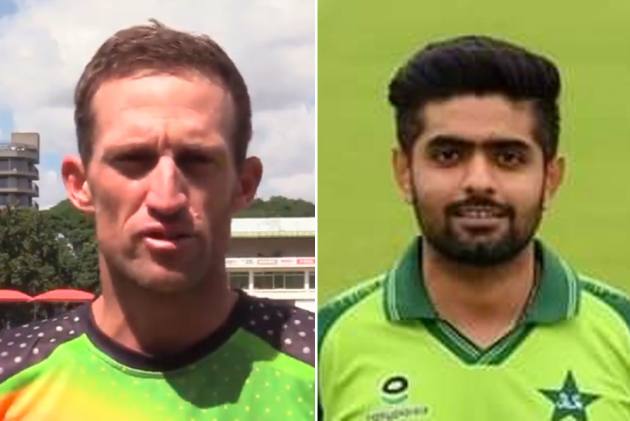 Pakistan will be aiming to extend their winning run in Test cricket when they take on Zimbabwe in the second and final match of the series, which starts on Friday. (More Cricket News)

Babar Azam's side crushed their hosts by an innings at the Harare Sports Club in the previous meeting, making it three victories on the spin in the format.

Another success at the same venue will see Pakistan achieve their best Test-win streak since managing five consecutive triumphs between December 2011 and February 2012.

Zimbabwe, in contrast, have not prevailed on home soil since September 2013, recording two draws and eight defeats since that last success over Pakistan.

Their problems in the opener stemmed from a lack of runs; bowled out for 176 first time around, they managed just 134 in the second innings.

No home player registered a half-century as Pakistan pace bowler Hasan Ali finished with nine wickets in the match to help his team charge over the line inside three days.

Pakistan could even afford for skipper Babar to get a first-ball duck as they piled up 426 in their one and only innings, Fawad Alam leading the way with 140 as he showed Zimbabwe how to play on a sluggish pitch, batting for nearly five hours in total.

The all-rounder's century was his third in five Tests, having made 102 against New Zealand last December and then 109 in the first Test with South Africa in Karachi in January.

Prince Masvaure did not bat for Zimbabwe in their second innings due to a thumb injury that rules him out of contention. However, captain Sean Williams could be fit to return to action, while Craig Ervine and Wesley Madhevere may also be back to bolster the home team's line-up.

Hasan on the rise

Pace bowler Hasan claimed career-best figures of 5-36 in Zimbabwe's second innings, his third five-wicket haul in Test cricket in 2021. Indeed, he has taken 21 scalps at an average of just 15.5 in the format this calendar year.

His reward is a move up to 20th in the ICC Test rankings for bowlers, having only been recalled to the XI earlier this year for the home series with South Africa after a two-year spell out in the cold.

Zimbabwe's stand-in captain Brendan Taylor admitted his team failed to capitalise on the opportunity to bat first after winning the toss in the opener, bundled out inside two sessions.

He will hope to contribute more himself, particularly with a landmark in sight. Taylor is 66 away from becoming only the third man to post 1,000 Test runs at Harare Sports Club, a feat only previously achieved by Andy and Grant Flower.

- Zimbabwe have managed to record one multi-game Test series victory over Pakistan (D1, L5); after going 0-1 down in this two-game series, they cannot improve upon that record this time around.
- Pakistan have won five of the past six Tests between the nations, while Zimbabwe have gone six without success at Harare Sports Club (D1, L5).
- Zimbabwe managed to catch nine of their 10 opportunities in the field during the series opener, while Pakistan dropped four catches and only recorded a 60 per cent success rate (6/10).
- Donald Tiripano was responsible for eight of the 10 runs scored from reverse sweeps in the first Test; he has logged more runs from that stroke than any other batsman in Tests during 2021 (35).
- Zimbabwe bowled 14 full tosses in their one innings in the series opener, almost three times the number Pakistan logged in their two attempts (five).