India's failure to find a capable No. 4 became one of the reason's their ICC Cricket World Cup 2019 semi-final defeat to New Zealand and Yuvraj Singh blamed the team management for the poor handling of the issue 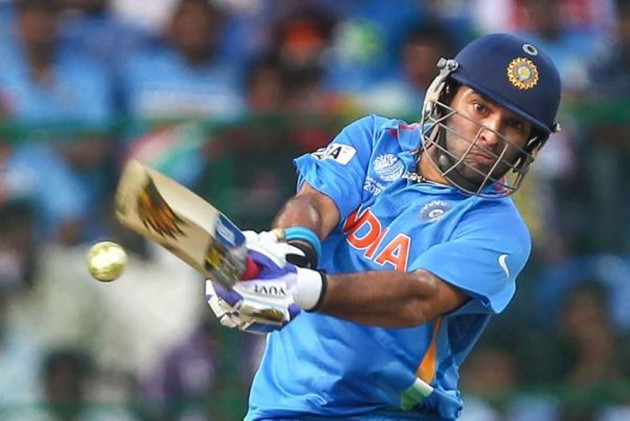 Days after India's defeat to New Zealand in the first semi-final of the ICC Cricket World Cup 2019, Yuvraj Singh has lambasted the team management for the haphazard manner in which the number four position was handled, which directly contributed to the poor batting display. (ENG v NZ HIGHLIGHTS | SCORECARD)

In the rain-affected semi-final, India needed 240 runs. But the famed batting line-up failed to live up to the expectation, getting dismissed for 221 after the top three Rohit Sharma, KL Rahul and Virat Kohli were dismissed for identical scores of 1 each. At 5/3, India needed an experienced player at the number four, but instead, Rishabh Pant was there to do the firefighting.

Yuvraj, who used to bat at No. 4 for the most part of his career including during India's 2007 World T20 and 2011 World Cup campaigns, said that he failed to understand the idea behind the team management's plans.

Ambati Rayudu, who was primed to play as India's number four at the World Cup, didn't even feature in the 15-member squad with a supposedly three-dimensional Vijay Shankar getting the nod. But Shankar was not even used for the designated role with KL Rahul doing the duties until opener Shikhar Dhawan's unavailability due to injury.

"It was disappointing to watch what they did with Rayudu. He was in the contention for the World Cup. He got runs in New Zealand but after three or four bad innings, he got dropped," Yuvraj added.

Pant arrived as the replacement for Dhawan, and he was soon drafted into the XI, ahead of Dinesh Karthik. Then, in the following matches, with Shankar also out with an injury, the veteran wicketkeeper-batsman got his share of World cup cricket. But none managed to sparkle.

"In between, the team had also tried Dinesh Karthik. Finally, we don't know what their plan was for No. 4. They backed Rishabh again, he actually did well. If Rohit and Virat would get out early, we could get into trouble and everyone knew about that. We needed a solid No. 4. I don't understand the idea behind their plans," he said.

"And then Rishabh (Pant) came in and he got dropped. If No. 4 is a crucial position in ODI cricket, if you want someone to do well in that position, you will have to back him. You can't drop someone if he is unable to do well all the time," he told.

With a brittle middle order, India failed to chase down a below-par total, despite MS Dhoni and Ravindra Jadeja's rear-guard action.