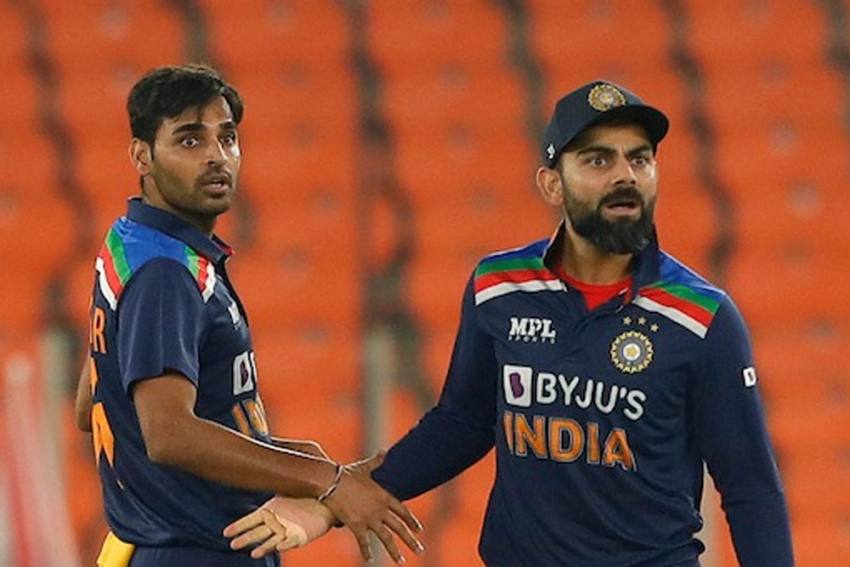 Not taking "your best swing bowler" Bhuvneshwar Kumar on the tour of England is a huge mistake and Shardul Thakur should have been a part of the 15-man squad for the World Test Championship final that India lost, feels former selector Sarandeep Singh. (More Cricket News)

Since Thakur was not a part of the 15-man squad, he could not be drafted into the playing eleven as the fast bowling all-rounder after rain in Southampton made conditions more favourable for the pace bowlers.

And not picking Bhuvneshwar for the WTC final and the five Tests against England starting August 4 is baffling, said Sarandeep whose tenure ended with the triumph in Australia earlier this year.

"The playing eleven picked two days ago before the game was perfect with two spinners in it. But it should have been changed as the conditions got more conducive to fast bowling (after rain),"Sarandeep told PTI.

"You picked the two spinners (Ravinchandran Ashwin and Ravindra Jadeja) because they can bat. The only fast bowler who could bat was Shardul and he was not in the 15. He should have been there in the 15-man squad irrespective of whether he made the eleven or not eventually."

Talking about a fit again Bhuvneshwar, who has been named vice captain for the limited overs tour of Sri Lanka next month, Sarandeep said the crafty pacer was an automatic pick in the UK squad.

"Not taking Bhuvi to England is a huge mistake. He is the best swing bowler you have and he is not even part of the squad."

He also feels time has come to groom someone like Shardul for the fast bowling all-rounder's slot with Hardik Pandya not fit enough to bowl in the longest format.

"You can't be relying only on Hardik anymore. You don't know when he will be fit enough to bowl in all formats so someone like Shardul needs to be groomed or even Vijay Shankar or Shivam Dube are there."

He expects Mohammed Siraj to play regularly over the five Tests against England.

"There will be rotation in that series. It is the right time to blood in Siraj and give him as many games as you can. He is bowling well. If there is a long gap, he would find it tough to find the right length straightaway.

"A little flexibility is needed. You play your two spinners but if the conditions suit the pacers then play the extra seamer," said Sarandeep.

The former India spinner also agrees with India skipper Virat Kohli, who has called for more intent while batting in overcast conditions.

"Our bowling has been fine for a while now but the problem is the batsmen. (Shubman) Gill could not perform in the home series against England. He played well in the opening session with Rohit  (in WTC) but could not convert. Gill has to take responsibility now and absorb the pressure.

"What is clear now is that you can't play defensive too much if the ball is doing a lot. Whether it is (Cheteshwar) Pujara or (Ajinkya) Rahane or anyone else. You have to bat out of your comfort zone after a certain point to counter the conditions..

"It is too early to call for an overhaul but change of approach is very much needed from the batsmen. Even in Australia the lower order made those crucial runs. We need players to take the pressure off Kohli and Rohit."

Sarandeep also highlighted the fact that India have not been able to win an ICC event under Kohli despite playing well consistently.

"They deserve to win, they are playing well for over four years but why it is not happening means there is something wrong," he added.