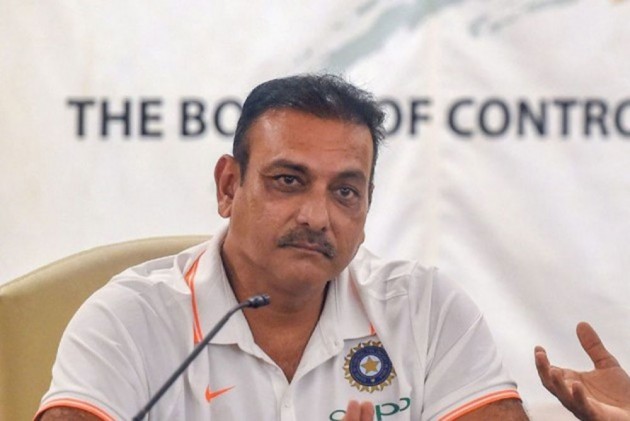 It's a windfall of sorts for the head coach of the Indian national cricket team, Ravi Shastri. Post renewal of his contract with the Board of Control for Cricket in India (BCCI), the former all-rounder will reportedly get a 20 percent hike in his annual salary. (More Cricket News)

According to a report in Mumbai Times, Shastri's annual package will be somewhere between INR 9.5 to 10 crores. He was previously drawing around INR 8 crore per annum.

The report added that correspondingly the salaries of other members of the support staff will also go up. Both the bowling and fielding coach, Bharat Arun and S Sridhar, are expected to get INR 3.5 crore under the new packages, while newly hired batting coach Vikram Rathour will get around INR 2.5 to INR 3 crore.

Last month, Shastri was reappointed for a second term. The 57-year-old will continue as the head coach till the 2021 World T20.

Shastri has been on the job since the end of the Champions Trophy in 2017. India were ranked No. 1 in Tests and ODIs at various times during Shastri's tenure, made it to the World Cup semi-final and beat Australia in Australia for the first time in Test history.