On his 31st birthday, Ishant Sharma, who is also the most-capped cricketer in the current team, said that it is better to focus on the job at hand to avoid cluttering the mind 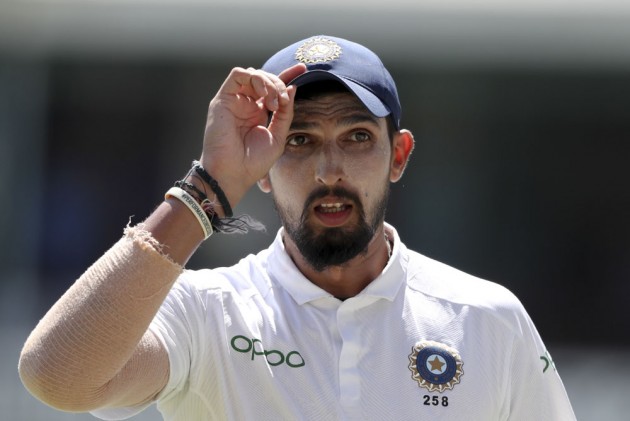 India's senior-most pacer Ishant Sharma is only eight games away from entering the elite '100 Test club' but he doesn't want to lose focus by thinking about the coveted milestone.

On his 31st birthday, the most-capped cricketer in the current team, said that it is better to focus on job at hand to avoid cluttering the mind.

Ishant, who is playing his 92nd Test match, has 277 wickets going into the fourth day and is third in the list behind Kapil Dev (434 wickets) and Zaheer Khan (311 wickets).

"I remember few years back, Zaheer was telling me something about 100 Tests but then he didn't also complete the milestone (92 Tests). I mean if I play another 4-5 years, yes I might complete but I don't want to think about it," Ishant, who surpassed Kapil Dev for maximum number of wickets by an Indian pacer outside Asia, told host broadcasters Sony Sports Network.

"I believe if you start thinking too far ahead, then you can get confused, so it is better to start taking one Test match at a time," said Ishant.

Asked about what are new variations he has brought in his bowling, Ishant said,"Now I am able to move the ball away from the left-hander coming from round the wicket and also get to straighten the deliveries."

Ishant also seemed happy how Jasprit Bumrah has turned out to be a lethal weapon in such a short span of time.

"Boom is fantastic. Even before we are well warmed up into our spell, he is getting five or six wickets. I jokingly tell him that please wait tell we get warmed up," he said.