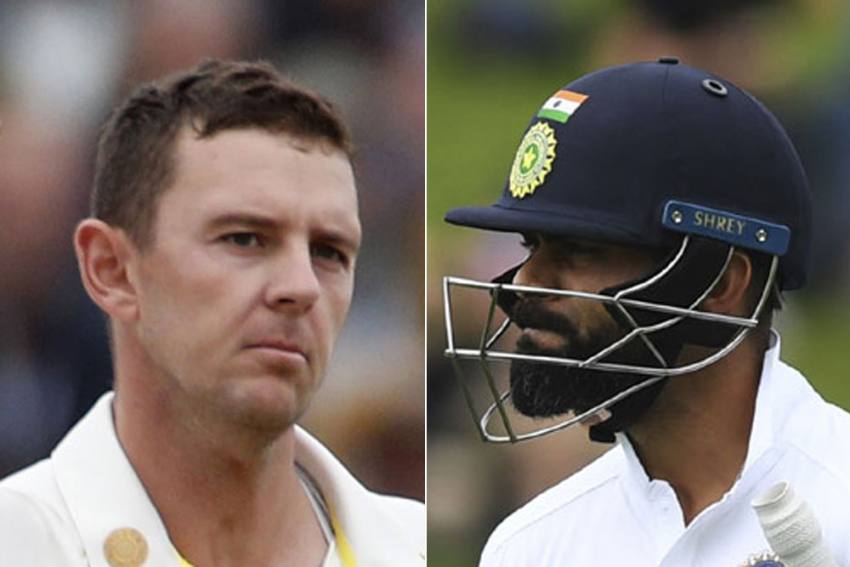 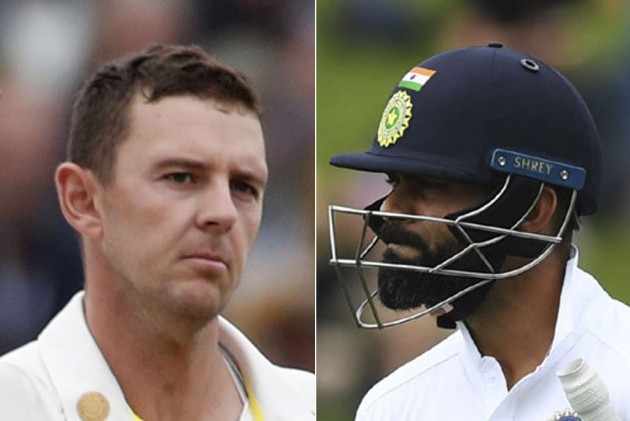 Australia pacer Josh Hazlewood says his team prefers to "stay clear of engagement" with Indian captain Virat Kohli whenever he is batting as it brings out the best in him. (More Cricket News)

Hazlewood and his proven pace colleagues will be up against the Kohli-led Indian team if its upcoming tour of Australia goes on as scheduled.

"We try to probably stay clear of engagement, obviously. I think that was fully evident throughout the (last Test) series (in 2018)," Kohli said.

"I think he likes to get in that tussle and it probably brings out the best in him, especially when he's batting, that was always a no-go-zone for the bowlers."

However, the ploy is not quite the same when Kohli is leading the team out on the field, according to Hazlewood.

"I think it's a different case if the guys are batting and he's in the field, you know they can get him engaged there and sort of work him out a little bit if possible.

"...but certainly when he was batting, it was just leaving him to his own devices, and hopefully, we get him in a bit of a switched off mood and take advantage of that," the pacer said, referring to the planned upcoming engagements.

During the show, Hazlewood also said that Cheteshwar Pujara is the one player who wears down the bowlers with his workman-like approach to batting.

"Pujara will grind you down and make you work for his wicket, he really puts a price on his wicket and we saw that last time in Australia."

Kohli's men are scheduled to tour Australia for a four-Test series, beginning on December 3 at Brisbane. India are then scheduled to play a day/night Test, as committed by BCCI President Sourav Ganguly, from December 11 to 15 in Adelaide.

The second and fourth Tests will be held in Melbourne (December 26-30) and Sydney (January 3 to 7).

Forgot Count Of How Many Team Meetings Were Held To Discuss Sachin Tendulkar: Nasser Hussain