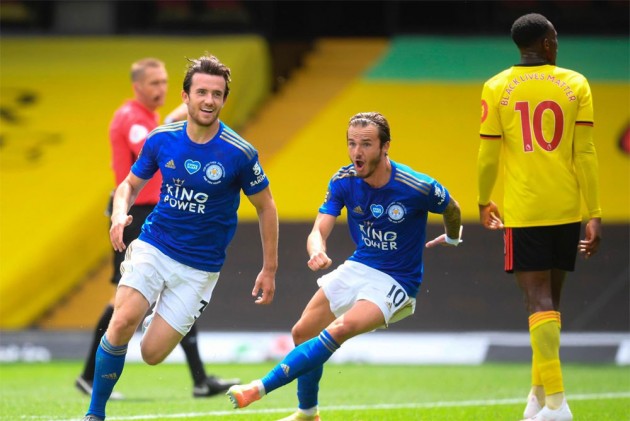 Saturday's contest at Vicarage Road was goalless until the final minute when Chilwell thrashed home a superb strike from just inside the box.

But the Hornets, who beat runaway leaders Liverpool 3-0 in their previous home game, had the final say as Dawson slammed in a sideways scissor-kick from close range for his first Watford goal.

Nigel Pearson's side now sit a point clear of the bottom three, with Brendan Rodgers' Foxes are six points ahead of fourth-placed Chelsea.