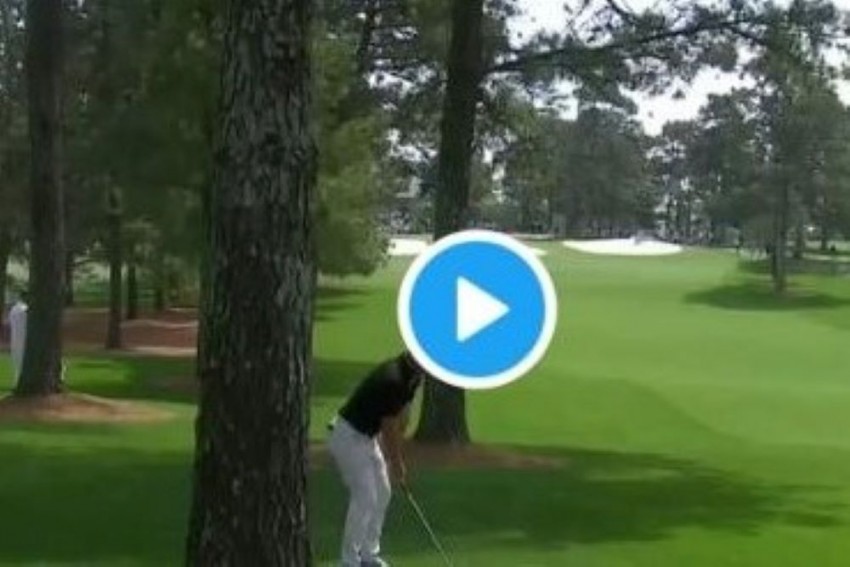 There was a bizarre moment for Roty McIlroy when his approach on the seventh hit an onlooker, which was later revealed to be his father, Gerry.
Screengrab: Twitter
Associated Press (AP) 2021-04-09T10:19:39+05:30 Watch Rory McIlroy Hit His Dad With An Errant Shot At Augusta Masters 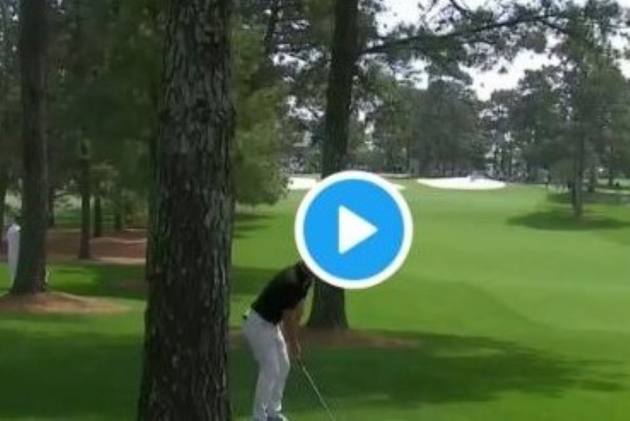 Rory McIlroy hit his approach on the seventh hole at the Masters right where he was aiming.
Problem was, he was aiming at his father. (More Sports News)

Here's a tale that will be part of McIlroy family lore for probably forever: Gerry McIlroy was standing near the right side of the green, watching his son play his second shot from off to the left of the fairway on Thursday. The ball wound up hitting Gerry McIlroy in the left leg.

"It was a perfect shot," Rory McIlroy said.

Well, kind of. He wound up making bogey, which was his third consecutive one at that point.

"It was dead straight," Rory McIlroy said. "But I think he was OK. He didn't limp away. He walked away pretty swiftly, so that was all right."

Rory McIlroy hit his dad with an errant approach shot on No. 7 during the first round of #theMasters pic.twitter.com/uEle8iqeyR

Gerry McIlroy is a pretty good golfer himself. He introduced his son to the game long ago, and has developed quite a following among his fellow members at his home course, Seminole Golf Club in Florida.

He'll be getting mileage off this story for years.

Rory McIlroy also had a tee shot spray right on the par-4 11th, causing some patrons to tap-dance out of the way. He finished with a 4-over 76, not exactly boosting his chances of finally winning a Masters and completing the career grand slam.

There's a tradition of sorts in golf that when someone gets struck by an errant ball, the golfer signs a glove and presents it to the person as a part-apology, part-souvenir. McIlroy didn't seem like he was planning to give one to his dad.

"I think he just needs to go and put some ice on," he said. "Maybe I'll autograph a bag of frozen peas for him."