Kings XI Punjab are on a four-match winning spree. Can Kolkata Knight Riders stop that in Sharjah on Monday? Watch live streaming of KKR vs KXIP 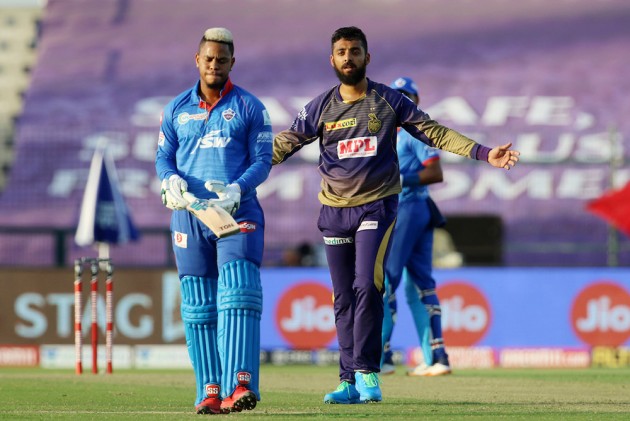 Kolkata Knight Riders will aim to hold on to their fourth spot in the IPL 2020 points table when they face Kings XI Punjab in Sharjah on Monday evening. KKR have 12 points from 11 games while KXIP, on a four-match winning spree, are just two points behind after an equal number of games. The first-leg match between the two teams on October 10 ended in a thrilling two-run win for Kolkata Knight Riders. Watch KKR vs KXIP live. (POINTS TABLE | SCHEDULE & RESULTS | NEWS)

The Kolkata Knight Riders vs Kings XI Punjab IPL match in UAE can be seen live on TV as well as online. Live coverage of the match will start at 7.30 PM IST. Live streaming will be available on Star Sports' OTT channel, Disney+ Hotstar. You can watch live streaming on your smartphone or smart TV by downloading the Hotstar app. The match will also be available on Reliance Jio TV. Visit their website for more details.Check out Airtel for offers.

Kings XI Punjab have won some of the closest matches in IPL 2020. If there was a prize for the best team with iron nerves, KL Rahul's KXIP would probably win it hands down. On Saturday, KXIP got out jail with a stunning win against Sunrisers Hyderabad, who frittered away a game from winning position to hand KXIP two crucial points at a stage when teams are gunning for spots in the IPL Playoffs (last four).

Both KKR and KXIP have some injury issues. Andre Russell missed the last two matches for KKR while Mayank Agarwal is also nursing a niggle. Watch KKR vs KXIP live.