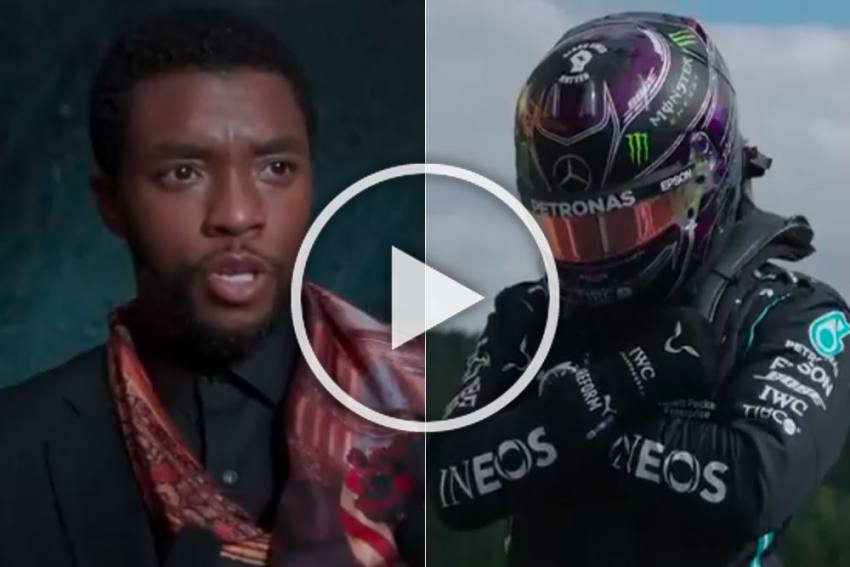 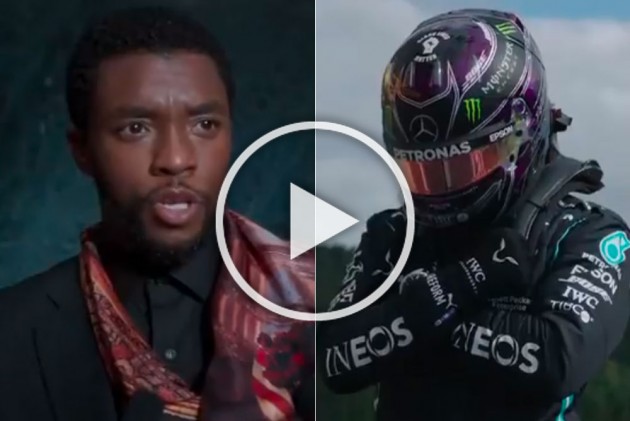 'Black Panther' star Boseman died from colon cancer aged just 43 on Friday and Hamilton paid tribute to the American in a social media post before going out on track at Spa on Saturday.

Hamilton smashed the circuit record with a blistering lap of one minute, 41.252 seconds to secure first place on the grid for the 93rd time in his incredible F1 career.

The championship leader was over half a second quicker than team-mate Valtteri Bottas as Mercedes locked out the front row, with Max Verstappen taking third place.

Hamilton paid his respects to Boseman again after giving himself a golden opportunity to win this race for the first time since 2017.

The Brit said: "Today was a very clean session. Every lap was getting better and better. There was a lot of great work in the background.

"This was an important pole. I woke up today to the saddest news of Chadwick passing away.

"It's been such a heavy year for us all and that news broke me, so it wasn't easy to get back focused. For what he's done for our people and superheroes - to show the kids what's possible in life. Wakanda forever."

Pole for @LewisHamilton at Spa - and a new track record

Listen as he dedicates number 93 of his career to the late Chadwick Boseman #BelgianGP #F1 pic.twitter.com/OjOZ7760gP

Bottas, who turned 31 on Friday, vowed to go on the attack on Sunday in a bid to claw back some of the 43 points he trails Hamilton by.

The Finn said: "Turn one was a bit inconsistent, we got the car right and I had a bit of a lock-up. The second run felt pretty good overall, so I don't know where the gap to Lewis was.

"I'm not too bothered as I know second place is a good place to start with such a good run up to turn one.

"I need to attack if I want to keep my title hopes there and nothing is over until it's over so I'm definitely going to go for it. I know there will be opportunities to do it."

Verstappen is hoping for rain on Sunday but does not believe Mercedes can be denied a first win at Spa in three years.

The Red Bull driver said: "It's been a positive weekend - we came here and thought it would be really tricky. With P3 and being that close to Valtteri - although we are still half a second off Lewis - the lap was decent

"I ran out of energy a little bit, but it is distributed across the whole lap which is the best way to do it. Pleased with the day, and there's a lot of opportunity tomorrow.

"If you look at the lap time off to Lewis, I don't think we can fight them in the race, but with the weather I hope it comes into play, and it will make it more fun."