Valencia claimed Mouctar Diakhaby received a "racist insult" during Sunday's LaLiga game with Cadiz, which was stopped for 20 minutes 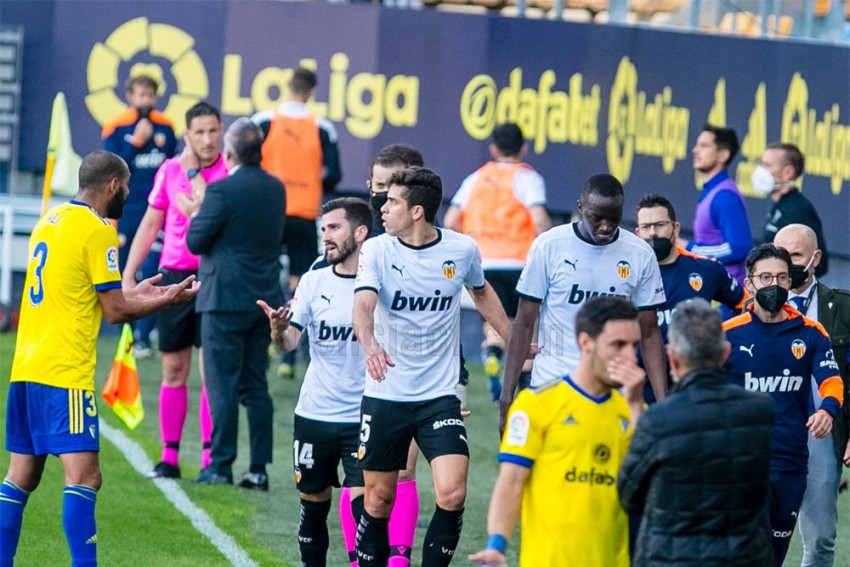 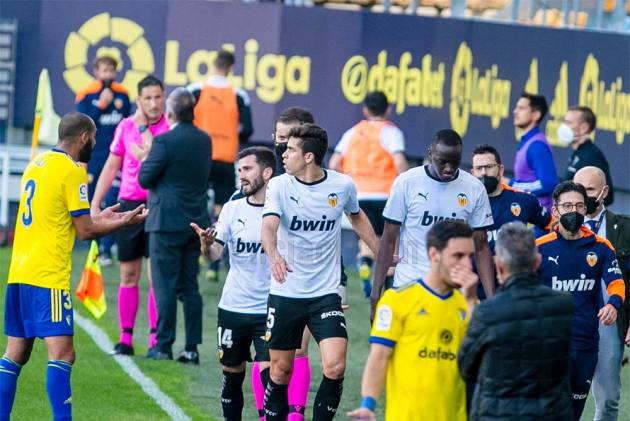 Valencia's players walked off the pitch during their LaLiga meeting with Cadiz after alleged racist abuse was directed towards defender Mouctar Diakhaby. (More Football News)

Sunday's match was stopped after 29 minutes when Valencia captain Jose Luis Gaya led his team from the field.

The incident that sparked Valencia's fury came when Juan Cala – who had opened the scoring – went in for a challenge with Diakhaby.

While initially heading back to his position, Diakhaby suddenly turned and angrily confronted Cala.

Gabriel Paulista and Los Che goalscorer Kevin Gameiro attempted to defuse the situation before Diakhaby explained his version of events to referee David Medie Jimenez. His team-mates then departed in solidarity and play was suspended for 20 minutes before they returned.

We offer our complete backing to @Diakhaby_5

The player, who had received a racial insult, requested that his teammates return to the pitch.

WE SUPPORT YOU MOUCTAR

Valencia returned without Diakhaby, who was replaced by Hugo Guillamon, but Cala stayed on until he too was substituted at half-time.

In a statement from Valencia said: "The team met up and decided to return to the pitch to fight for the badge, but firm in their condemnation of all forms of racism."

Valencia also confirmed that Diakhaby wanted the match to continue, though did not want to carry on playing himself.

"We offer our complete backing to Diakhaby," a tweet read. "The player, who had received a racial insult, requested that his team-mates return to the pitch. We SUPPORT YOU MOUCTAR."

Cadiz did not initially offer a comment though it has been reported that television cameras picked up Cala pleading his innocence.

According to Gaya, Valencia were told they would forfeit the match if they did not return to the field.

"[Diakhaby] told us he insulted him in a racist way. We went back out to play because they told us they could penalise us with three points and something more," Gaya said, as reported by AFP.

"He asked us to go back. He's gutted, it was a very ugly insult."