Alexander Zverev and Stefanos Tsitsipas booked their spots in the US Open third round, while Novak Djokovic is also through 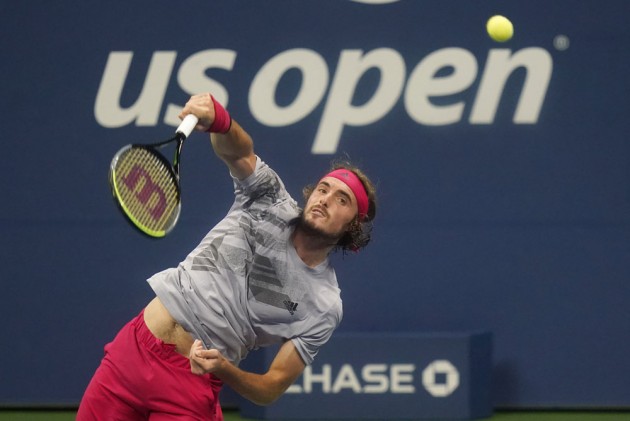 Alexander Zverev and Stefanos Tsitsipas booked their spots in the US Open third round, while Novak Djokovic is also through. (More Tennis News)

Zverev and Tsitsipas, seeded fifth at fourth respectively, were challenged but came through their tests in New York on Wednesday.

The duo shape as two main threats to Djokovic at Flushing Meadows, where the grand slam is being held behind closed doors due to the coronavirus pandemic.

Djokovic remained unbeaten this year on what was a dominant day for the seeds in the men's draw.

The German – a semi-finalist at the Australian Open this year – mixed 60 winners with 35 unforced errors to advance in just under three hours.

The Greek had won just once in his previous two main-draw appearances in New York, but is through to what shapes as an entertaining clash with Borna Coric.

The man is literally unstoppable. pic.twitter.com/I9uNumaRuz

The world number one improved to 25-0 this year as he chases the 18th grand slam title of his career.

"I thought there's a lot of positives in the last couple weeks. Had plenty of match play on the court. I competed great, especially in the last couple of matches during the Cincinnati tournament. Those were very important wins I think mentally for me coming into US Open," Djokovic, who won the Western & Southern Open, said.

"I don't feel tired. I don't feel like energy or recovery is going to be an issue or is an issue for me. In contrary, I actually feel very fit. I love playing best-of-five [sets]. I like my chances best of five on the centre court of US Open against anybody in the world.

"Being experienced player and playing on a big stage for so many times, obviously part of the tour for 15 years, helps in these kind of particular situations.

"I'm just going to do what I know works best for me and hope for the best."

The seeds dominated on Wednesday as 11 of the 13 in action reached the third round.

Taylor Fritz had it all going today

He's through to Round 3 after defeating Simon in straight sets.@Taylor_Fritz97 I #USOpen pic.twitter.com/NqRd9a1cSb