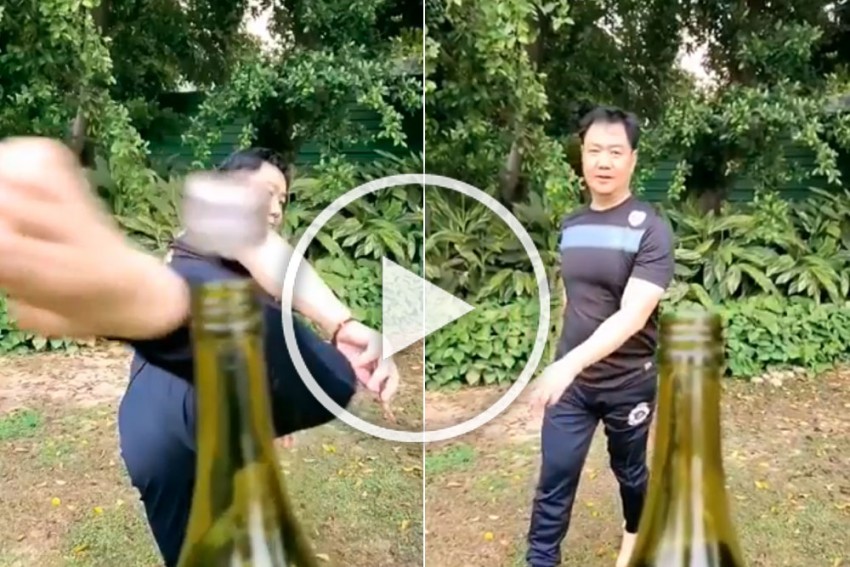 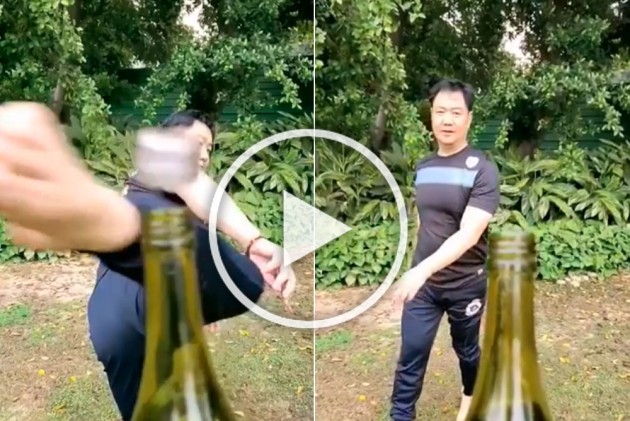 Union Minister for Sports and Youth Affairs Kiren Rijiju, who is working overtime to promote the Fit India Movement, remains one of the fittest politicians in the country. (More Sports News)

On Friday, the 48-year-old from West Kameng in Arunachal Pradesh showed his martial arts skills too, by acing the #BottleCapChallenge with s stunning kick.

The Bhartiya Janata Party MP shared a couple of videos on Friday, including the one featuring himself opening a bottle.

We can do Yoga, Walking, Jogging, Running, Plogging, Exercise, Sports or whatever you like to do but please do something to sweat.. Ultimately, health is the biggest wealth! #KheloIndia #FitIndiaMovement #HumFitTohIndiaFit pic.twitter.com/FGEhb8d3L0

The #BottleCapChallenge became an Internet fad earlier this year after taekwondo instructor and fighter Farabi Davletchin shared a video of himself executing the stunt. Some of the world's most popular celebrities have taken up the challenge with videos

Earlier, Rijiju had asked all schools to conduct a technical evaluation and provide progressive fitness report cards of its students. He had visited the Kendriya Vidyalaya to take part in the Fitness Week Celebrations, an initiative taken by the Central Board of Secondary Education (CBSE) as part of the Fit India Movement.

"The report card that I have received from Kendriya Vidyalayas, on their observance of fitness activities after the Prime Minister launched the Fit India Movement, has been the most encouraging amongst all schools," Rijiju had said.

"There should be a technical evaluation and progressive report cards for fitness in schools because it is a very important part of a student's life. We want to see our children fit. Fit children are the future of our nation," he added.

Under the initiative, government schools will observe Fitness Week in the second, third and fourth week of November and Rijiju said private schools should also follow suit.

"Celebrating fitness week at this time of the year is a very good step. It is being organised across all Kendriya Vidyalayas and I will encourage private schools to do the same," he said.

"Having a Fit India week in the month of November and December should be made mandatory across all schools. Fitness is a very important part of a student's life and as we look at integrating physical activity into the curriculum, we should find ways on how to devise a marking system for it," he added.