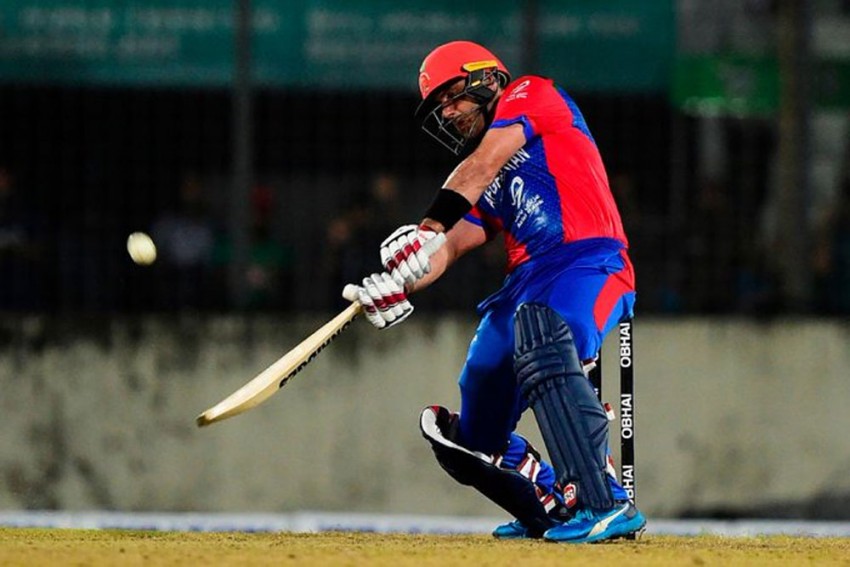 The result puts Afghanistan top of the standings after two matches and draws them level with the world record of 12 T20 matches unbeaten, which was set by Australia between August 2009 and May 2010.
Courtesy: Twitter (@ICC)
Omnisport September 15, 2019 00:00 IST Tri-Series, 3rd T20I, BAN Vs AFG: Mohammad Nabi The Inspiration As Afghanistan Equal Australia's World Record In Bangladesh Win 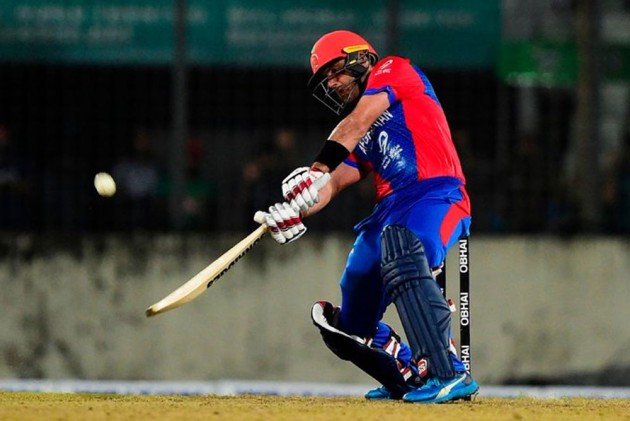 Mohammad Nabi was Afghanistan's inspiration once more as they defeated Bangladesh by 25 runs on Sunday to match Australia's unbeaten run in Twenty20 internationals.

After a decisive partnership with Najibullah Zadran saw off Zimbabwe in their first match of the tri-series, Nabi made 84 not out to help Afghanistan to 164-6 before the hosts were skittled for 139 in Mirpur.

The result puts Afghanistan top of the standings after two matches and draws them level with the world record of 12 T20 matches unbeaten, which was set by Australia between August 2009 and May 2010.

Having won the toss, the visitors endured a tricky start to their innings when Rahmanullah Gurbaz was bowled by Mohammad Saifuddin (4-33) with his second delivery of the match, and Hazratullah Zazai was caught at midwicket for just one.

Asghar Afghan and Nabi soon steadied the ship, though, combining for 79 before the former was caught at long on by Sabbir Rahman. That only seemed to inspire Nabi still further, his knock including seven sixes and three fours.

Fifty up for Mohammad Nabi!

The Afghanistan batsman brings up his fourth T20I half-century in Dhaka.

Bangladesh's top order seemed to wilt under the pressure of the chase, Liton Das edging the impressive Mujeeb Ur Rahman (4-15) and Mushfiqur Rahim misjudging an attempted sweep to fall for five runs.

Shakib Al Hasan and Soumya Sarkar fell to Mujeeb in the fifth over before Mahmudullah made 44, including five fours, in a solid stand against the Afghanistan attack.

Hope dwindled once Mahmudullah was caught by Najeeb Tarakai, with Sabbir Rahman (24) soon following and Afif Hossain (16) caught inches from the boundary as Bangladesh mounted a desperate late chase.

They have now won 12 consecutive T20Is, beating their own record in men's cricket!

Four wickets for Mujeeb and an unbeaten 84 from Mohammad Nabi proved too much for Bangladesh.#BANvAFG pic.twitter.com/9X04fdVWuQ

Mosaddek Hossain and Mohammad Saifuddin went for the loss of only 14 and Mustafizur Rahman was caught at deep point in the final over to see Afghanistan move to within touching distance of a slice of history in the short format.