Lionel Messi and Barcelona's story will end well, according to the club's new signing Miralem Pjanic, who never doubted the forward would stay at Camp Nou 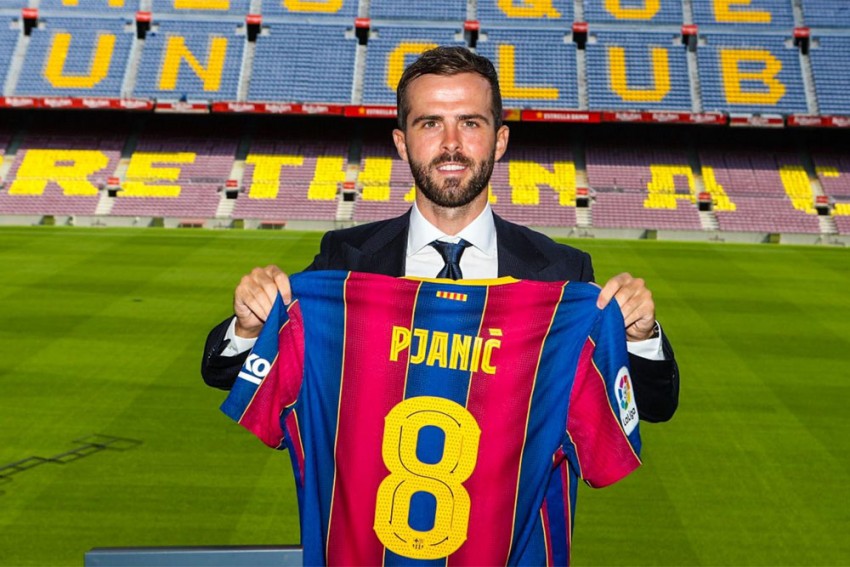 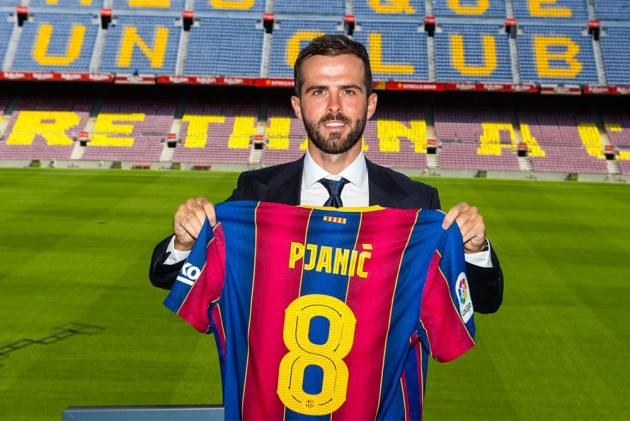 New €60million signing Pjanic was belatedly presented as a Barca player on Tuesday, having tested positive for COVID-19 in August which meant the 30-year-old had to go into quarantine.

That delayed the midfielder's arrival in Barcelona until last week, with him working out at the club's training ground for the first time on Saturday prior to their friendly against Gimnastic.

A tumultuous transfer window for Barca saw Messi ask to leave the club before ultimately staying, a decision Pjanic both expected and relished.

"I have met with him two or three days ago," Pjanic told reporters about Messi.

"I have played with Totti, Cristiano and now Messi. That is fortunate, to have players like this as team-mates. They are athletes who have given a lot to football.

"Today I have the opportunity to share the dressing room with an alien and it will be beautiful.

"Sharing a dressing room with Messi and not only with Messi, with others too, is a dream for me.

"I have played in great teams and I have respected my teams, but today a dream comes true. It is the ultimate dream. I will give everything I can to leave a good memory of me."

Welcome to your new home. pic.twitter.com/8826zUPm9j

Of the transfer saga, which saw Barca refuse to allow the Argentina international leave for free, Pjanic added: "I followed everything that happened about Messi.

"But I don't see Messi outside of this club. He has made an incredible story for the team and I think this story will end well. Leo is a winner, an achiever.

"I only imagined Messi at Barca because this is his home. He is perhaps the best player of all time and for us having him is a great asset.

"Messi has grown up here and I've seen him happy. Everyone is going to have a good time here.

"He has made an incredible history with this club and all will be well.

"My will was to play with this player and I had no doubt that it would happen. I did not imagine him being in other colours or a different shirt."