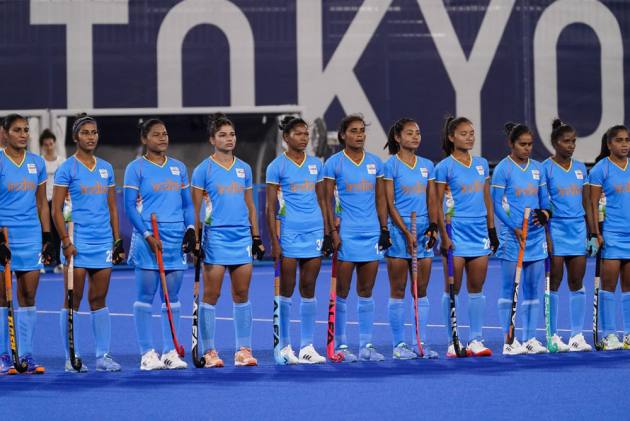 It's now or never for the Indian women hockey team. After losing three in three at Tokyo Olympics, the Rani Rampal-led side needs to win their remaining Pool A matches, starting with a clash against Ireland.

They can't settle for anything less than a victory against Ireland in its penultimate pool match to keep its quarterfinal hopes alive in the Olympic Games. But after three morale-shattering defeats, it would be a Herculean task for the Indians to lift their confidence and outplay a higher-ranked side like world no.7 Ireland.

India are currently placed fifth in the six-team Pool A, just below Ireland who have registered just one win and two losses from their three games.

India and South Africa are yet to open their accounts. The top four teams from each pool will qualify for the knockout stage.

The road ahead is tough for India as they would need to win both their remaining two games -- against Ireland and South Africa (on Saturday) -- and improve their goal difference to be on the safe side.

They would also need favourable results from other games and hope for a Great Britain victory over Ireland on Saturday.

But these equations will come into the picture only if India can beat Ireland on Friday.

So, it would be a do-or-die match for the Sjoerd Marijne-coached team and he would desperately hope for a better showing from his players against Ireland.

India, who are featuring in consecutive Olympics in women's hockey, finished a lowly 12th in the Rio Games and another heartbreak here won't do any good for the sport in the country.

In their first three games, India lost 1-5 to world no.1 Netherlands, 0-2 to Germany before suffering a 1-4 defeat at the hands of defending champions Great Britain.

It was not as if India didn't create any chances in all three games but the misfiring forward-line disappointed the team.

India committed elementary errors in all departments of the game, with midfield and defence being as guilt.

A livid Marijne described the 1-4 loss to Great Britain as his side's "worst match" of the Games and lambasted the players for failing to raise their game in the crucial match.

"This was our worst match. We always try to play for a six (out of 10) for each individual, and I don't think each individual today played for a six. Bad decisions, bad choices and I'm pretty disappointed by this," the Dutchman had said.

"...but the individual performances just weren't good enough. I can keep analysing what went wrong tactically, but it starts with every individual reaching their level."

But Marijne insisted that all is not lost as they still have a chance of progressing to the knockout round.

"We still have chances. There are still six points to get and that can be enough for the quarters. That's what we're all about, that's our goal and that's what I said to the girls," the coach said.

But it would be easier said than done as the faltering Indian defence will need to keep the trio of Elena Tice, captain Kathryn Mullan and Hannah McLoughlin in check.

Though ranked below Ireland, world no.11 India can beat Ireland and have beaten them in the past as well.

In February 2019, India defeated Ireland 3-0 and drew 1-1 against the same opponents in a two-match series during a tour of Spain.