310,000 tests have been carried out at Tokyo Olympics in total so far, only a small fraction of which were positive 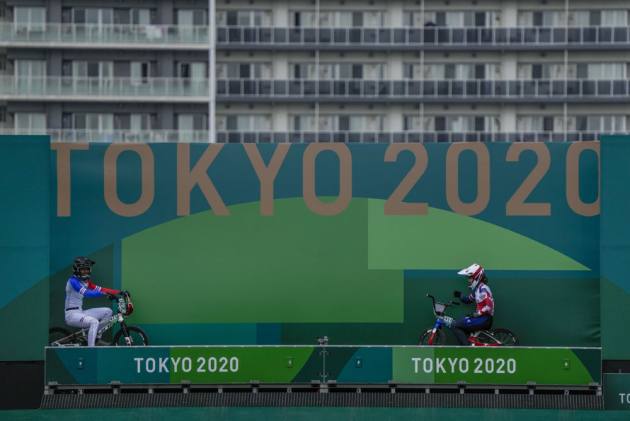 The International Olympic Committee said Thursday that it saw no connection between the current rise of COVID-19 cases in Japan and the Tokyo Games.

IOC spokesman Mark Adams said at a daily briefing that no infection has spread from participants in the Summer Games to the Japanese population as far as he is aware.

310,000 tests have been carried out at the Games in total so far, only a small fraction of which were positive.

Tokyo 2020 Organising Committee spokesperson Masa Takaya underlined that there is no negative impact on the Japanese health system. "In that respect, we've been absolutely right on track to deliver the safe and secure games", Takaya added.

"Obviously it's challenging for any country when there's rising cases of COVID-19, but I am confident that the Olympics are being run without actually affecting that essential secondary care and hospital provision," said IOC medical and scientific director Richard Budgett.

Budgett also commented on the debut of Laurel Hubbard who will be the first transgender athlete to compete at an Olympic Games.

"Laurel Hubbard is a woman and is competing under the rules of her federation, and we have to pay tribute to her courage and tenacity in actually competing and qualifying for the games," Budgett said, stressing that a new framework for transgender athletes is being worked on.

Hubbard's efforts have made her a flashpoint in the debate around the fairness of trans athletes competing in women's events. She has faced anger, scorn and ridicule, and has been directly criticized by some opponents.

Hubbard transitioned eight years ago at the age of 35.