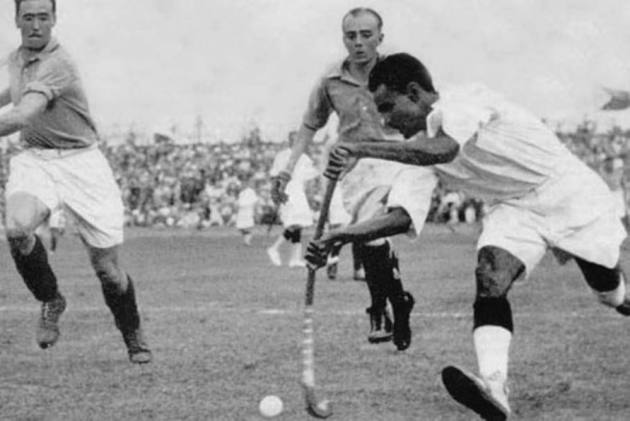 When Adolf Hitler commissioned Nazi Germany's favourite film director Leni Reifanstahl to document the 1936 Berlin Olympics, he and his propaganda minister Joseph Goebbels couldn't have imagined that there would be another nation, apart from the USA, refusing to salute the Fuhrer. (More Sports News)

The British India contingent comprised a bunch of inexperienced athletes with only shining glory being a two-time champion hockey team led by its resident magician Major Dhyan Chand.

The global media's focus was the United Stated of America refusing the traditional right-arm salute to Hitler during the opening ceremony but who would have thought that a contingent of amateur athletes wearing golden 'Kullahs' and light blue turban would do the unthinkable.

The contingent, with its flag-bearer Dhyan Chand, refused to salute and it was more of an emotional decision than political, taken by the team when the entire Third Reichsang the two national hymns 'Deutschland' and 'Horst Wessel Lied'.

In the book 'Olympic History: The India Story', co-authored by Boria Majumdar and Nalin Mehta, they have quoted Mirza Naseeruddin Masood, a member of the gold winning team, narrating that opening ceremony.

"It made a strange impression upon the Indian contingent and not an eye was left dry. India rose before our imagination... Somehow the spring of our national feelings was touched,and the unity and solidarity of the people in the 'Stadium' made us look with shame and regret at our poverty, destitution and discord."

Masood was an accomplished man beyond the field of hockey as he served the government of India in various capacities, which included being private secretary of independent India's first education minister, Maulana Abul Kalam Azad.

He was also UNNESCO Mission Chief to Australia, Consul General responsible for Muscat, Oman and finally Ambassador to Saudi Arabia.

However, one of Masood's biggest regrets was being denied India captaincy in 1936, despite being socially elite compared to Dhyan Chand. And very few people knew that Masood was actually also one of the five national selectors entrusted with the duty of picking the skipper.

Masood had, in fact, made his displeasure clear in a book he authored and published in 1937 'The World's Hockey Champions' -- 1936'.

For Dhyan Chand, what the score-line of India matches in that Olympics won't reveal is the tremendous pressure that he faced as media reports suggested that the defending champions were no longer invincible.

Also the fact that the 1932 Olympics, without participation of major European nations due to the Great Depression, became a sort of a sham and those who know about hockey would tell that there wasn't a lot of fight that India faced while retaining the yellow metal in Los Angeles.

The perception gained credence when India lost to a select Delhi XI 1-4 at Mori Gate ground in the national capital. It was the same Delhi XI that had been hammered 0-12 by the Indian team on its return from LA four years ago.

Dhyan Chand, in his autobiography 'Goal', which was first published in 1952 in weekly installments of the iconic 'Sport and Pastime' magazine published by 'The Hindu' group, wrote about that loss prior to the Berlin Games.

"... This particular defeat kept worrying me. For the first time I was captaining the Olympic team; will India lose the title under my charge?," Dhyan Chand's scepticism was evident in his autobiography.

Hockey Federation only had Rs 6600 in its coffers

According to the book, the Indian hockey federation needed Rs 40,000 to send the team and it required the Nizam of Hyderabad and the Gaekwads of Baroda to bail them out.

Nizam donated Rs 5000, the rulers of Baroda gave 200 GBP (Rs 3600 INR then) and, along with contributions from other princely states, ensured that the team boarded the ship.

Another Rs 1700 was spent on flying Ishtiaque Dara on SOS, who played a big role alongside Dhyan Chand in the business end of the tournament.

Interestingly, during the next Olympics in 1948, Dara had migrated to Pakistan post partition and represented the new nation.

Training at Gulf of Aden

'The Statesman' sent a correspondent to cover the Games and old reports suggest that the first five days of their voyage was rough and the players, normally used to training on the deck, had to postpone their plans.

Finally when the ship stopped for four hours at the 'Gulf of Aden', the Indian contingent found a brick-layered sandy field for a quick training session.

Suddenly they would come to know that 5/14 Sikh Regiment posted in Aden used that field. Once the word spread that Dhyan Chand was there, the whole regiment came out to receive "one of theirs" and witness the training session.

Two of Hitler's trusted men -- chief propagandist Goebbels and Reichsmarschall Hermann Göring -- were there to ensure that no stone was left unturned in their quest to carry out the Fuhrer's image makeover along with the conduct of an unblemished event for which USD 30 million was being spent.

Call it a classical case of contradiction or irony but those who didn't want to accord Hitler with the arm salute were flocking to get autographs from two bonafide war criminals.

"One day while we were in the dining hall, who should walk in but the burly Herman Goring, clad in his military attire! We were after him in a trice to get his autograph. Later some of us obtained Dr Goebbels' autograph," Dhyan Chand had mentioned.

An eight-goal affair against Hitler's Germany

Did Dhyan Chand face media scrutiny? Of course he did. After India won the opening match against Hungary 4-0, the 'Statesman in their next day's report wrote, "Most disappointing was revelation that Dhyan Chand, world's greatest centre forward is past his best days..."

Just how dominant India were in that era could be understood by the fact that even after beating USA 7-0 and Japan 9-0, the media spoke about how "if Germany wins, it will be a lesson to India that she deserves."

Worst these observations were fed by the team's manager Pankaj Gupta. However, the tone and tenor changed once France were clobbered 10-0 and after Germany were crushed 8-1 in the final, Berlin's 'Morning Post' lauded India's effort.

Legend has it that Dhyan Chand wanted better speed and mobility, and hence, wore a rubber soled sneakers sacrificing the conventional spike boots on grass field. It helped him dribble at great speed. He scored a dozen and the 'Morning Post's match report had some unforgettable lines.

"These players it is said glided over turf as if it is a skating rink and the flickering sticks had the Japanese, normally so agile, mesmerized."

Dhyan Chand was on top of the world, his team won gold scoring 38 goals, his place in the annals secured.

He was 'Captain Marvel' and accepted in every echelons of the society that once discriminated against him.

Post Script: Dhyan Chand never met Adolf Hitler in person and the story of Hitler offering him a position in German Army, according to scholars and researchers, is an urban myth.