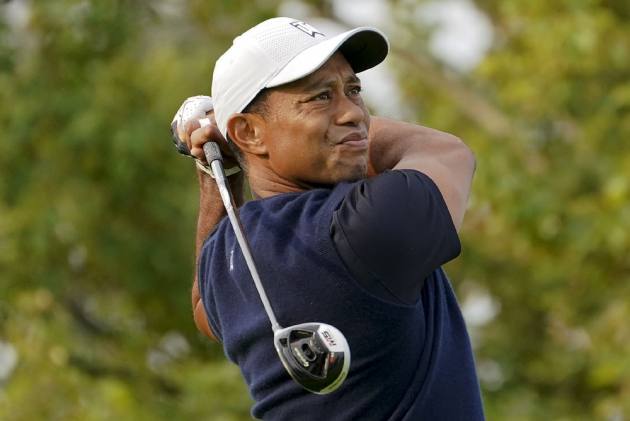 Tiger Woods hopes to be fit to play the Masters again this year but the 15-time major champion is not taking anything for granted following his latest back surgery. (More Sports News)

Woods' long-standing back issue has required five procedures, most recently a microdiscectomy in December to alleviate nerve pain.

The 45-year-old has had a mixed record with managing the injury in recent years.

He now faces a race simply to enter the Masters in 2021, which begins on April 8.

Tournament host @TigerWoods gives an update on his health and his plans for the near future. pic.twitter.com/6TY3cXQIqK

"I'm feeling fine, a little stiff," Woods, a host at PGA Tour event the Genesis Invitational, told CBS on Sunday. "I've got one more MRI scheduled and then I can start doing more activities.

"I'm still in the gym doing rehab activities before gravitating towards more."

Woods was asked specifically about appearing at Augusta but, given his repeated problems with his back, he appears unwilling to take any risks.

"God, I hope so," he said of playing. "But I've got to get there first. I don't have much wiggle room left. I've got only one back."

Then the defending champion, Woods finished in a tie for 38th.