Sports The Ashes 2019: Jofra Archer "More Ready Than Ever" To Make Test Debut For England

The Ashes 2019: Jofra Archer "More Ready Than Ever" To Make Test Debut For England

Pace bowler Jofra Archer has played down the lofty expectations surrounding him ahead of his likely Ashes debut at Lord's. 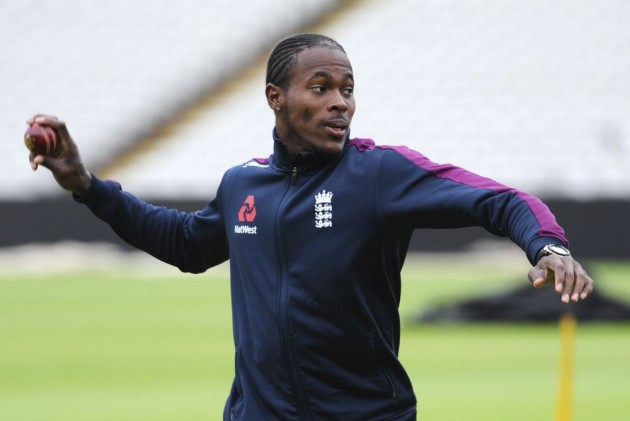 Jofra Archer is as ready as ever to make his red-ball debut for England but has warned he cannot work miracles ahead of the second Ashes Test against Australia. (CRICKET NEWS)

Archer looks set to earn his first Test cap on Wednesday, with the Sussex paceman likely to replace the injured James Anderson in the XI.

The 24-year-old featured as a substitute fielder as England lost by 251 runs in the first Test at Edgbaston but is now set to start at Lord’s as the hosts look to even up the five-match series.

Archer returned to Sussex last week to play for their second XI, taking 6-27 from 12.1 overs with the ball as Gloucestershire were skittled for just 79 on the opening day before following up his devastating spell by hitting a century, casting aside any doubts over whether he had fully recovered from a side strain.

ALSO READ: Worcestershire Match No Audition For Starc And Hazlewood

"I'm probably more ready than I've ever been," Archer told a news conference on Monday.

"Don't expect any miracles, firstly. Hopefully I'm going to make my debut sooner rather than later, but I can only come in and do what I can. I can't work miracles. I'll try to, but I don't think that's how it will work out. I can only give my best.

"I believe in Test cricket you get a lot more opportunities to redeem yourself. In 50 overs, if you don't have a good 10 overs that's it, you have to wait until the next game. You have ample chances to do it in the red ball game.

"Test cricket is the same as first-class cricket. You know what you've got to do, know what your strengths are. You've just got to stick to them."

When asked how Australia planned to deal with Archer, coach Justin Langer suggested to the media his side must look to wear the Barbados-born bowler down.

Archer, however, responded by insisting he will not wilt under a heavy workload.

"I've bowled 50 overs in one game already for Sussex, so I'm usually the one bowling the most overs anyway," he said.

"I think Justin Langer's got another thing coming."