Thangarasu Natarajan is a simple man with simple dreams. Then the dreams themselves kept getting bigger as if fate has willed. Today, he is helping others dream big. 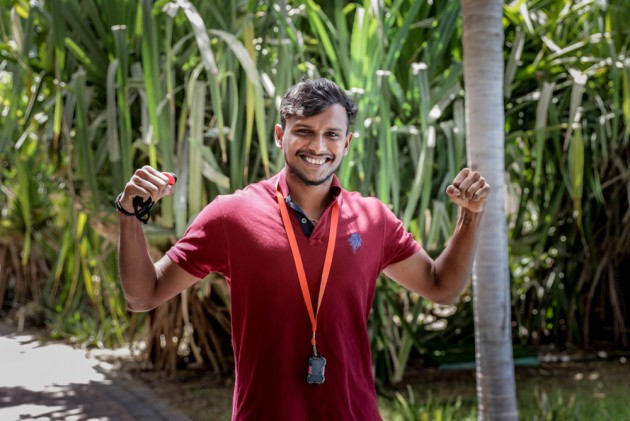 Born into poverty, Thangarasu Natarajan built a career out of cricket like no one has done it before. But like every other success story, it was not an easy path to stardom for India's latest cricket sensation.

His father was a daily wage worker and his mother sold snacks at a roadside stop in Tamil Nadu. Natarajan, with his four siblings, lived a life less fortunate, struggling even to buy notebooks and pencils while growing up.

Then cricket happened for the yorker king.

Bowling to some of the biggest batsmen in contemporary cricket and often getting better of them, Natarajan has truly arrived on the global stage.

The 29-year-old left-arm pacer now wears the latest number for an India international and has already scalped eight wickets in four games, and more in the IPL.

Behind his success, there lies a story of an indomitable spirit defeating the insurmountable odds.

Watch | Person Of The Year 2020: Rhea Chakraborty | Strength In Indignity

It all started in Chinnappampatti, some 36 km off Salem. Natarajan overcame difficulties at several levels -- including many bus rides to play tournaments for a pair of shoes, reported suspect action, warming benches in the Indian Premier League (IPL).

Then, his call to fame arrived during a dream IPL season with Sunrisers Hyderabad in the United Arab Emirates.

Also Read | Ind Vs Aus: It Was A Surreal Experience To Represent India, Says T Natarajan

It was followed by a trip Down Under with the national team and soon debuts in both the limited-overs formats against Australia, with him playing starring roles with the ball in front of a global audience.

And his bowling wrist would flash a tattoo with letters 'JP', in honour of Jayaprakash, who helped him find the joy in bowling yorkers.

But he is not resting on laurels. Natarajan is busy sharpening his yorkers and helping local children play cricket the right way at his academy.

Indeed, a story worth sharing.