In the Syed Mushtaq Ali T20 final at Surat on Sunday, Karnataka captain Manish Pandey not only top-scored but also hit the biggest six of the match 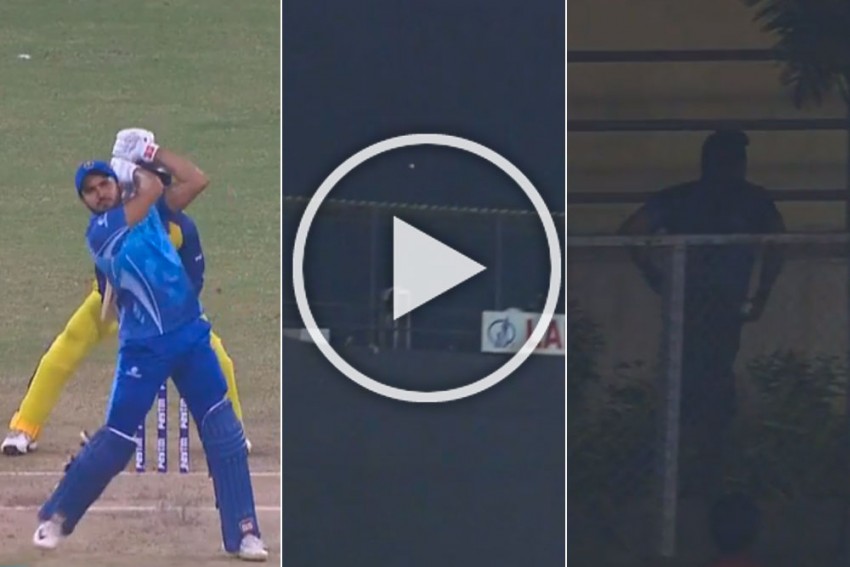 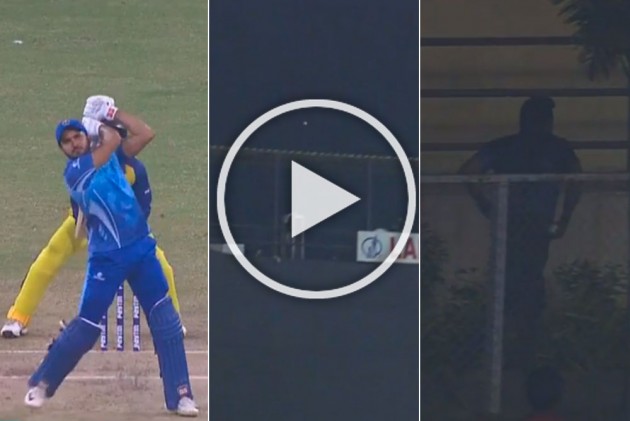 Skipper Manish Pandey led from the front with a sublime half-century before the bowlers produced a team effort to help Karnataka defend their title, beating Tamil Nadu by one run in a thrilling final of the Syed Mushtaq Ali T20 tournament at Surat on Sunday. (More Cricket News)

Sent into bat, Karnataka made a challenging 180 for five, riding on skipper Manish Pandey's unbeaten 60 and useful contribution from Rohan Kadam (35), Devdutt Padikkal (32) and KL Rahul (22). Karun Nair also made a fine 8-ball 17 to help his side's cause.

During his 45-ball knock, the skipper hit two sixes, including a monster that cleared the Lalabhai Contractor Stadium. Murugan Ashwin to Pandey, SIX runs,

In the ninth over, Pandey came down the track to hit the third ball, bowled by Murugan Ashwin, out of the stadium. And outside the stadium, as a crowd gathered to fetch the ball, a lucky fan ran away with the ball.

Watch it all here:

Then, Karnataka bowlers dished out a fine death over bowling display to restrict Tamil Nadu to 179 for six in their 20 overs.

All Tamil Nadu batsmen got starts but failed to capitalise on them. All-rounder Vijay Shankar top-scored with a 44 off 27 balls while Baba Aparajith made 40 off 25 balls. The duo shared 71 runs for the fifth wicket to give Tamil Nadu a glimmer of a hope.

After Aparajith's dismissal, Shankar and Ravichandran Ashwin (16 not out) kept Tamil Nadu in the hunt but they fell short of chasing down the target in the end.

Needing three off the last ball, Murugan Ashwin could only manage one as Karnataka captured the title for the second consecutive time.

In October, Karnataka had defeated Tamil Nadu to lift the 50-over Vijay Hazare Trophy for the fourth time.