Virat Kohli's agent Bunty Sajdeh is also a cousin of Rohit Sharma's wife, Ritika. Bunty was summoned by the CBI in connection to the deaths of Sushant Singh Rajput and Disha Salian 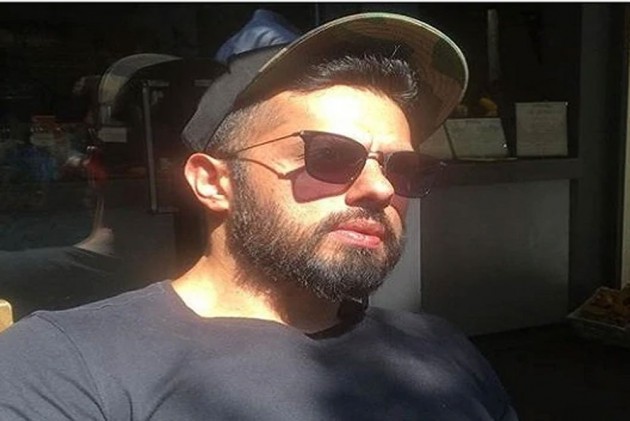 In an unexpected turn of events, the Central Board of Investigation (CBI) has summoned Bunty Sajdeh in connection with the Sushant Singh Rajput death case. (More Sports News)

Sajdeh, through his firm Cornerstone, manages some of the biggest names in sports and entertainment industry, including Indian national cricket captain Virat Kohli and several of his teammates. The agency was also handling the late actor.

Besides, the CEO of Cornerstone is also a cousin of Kohli's deputy Rohit Sharma's wife, Ritika.

According to an ABP Live report, the CBI "is quizzing Bunty Sajdeh in its ongoing probe in Mumbai after days of grilling the deceased actor's girlfriend Rhea Chakraborty, her family and Sushant's flatmates."

Earlier, it was reported that former bureaucrat RVS Mani had alleged a much deeper connection in the death of actor -- one that links Bollywood, the cricket world, Disha Salian, Bunty and Cornerstone.

"There are many coloured dots in this case. It is very important. Nobody is talking about this. There is a much deeper political connection and a much deeper conspiracy," Mani had told a news agency.

Salian, whose death is being linked to that of Rajput's, was working with Sajdeh's talent management company.

Rajput as found dead in his residence in Mumbai on June 14. The post-mortem report stated that the actor had committed suicide, but their late actor's father KK Singh filed an FIR in Bihar accusing six people including Sushant's girlfriend, actress Rhea Chakraborty and her family, for abetment to suicide among other charges.

Cornerstone was established in 2008.

"We work with brands to deliver unique and varied solutions ranging from celebrity associations, sponsorships, IP development and affiliations as well as brand activations," the website says.

"At the helm of 'Cornerstone' we have Bunty Sajdeh, the ruler of the 7 kingdoms," the website describes Sajdeh, the CEO. Sajdeh is also actor Sohail Khan's brother-in-law.

In July, Sajdeh defended Kohli in the skipper's conflict of interest controversy.

“This is with reference to the recent conflict of interest speculations surrounding Virat and Cornerstone. It is unfortunate to repeatedly see Virat’s name being dragged into absurd allegations every now and then,” Sajdeh said in a statement to PTI.

Sajdeh said the allegation of conflict is nothing but conjecture.

“Such speculations are based entirely on conjecture, nothing more. Virat is a contracted, exclusive client of Cornerstone exactly like the rest of our esteemed talent roster,” he asserted.