The Jamaican is giving up on his dream of forging a career as a professional footballer following his try-out last year with Australian side Central Coast Mariners. 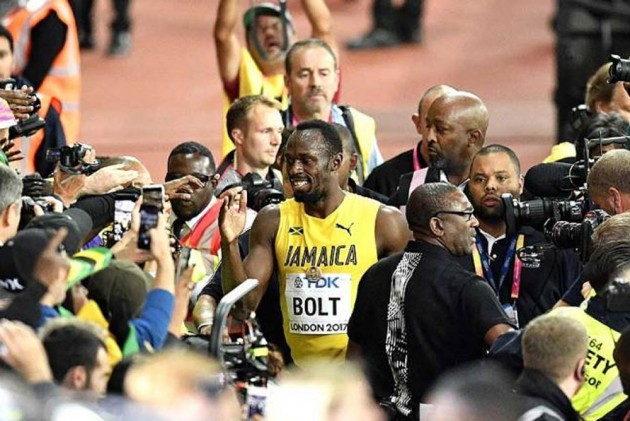 Usain Bolt is giving up on his dream of forging a career as a professional footballer following his try-out last year with Australian side Central Coast Mariners.

In remarks reported by Jamaican media outlets on Tuesday, the eight-time Olympic sprint champion said he had drawn a line under his hopes of playing football as a professional.

The 32-year-old athletics icon had told reporters last month he had not given up hope of becoming a footballer.

However, at an event in Kingston on Monday, Bolt said he now planned to concentrate on his business career.

"I don't want to say it wasn't dealt with properly, but I think we went about it, not the way we should and you learn your lesson, you live and you learn," he was quoted by Television Jamaica as saying.

"It was a good experience. I really enjoyed just being in a team and it was must different from track and field and it was fun while it lasted.

"The sports life is over, so I'm now moving into different businesses, I have a lot of things in the pipeline, so as I say, I'm just dabbling in everything and trying to be a businessman now."

Bolt was speaking as he handed over a $1 million cheque to help fund Jamaica's team at the Special Olympics World Summer Games in the United Arab Emirates in March.

The star of the Beijing, London and Rio de Janeiro Olympics meanwhile said he was concerned at failure of a new generation of Jamaican sprinters to emerge following his 2017 retirement.

Bolt questioned whether young athletes in Jamaica handed lucrative contracts were being given too much too soon.

"A lot of these athletes I think it's much easier now for them," he said.

"When we were coming up it was a struggle, we didn't get big contracts when we left high school.

"I think a lot of the athletes aren't motivated any more. When they leave high school and they get a big contract they are happy with whatever."