South Africa Women Seal ODI Series 4-1, Give India Plenty To Think About Ahead Of World Cup

South Africa rode on Anneke Bosch (58) and Mignon du Preez's (57) half-centuries to chase down the target in 48.2 overs. 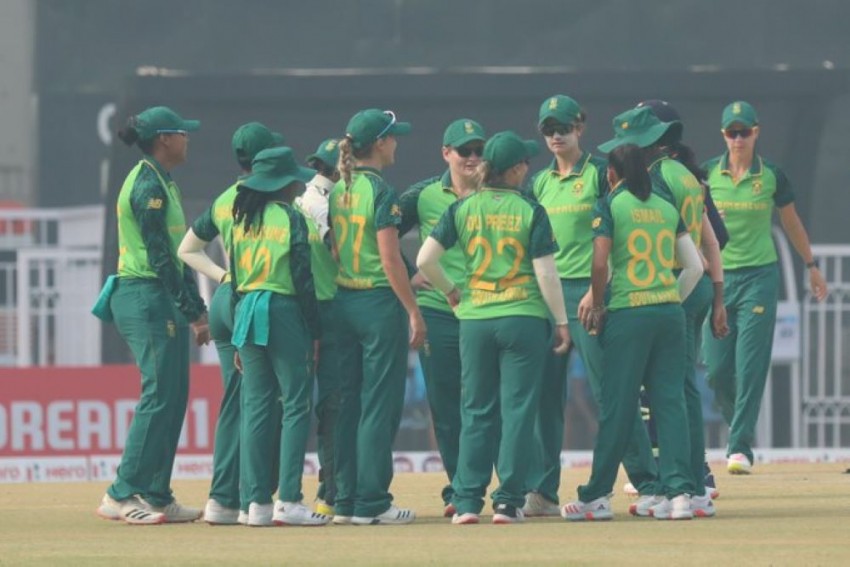 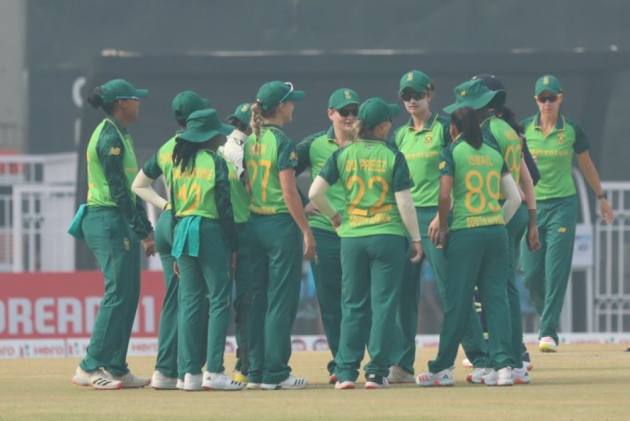 South Africa added salt to India's wounds by registering a five-wicket win over the hosts in the low-scoring fifth and final women's ODI to seal the series 4-1 in Lucknow on Wednesday.

Mithali Raj played a captain's knock by hitting a well-crafted 79 not out but it was only enough to take India to 188 all out.

South Africa then rode on Anneke Bosch (58) and Mignon du Preez's (57) half-centuries to chase down the target in 48.2 overs.

The series marked India's return to international cricket after 12 months. They  were naturally rusty to start with and by the end of the series, it seemed that they have a lot of work to do if they want to be title contenders for the World Cup early next year.

The batting needs more firepower and bowling concerns too need to be addressed as spinners, traditionally India's strength, struggled against South Africa.

Coming back after a long break, the India players had only a handful of training sessions ahead of the series as they also had to undergo a mandatory one week quarantine.

"Clearly, we do need some camps before series. We were underprepared, coming from a gap. The batting unit tried to improve consistently match by match. Our spinners need to improve," said Mithali at the post-match presentation.

"Other than the result, it's been a good series for us. Exposure for the young players, and opportunity to those players looking for rhythm. Congratulations to South Africa for doing so well in our conditions," she added.

South Africa's chase got off to a disastrous start as the visitors lost their top three batters including skipper Sune Luus (10) for just 27 runs.

Du Preez (57) and Bosch (58) the stabilised South Africa's run chase with a 96-run partnership for the fourth wicket before Indian bowlers pulled things back, dismissing both the set batters in quick succession.

At that stage South Africa were 131 for five, still needing 58 runs in 13 overs for a win.

While Bosch's knock was laced with eight fours and came off 70 balls, du Preez was a tad slower as she took 10 balls for her innings and struck just four boundaries in the process.

Marizanne Kapp (36 not out) and Nadine de Klerk (19 not out), however, ensured there was no further hiccups as the duo shared unbeaten 58 runs for the sixth wicket to guide South Africa home.

Earlier, Mithali steered India's innings after India lost three early wickets with the scoreboard reading 53 in the 13th over.

Together with Harmanpreet Kaur (30), who retired hurt due to an injury, Mithali shared 71 runs for the fourth wicket before the former left the ground in the 31st over.

Dayalan Hemalatha (2) and Sushma Verma (0) failed to provide the much-needed support to Mithali as the veteran Indian batter brought up her second fifty of the series and 55th overall in 78 balls in the 38th over.

Jhulan Goswami (5) and Monica Patel (9) too didn't trouble the scorers much as Mithali kept India's innings going single-handedly.
Debutant Challuru Prathyusha (2) also failed to make a mark as India slumped to 176 for eight by the end of the 47th over.

Mithali was left stranded at one hand as India kept on losing wickets at regular intervals  and were bowled out in 49.3 overs.

Medium pacer de Klerk was the pick of the bowlers for South Africa with figures of three for 35.