Sourav Ganguly is one of India’s greatest captains. Ganguly on Wednesday took over as the BCCI's 39th president, becoming the biggest name to head the world's richest cricket board. 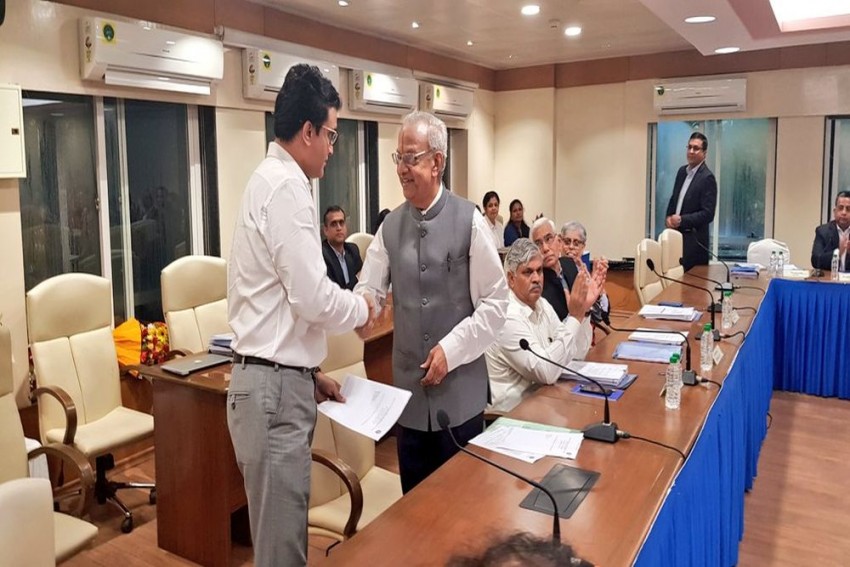 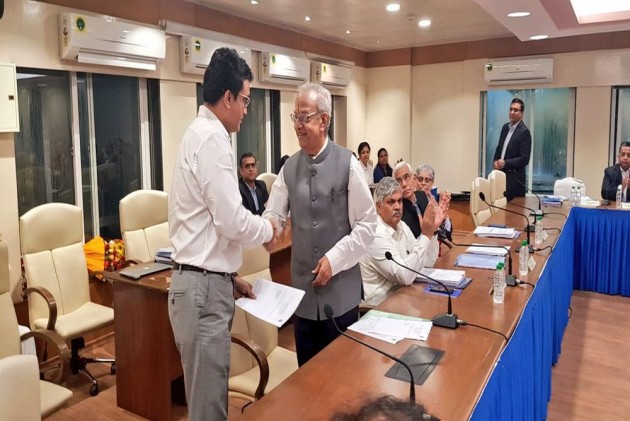 Sourav Ganguly has been formally elected as the BCCI president during the board's general body meeting in Mumbai. Ganguly, who has donned many hats, became the only contender for the top job last week. (CRICKET NEWS)

Ganguly, who led India to 21 Test wins and the final of the 2003 ICC World Cup, has already been an administrator for the CAB, first as its secretary and then president.

The man who retired with more than 18,000 runs in international cricket will aim to use the experience he gained while sitting at the offices of Eden Gardens to steer the Indian cricket board.

Ganguly, who made his ODI debut against the Windies in 1992, had a poor outing as he managed just three before being dropped. Four years later, he was named in the Test team for the tour of England, and Ganguly marked his arrival to the international scene with a century at the iconic Lord's. His 131 still remains the highest score by a visiting debutant at the venue.

At a time when the Indian cricket was plummeting into darkness after the explosive match-fixing scandal of 2000, Ganguly was named the captain. The decision turned out to be a masterstroke as he rebuilt the side and restored credibility. Under his leadership, India did well overseas – drawing 1-1 in Australia and England, and winning in Pakistan.

The finest moment of Ganguly's captaincy career came in 2003 when he led India to their second World Cup final and first since 1983. Not many gave India a chance of progressing that far in the tournament let alone making it to the final after their disastrous tour of New Zealand prior to the showpiece event. However, Ganguly led from the front, orchestrating wins over Sri Lanka, New Zealand, Pakistan, England and others to guide his side to the summit clash which they lost to eventual champions Australia. Ganguly had a successful tournament with the bat, scoring 465 runs at 58.12 including three centuries.

During his maiden tour of Australia in 1991-92, Ganguly was in the news for all the wrong reasons. He had refused to carry drinks despite being benched. Ganguly was soon dropped from the team with several reports suggesting that the team-management perceived him to be “arrogant”.

Ganguly left the entire cricketing fraternity shellshocked with his outrageous celebration after India chased down an improbable 326 against England in Natwest series final in 2002. A pumped up Ganguly let his emotions get the better of him by taking off his shirt and waving it at the Lord’s balcony. He later justified his act by saying that he was only mimicking the shirtless act performed by England allrounder Andrew Flintoff at the Wankhede in 2001.

Ganguly's career took an unexpected turn due to the infamous feud with Greg Chappell, who was appointed India’s coach in 2005. Ganguly's poor displays with the bat didn’t help his cause and he was eventually dropped from the team in October 2005 and was also sacked from captaincy. The entire episode had snowballed into a big controversy. The legendary cricketer did make a comeback to the team a year later but never captained India again.

Known for his outspoken nature, Ganguly found himself in a spat with current India coach Ravi Shastri. Ganguly was part of the Cricket Advisory Committee which was given the responsibility of choosing the India coach in 2016. The controversy had begun after Ganguly did not attend Shastri’s interview which took place through video conferencing as he was in Bangkok for a holiday. Later, Shastri slammed Ganguly for being overlooked. Ganguly then hit back at Shastri, saying that he was “living in a fool's paradise if he thought only one member decided his fate”.

Ganguly and Shane Warne were involved in a war of words when Kolkata Knight Riders took on Rajasthan Royals in the inaugural IPL. The incident happened when Graeme Smith pouched a low catch from Ganguly. While Warne and his teammates were celebrating the dismissal, Ganguly requested umpire GA Pratapkumar to refer to TV umpire Asad Rauf. The Knight Riders skipper got the benefit of doubt and was adjudged not out, much to Warne's frustration.

Later, Warne lashed out at Ganguly in the post-match press conference. "I was disappointed because in Bangalore we signed that wall about the spirit of cricket. If an international captain like Graeme Smith caught it and said it was a clean catch and Rudi Koertzen said he caught it, easy … Anyway, the players aren’t allowed to ask for the umpire. But Sourav asked the Indian umpire to go to the TV replay. That’s not in the spirit of the game so I was very, very disappointed with Sourav.