Sofia Kenin Back At Melbourne Park; Andreescu Out Of Open Warmup

The Yarra Valley Classic is one of six tournaments being staged at Melbourne Park this week to give players some time to prepare for the Australian Open, which starts next Monday. 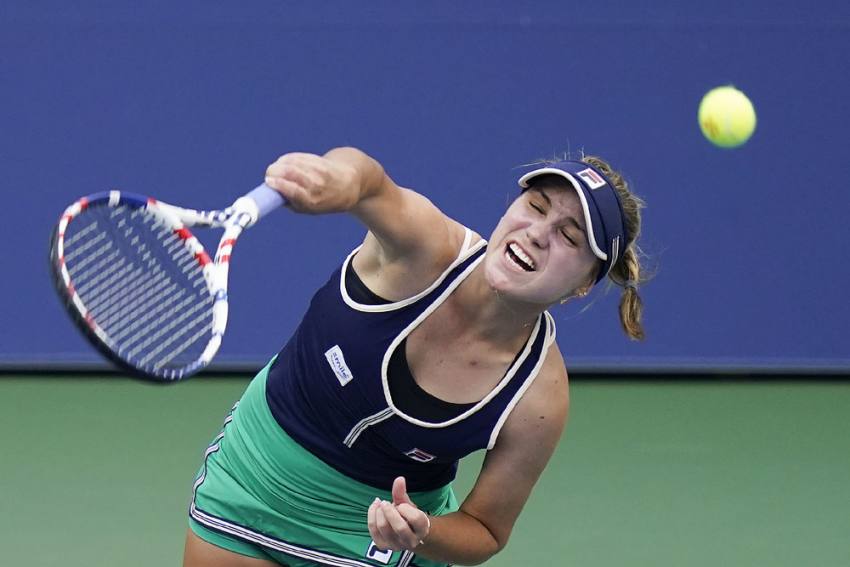 Sofia Kenin had a small crowd in the stands to watch her first match back at Melbourne Park since her Grand Slam breakthrough at last year's Australian Open. (More Sports News)

She loved it, although she would have enjoyed a longer stint on the court at Margaret Court Arena. Kenin had just won the first set 7-5 on Tuesday when Camila Giorgi called for the trainer and then retired from their match at the Yarra Valley Classic.

"It feels really great. So happy to see the crowd here," Kenin said in an on-court TV interview.

The Yarra Valley Classic is one of six tournaments being staged at Melbourne Park this week to give players some time to prepare for the Australian Open, which starts next Monday.

The ATP Cup, a 12-team competition involving Novak Djokovic's Serbia and Rafael Nadal's Spain, is among the three men's tournaments.

The season-opening major has been delayed three weeks because of quarantine and travel restrictions in place amid the COVID-19 pandemic. All players and passengers who arrived on 17 charter flights into Australia for the tournament had to spend 14 days in hotel quarantine.

"Tennis Australia did such a great job. Truly grateful to be here," Kenin said.

Bianca Andreescu's long absence from competitive tennis will continue for another week after the 2019 U.S. Open champion withdrew from the Grampians Trophy event scheduled to start Wednesday.

The 20-year-old Canadian hasn't played since the 2019 WTA Trophy because of knee and foot injuries, and is coming off a hard lockdown in Melbourne.

"Following the last two weeks in quarantine, it feels so good to finally be back on the court," Andreescu said in a statement.

"After discussing it with my team, we have decided to focus this week on training for the Australian Open and miss the Grampians.

"Many thanks to Tennis Australia and the WTA for their hard work in providing us all of these choices. See you all at the Australian Open!"

Andreescu was among the 72 players forced into the hard lockdown after being deemed a close contact of passengers on their charter flights who returned a positive test for COVID-19 after arriving in Australia last month. Her coach, Sylvain Bruneau, was among those who tested positive for the coronavirus.

Unlike the rest of the playing group, those in lockdown weren't allowed outside to practice for up to five hours a day.

The Grampians Trophy had a delayed start for that reason, and was mainly open to the players who hadn't been able to practice while in quarantine.
No. 12 Belinda Bencic is now the highest-ranked player in the draw, which also includes Victoria Azarenka, Angelique Kerber and Sloane Stephens.

Fifth-seeded Johanna Konta had a 6,2, 6-3 win over Bernarda Pera and No. 7 Elise Mertens beat Mayo Hibi 6-2, 6-2 in second-round matches at the Gippsland Trophy tournament.