So He Is Human! Ashes Star Steve Smith Dismissed For A Duck In Sheffield Shield

After leading the charge against England in the Ashes, Australia's talisman Steve Smith had less luck in the Sheffield Shield 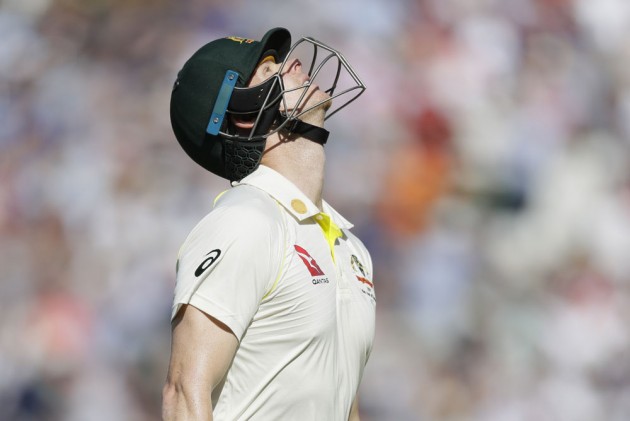 Maybe Steve Smith is human after all? He proved England's nemesis throughout the Ashes, but Australia's talisman suffered a rare failure at the crease in a Sheffield Shield match on Thursday.

Making his first appearance in the Shield since leading the way with 774 runs as Australia retained the Ashes, Smith was dismissed for a duck at the Gabba in New South Wales' encounter with Queensland.

Coming in at 12-1 to partner David Warner, who endured an altogether different series in England, Smith was sent back to the pavilion without scoring from five balls when he flashed at a Cameron Gannon delivery.

Gannon dropped short and wide of off-stump but Smith failed to capitalise, sending an edge to Joe Burns at second slip.

Turns out Steve Smith is human after all! Out for a duck on a day of #SheffieldShield carnage at the Gabba pic.twitter.com/9LI8VPga8x

With assistance from Nick Larkin, Warner (27 not out) managed to steady the ship and New South Wales ended day one on 50-3, 103 runs shy of Queensland's 153 all out.