Dhawan, who also scored his 33rd ODI fifty, achieved the feat in his 143rd ODI. 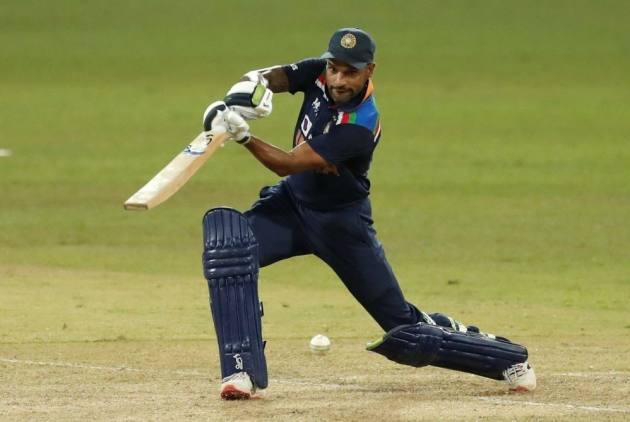 Dhawan, who remained unbeaten on 86 off 95 balls, became the 10th Indian to achieve the feat.

Dhawan completed the landmark while his team was chasing a target of 263 at the R Premdasa Stadium.

For India, the others who have crossed 6000 runs in ODIs are the legendary Sachin Tendulkar (18,426 runs), current skipper Virat Kohli (12169 runs), former skipper and current BCCI President Sourav Ganguly (11221 runs).

Dhawan, who has also scored his 33rd ODI fifty, achieved the feat in his 143rd ODI.

Here are other statistical highlights from the Sri Lanka vs India, 1st ODI:

* Sri Lanka recorded their highest score without a fifty by scoring 262 for nine in 50 overs in
the first match of the series against India at Colombo on Sunday (July 18).

* Chamika Karunaratne who made an unbeaten 43 off 35 balls with a four and two sixes was the top scorer in Sri Lankan innings.

* Sri Lanka’s previous highest total in one day internationals was 253 in 49.2 overs against Pakistan at Jaipur on October 17,2006. Sanath Jayasuriya’s 48 was the highest score in Sri Lankan innings.

* By reaching this landmark in the 140th innings of the 143rd match, the left hand opening batsman is the fourth fastest to 6000 runs in one day internationals

* Dasun Shanaka also led Sri Lanka for the first time and became the 25th player to captain
Sri Lanka in one dayers. He led Sri Lanka after playing 28 one day internationals..

*India made 57 runs without loss in the five overs which was their highest after five overs. The previous highest was 53 for no loss against Australia at Sydney on November 27, 2020.