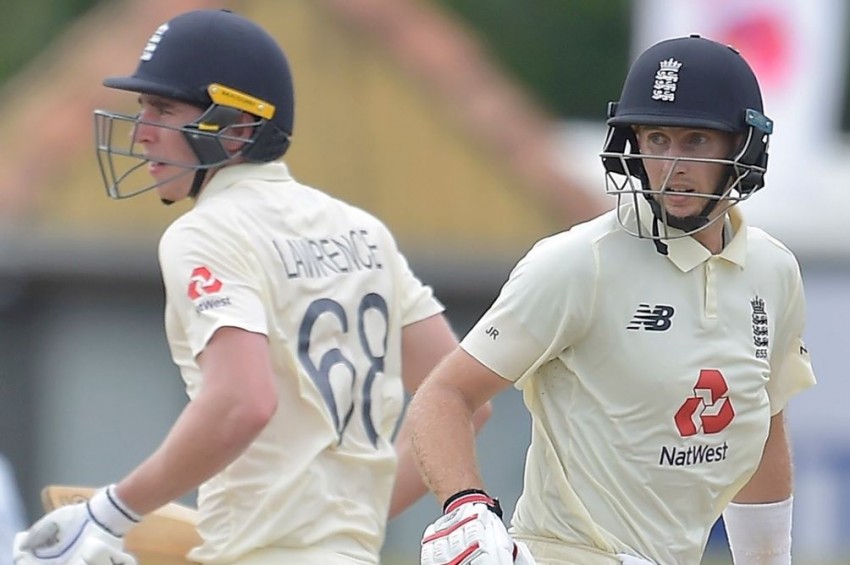 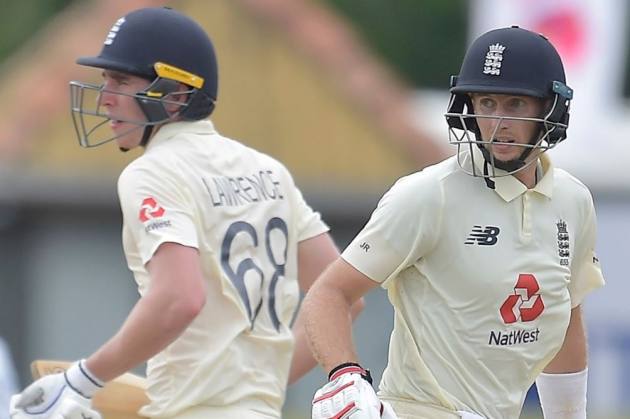 Joe Root led from the front with an unbeaten century to leave England in complete control of the first Test against Sri Lanka in Galle. DAY 2 Highlights | News

Resuming on 66, the England captain batted throughout truncated day two in masterful fashion, reaching 168 at tea before rain and bad light put paid to the final session, with the tourists on 320-4 - a first-innings lead of 185.

Debutant Dan Lawrence made a wonderfully fluent 73 as part of a 173 alongside Root, with Sri Lanka's main hopes of avoiding a heavy defeat already seemingly pinned on further unseasonably wet weather.

Events might have panned out very differently had Dilruwan Perera removed Root lbw with the first ball of the day, but an umpire's call fell in the batsman's favour and he was off and running with a straight four crunched back down the ground in the same over.

The tireless Lasith Embuldeniya claimed his third wicket of the match as Kusal Mendis held a sharp chance at gully to dismiss Jonny Bairstow three runs shy of a half-century.

Unfortunately for Sri Lanka, Lawrence showed no sign of debut nerves as his attractive, smooth-wristed style transferred easily to the Test arena.

The highlight of the 23-year-old's 150-ball knock came when he launched left-arm spinner Embuldeniya for a huge, slog-swept six.

Root and Lawrence played in unhurried fashion off front and back foot, devouring a heavy diet of spin bowling until Dilruwan found extra bounce with the second new ball to have the youngster caught by Mendis at short leg.

Jos Buttler's scratchy progress against Dilruwan showed batting might not be quite as easy on a turning surface as Root and Lawrence suggested, meaning England are ominously placed despite the lost time.

A happy changing room welcomes back the skipper!

A packed 2021 schedule is likely to define Root's reign as England's Test captain, with home and away series against India preceding a trip to Australia and a third crack at Ashes glory in his tenure.

He probably took a light lunch, having ended the first session on 99 in pursuit of a first ton in the longest format since November 2019.

In truth, the immaculate balance and judgement Root displayed throughout made an 18th Test century feel like a formality and, after nudging a single off Dilruwan from the second ball of the session, he went on to surpass Kevin Pietersen's 151 in Colombo in 2012 to make England's highest individual score in Sri Lanka.

Root and head coach Chris Silverwood will need to call on squad depth as they negotiate the challenges of the year to come and Lawrence's stylish introduction to the middle order was most welcome.

A remodelled Test side designed to bat time at the top of the order with the likes of Dom Sibley, Zak Crawley and Rory Burns now has another option in the engine room to make the purists purr. Ollie Pope knows he must hit the ground running on his expected return from shoulder surgery in India.

Sri Lanka's spinners have matched their batsmen for ineptitude at times, with Dilruwan struggling for length before finding some rhythm prior to tea and leg-spinner Hasaranga De Silva (0-63) going at more than four an over.

Skipper Dinesh Chandimal has turned time and again to Embuldeniya, who has wheeled through 38 overs for his 3-131. If a five-wicket haul arrives it will be the result of relentless toil.